Why Do Developers Prefer Ionic To Build Progressive Web Apps? 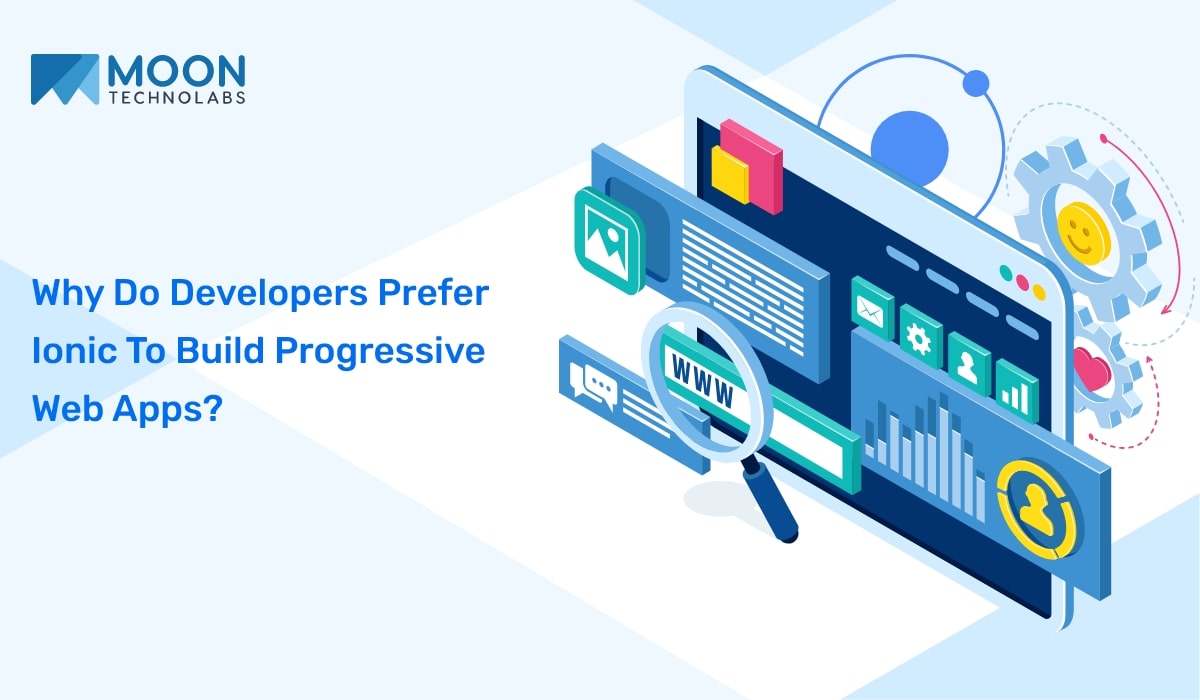 There’s an organization called Drifty Co. that created the Ionic framework back in 2013. Within two years, developers specializing in Ionic had built more than 1.3 million apps with it. By 2015, Ionic managed to become a breakthrough technology among developers spread throughout the world. After that, it never had to turn back.

So, what’s the deal with this framework? What made it so famous? Why is it one of the best for developing progressive web apps or PWAs in such a short period?

According to experts, Ionic is a fully open-source SDK suitable for building hybrid mobile applications. The suite of Ionic provides services and tools for developers using technologies like HTML5, CSS, and SASS.

It’s possible for an ionic developer to create any mobile app using these technologies and distribute the same through app native app stores. Progressive web apps are the best things developers can build using Ionic.

What is a progressive web app? Experts often say that a PWA can be the savior of humankind, but why? You’re probably aware of the fact that a native app doesn’t need an internet connection to work. They can send push notifications and possess other features too.

You also know that a web app remains restricted by the properties of a web browser. They can’t run offline or send push notifications. However, they’re smaller and have all the other features of a native app.

In that regard, a progressive web app is the future of mobile applications because it bridges the gap between native mobile applications and web applications. PWAs provide a collection of technologies, web APIs, and design concepts that can work in combination. In the end, users receive app-like experiences on the mobile web.

If you’ve been going through this topic from the beginning, you already know that the Ionic framework is an open-source SDK. By delegating the task of development to an ionic developer, you’ll get a hybrid mobile application. Now, only one question remains – what makes Ionic so popular among mobile app developers?

Well, for starters, it has several unique features. Developers specializing in Ionic can work with more than 120 native device features, including fingerprint authorization, HealthKit, and Bluetooth, combined with TypeScript extensions and Cordova plugins. It makes the work of app developers easier, especially when they have to build advanced mobile solutions.

Here are the primary features of this framework.

Now that you know about Ionic and PWAs, it’s time to look into why you should hire ionic developer from agencies like Moon Technolabs to build progressive web applications.

It’s best to start with a few statistical pieces of data.

Also Read : Flutter Vs. Ionic: Which One Should Be Your Choice?

As you can see from the information provided above, some of the most recognized business brands are currently using PWAs created using Ionic. A few other business firms utilizing Ionic-based PWAs include Twitter, Starbucks, and Forbes. All these brands have been enjoying a significant increase in user engagements with their PWAs.

Reasons to use Ionic

So, why should you hire ionic developer for your PWA? After all, other frameworks are also available. If you continue reading, you’ll find a few compelling reasons why Ionic should be your choice.

The first and the most important reason to use Ionic is that it allows your developers to combine different programming languages. For instance, they can use HTML5, CSS, and JavaScript to build apps on the Ionic framework.

The blend of these three languages is powerful enough to make any development agency deliver an excellent UI for your targeted audience. That‘s why you should choose Ionic, especially if you wish to build a visually appealing application. Remember to ask your app development team to use HTML5, CSS, and JavaScript with Ionic.

Ionic is an easy-to-move platform. You won’t get this feature on any other framework. If you choose to develop a native application, your developers will have to write code separately for every OS.

This problem won’t be there if you resort to Ionic. The platform gives your developers the liberty to deploy code easily on any OS, whether Android, iOS, or Windows.

One more reason to use Ionic is that it receives support from Angular. It’s a common framework used in building interactive applications for mobile devices. In reality, Angular has a component API that works as the foundation of the framework of Ionic.

Furthermore, the extensions of sentence structuring of HTML provided by Angular.js makes it easy for your developers to include advanced yet user-friendly features in your application.

Ionic provides an all-inclusive pool of Cordova plugins for your mobile app developers hired from Moon Technolabs. Cordova is just a collection of plugin bridges and command-line tools. These components help your developers in building native applications.

Cordova does it by calling native code from JavaScript. It also adds platforms, runs them, and aids developers in creating mobile applications. As Ionic is a framework based on HTML5, it sorely needs a native partner. Cordova plays the role of this partner by ensuring its functioning as a native application.

Finally, it’s the incredibly powerful CLI of Ionic that makes this framework the best for developing progressive web applications. The CLI of Ionic makes it possible for your developers to build, write code, inspect, and deploy apps to the platform of your choice.

Developers of Ionic receive the functionalities found in native SDKs from the CLI of this framework. It even includes an inbuilt development server, apart from several tools for debugging purposes.

At this point, you should have most of the information you need. However, it isn’t easy to explain everything about a specific framework in so few words. If you wish to learn more about the framework of Ionic and contemplate its abilities in terms of building PWAs, you should get in touch with Moon Technolabs.

Moon Technolabs is an app development and software development agency. In reality, it’s one of the best digital product development companies you’ll find in the market right now. If you have an incredible idea, and if you need help in converting the same into a web application, this company can help you.

You can also contact this agency if you simply need more information on Ionic and its PWA development specialties.

What is Ionic?
Ionic is an open-source mobile app development SDK suitable for creating native applications, as well as PWAs, with relative ease.
What is a PWA?
A PWA or progressive web app is a website designed with the features possessed by native mobile apps and conventional websites.
Which brands invest in PWAs?
Some of the most recognized business brands in the world invest in PWA development. A few of these brands include Pinterest, Starbucks, Uber, Facebook, Twitter, Lyft, and Forbes.

Which Android App Development Tools Deserve Your Attention This Year? »

« The Rise Of Cryptocurrency & Smart Contract In Blockchain Industry