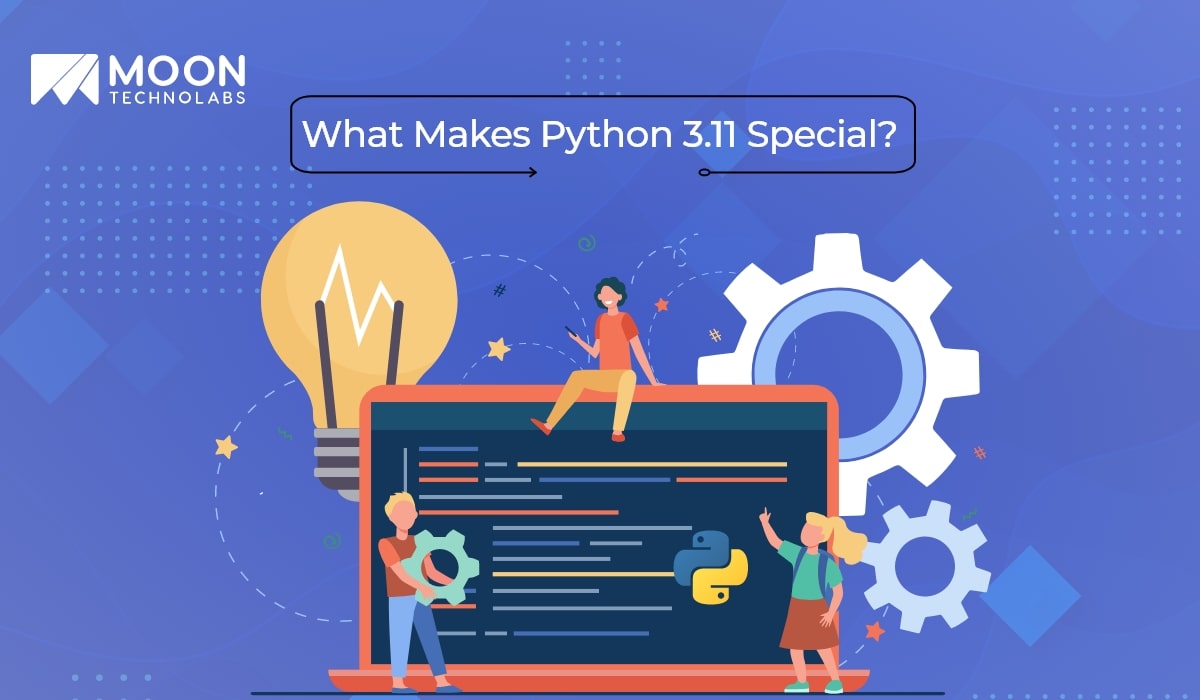 There aren’t many programming languages as effective as Python when it comes to developing enterprise-level digital products and solutions. However, the latest versions of any programming language, framework, library, or other development tools are usually the best. After all, they bring new features. That’s why Python 3.11 deserves your attention.

No matter how many digital product developers you speak to, everyone will say the same thing – Python is one of the best programming languages ever created by humankind. It remains hidden, but it controls things people use almost every day from the background.

For instance, it controls Netflix recommendations. Developers also used it to create software programs that can run self-driven automobiles. As you can see, Python possesses unmatched power.

The kind of digital product you want to create doesn’t matter. As long as you choose Python, you’ll get results beyond your expectations.

After all, they bring new features and functionalities while fixing bugs and issues pestering the predecessors. That’s why you should look for a development firm that uses the newest version of Python. Here you’ll learn more about v3.11.

Before getting into the thick of things, you’ll probably appreciate a proper explanation of what this programming language is all about.

As mentioned above, it’s a general-purpose language that a developer can use to build software solutions, mobile apps, web apps, and more. It also facilitates automation and data analysis. Furthermore, Python doesn’t serve a specific purpose. It can do a lot more than you think.

Due to the versatility of this programming language, business owners always ask the top python app development agency to use it when building enterprise-grade solutions for them. The user-friendliness of the programming language allowed it to earn the love and respect of developers from all four corners of the world.

According to a group of market researchers, these reasons made Python one of the most preferred programming languages in 2020.

The ease-of-learning feature of Python makes it popular among non-developers too. Those who have a knack for learning the intricacies of tech tools like this one often use it to perform several tasks.

For instance, young entrepreneurs resort to Python to organize their finances, manage accounts, work on scientific developments, etc. Here are a few ways how developers use Python.

Today, Python and data science go hand in hand. Due to a constant increment in the strength of the connection between the two, one can’t survive without the other.

Experienced Python developers can use the programming language to create data visualizations, ML algorithms, conduct complicated calculations, and analyze or manipulate data. Python allows them to complete every data-related chore. Thanks to this programming language, it has become easier to conclude these tasks.

Business owners often have to perform the same task again and again. As a result, they end up wasting valuable time, energy, and resources. The top python app development agency, however, can build automation tools for you using this programming language.

Even if you don’t hire professionals, you can use Python to automate the simplest tasks.

Python programmers often use it to build the backend of websites and web applications. Python’s uses in web development incorporate sending and receiving data to and from servers, processing data, URL routing, and offering security.

The most common frameworks associated with Python web development are Django and Flask.

You can learn Python and use it even if you have no experience in coding. In reality, you should attempt to contemplate the intricacies of this programming language to simplify everyday chores. Here are a few of those tasks you can manage with Python.

Now, it’s time to take a look at what Python 3.11 allows the providers of custom python application development services to do.

This feature incorporates leveraging the information used by another feature of Python 3.11 – enhanced traceback. The newest version of this programming language provides this feature to developers in the form of an API. They can use it as many times as they want to correlate the instructions of bytecode with the source code.

Whenever your provider of custom python application development services prints tracebacks, the interpreter will pinpoint the error-ridden expression. Therefore, your project’s developers won’t have to point the line. Python 3.11 will unearth the error by itself.

Older versions of the framework didn’t have this feature. They could highlight the line, but nothing more. As a result, it becomes ambiguous about a project described as “None.” However, developers have to store column positions in coded objects when using this feature.

Also Read : Node.js Vs. Python: Which One Is Better For Your Project?

Here, your developers will add the “note” field to the “base exception” field. By default, it remains described as “none,” but Python development experts can set it to a string that gets added again to the traceback of the exception.

Despite all the enhancements mentioned above, the creators of Python 3.11 didn’t add any new modules. They only enhanced the existing ones. These modules include “math,” “fractions,” “operator,” “OS,” “squlite3,” “sys,” “time,” “threading,” “Unicode data,” “fcntl,” and more.

If you want a more in-depth explanation of the features of Python 3.11 with code examples, you’ll find it here.

Whether you’re a developer or a non-developer, the latest version of this programming language has a lot in store for you. If you’re a business owner, and if you want to leverage the abilities of Python for your digital product, you need the services of agencies like Moon Technolabs.

Of course, the choice of an agency depends entirely on your preferences. You only need to make sure that you hire the right one. You’ll need time to research various service providers, but you shouldn’t hesitate to invest time in this task. The wrong choice will jeopardize your project.

These Are The Top 7 Alternatives To React Native »

« Why Does .NET MAUI Deserve Your Attention If You’re Planning To Use Xamarin?