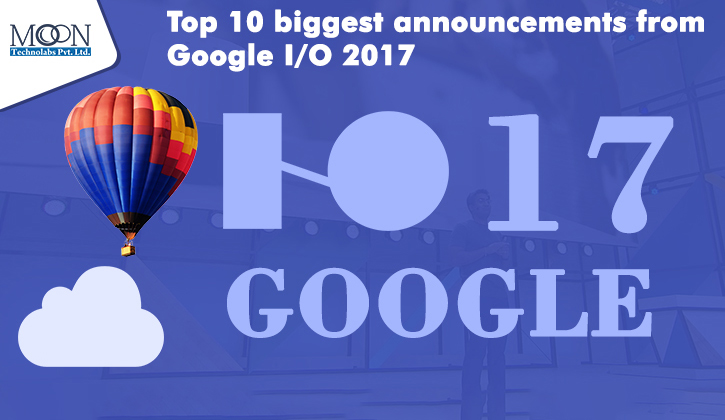 Google IO recently made one quick initial attempt, outside their usual areas of competence. This change incorporates reshaping all its products to continue its dominance. Dave Burke, vice president (Engineering) Android at Google, informed populace about new developments in pipeline.

Android GO is the latest initiative by Google and Android O is its recent release that makes it easy for Android to work on devices that require less memory (512 GB RAM or less). Nexus Player, 6P, 5X and Pixel XL, C owners can now enrol their device for Android O Beta Program.

Smart Reply makes three automated response suggestions available for an email. You may send them as is or may select it, edit, and send.

Google has introduced “Lens feature” that makes use of your camera as an input device. This feature incorporates machine learning, computer vision, and AI and AR techniques into it and hence helps you analyze what is in front of you.

It now integrates languages like Kotlin, French and German and even works with iphone now. Android Studio v3.0 will make this available.

Share more images, more videos via virtual reality headsets to those who use compatible smart TV’s. Alternatively, take screenshots from headsets and make it visible on social media.

Google will soon make online payments possible. It will require you to activate Google Assistant on your device and you are all set to make payments to friends and family.

It will detect your voice and allow hands-free calling. Ask it to call mom and it will follow. Users can make free calls from Google Home and that too by a default private number.

3D images / videos can be converted into a mobile compatible format.

Artificial intelligence will be the future of all future applications by Google. TPU chips will optimize hardware and machine learning platforms. Google’s cloud computing platform is converted into Android for Artificial Intelligence.

You Tube will now come with a super chat option. You can comment over a livestream video and pay to get it highlighted as super chat.

Now you have an option to share virtual reality videos with live audience on YouTube mobile app.

Suggested share option with Google Photos allows users to share their photos automatically with a suggested individual or a group.

Visual Positioning Service or VPS allows you to map indoor locations. It can help users locate a particular product in store.

Latest proclamation by Google CEO, Mr. Sundar Pichai proposed a melioration of prevalent Google features and apps. Google I/O 2017 keynote has paced up and proved to be a knotty contention. We have simply listed top crucial factors that could stir a whirlwind and will make these features more conversational by taking AI to Android and beyond.

How To Stay On-course in the Wearable App Development Market? »

« Know the complete facts behind PHP and its resurgence