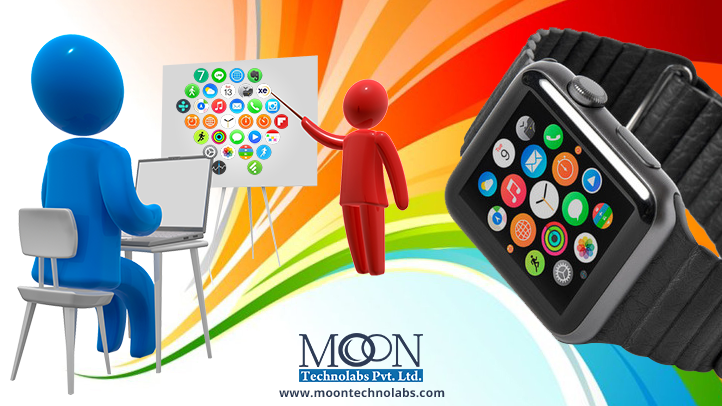 Apple watch released on April 24 and from then and now there has been great experience of users using Apple Watch.

Let’s see what does app developers need to know about Apple Watch. Here we share you few things that is must for developers:-

Some UI essentials for the Apple Watch

Concluding this we came to know that there are still many things to consider when going for such unique and innovative technology. App development for Apple is little bit tough. So, Moon Technolabs pay special attention to the UI to create powerful and elegant apps that enhances your brand image and have crafted crisp and competitive apps for iOS platform.Third party compatible apps for Apple watch should be developed with care. Moon Technolabs have expert developers who can work on Apple app development.

Microsoft to Launch its Own Sim Cards for Windows Devices »

« Why Apple/iOS Developers should shift to Swift?