Should You Choose React Native Or Swift For iOS App Development? 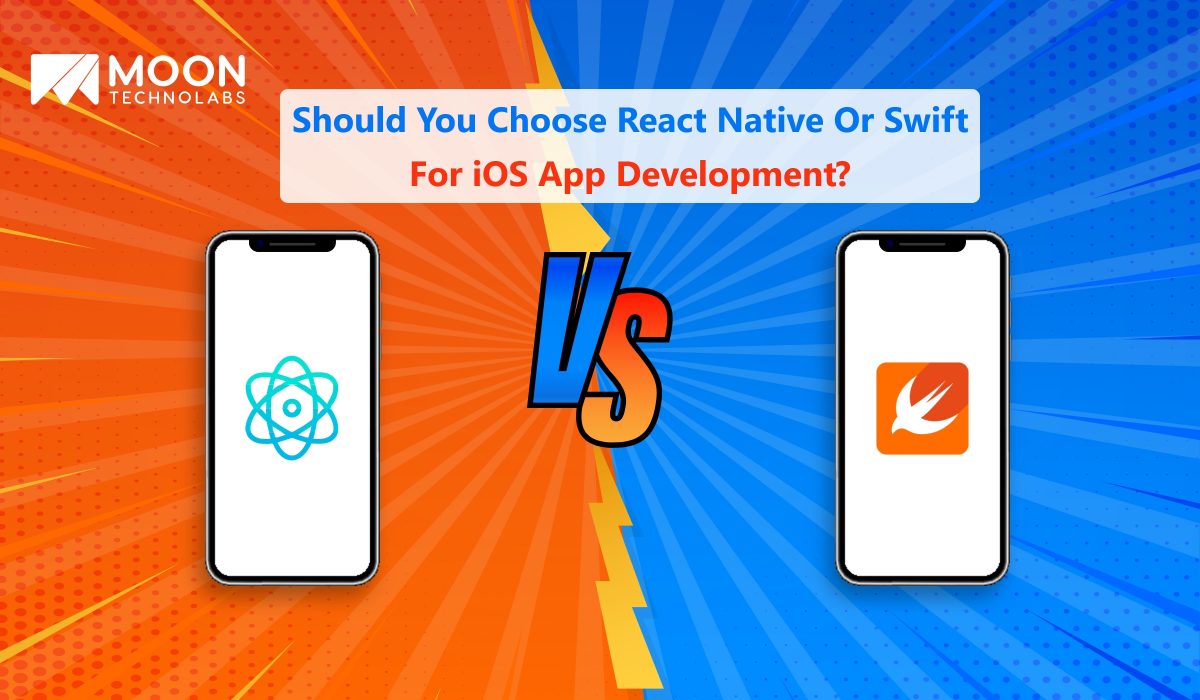 Have you been thinking about developing a cross-platform application or a native iOS solution for your business? How will you make the right choice regarding technology that’ll yield an interface worth showcasing? This topic will answer these questions and more.

This write-up is primarily a comparative study of React Native and Swift – two different technologies preferred for building iOS applications. Before getting into the thick of things, however, you and your preferred swift app development company have to solve this riddle.

Is it possible to use Swift, as well as React Native, to build a native app for iOS?

Both frameworks are powerful enough to help developers build apps for iOS devices efficiently. Then again, a few factors determine the language developers should use to create the application.

Without further ado, this topic will take you directly into the pool of comparison to help you contemplate both technologies.

React Native is an exceptionally renowned open-source app development framework that works on JavaScript. It mostly focuses on rendering apps natively, which are primarily compatible with Android and iOS. The creators of React Native wrote it by combining JavaScript and XML –Esque markup language.

Experts describe Swift as a robust programming language with multi-paradigm abilities for building applications for Mac, iOS, Apple TV, Apple Watch, and Linux OS. Apple created and released Swift about seven years ago and made it open-source. For developers, Swift is simple enough to read, write, and maintain. They need to use straightforward syntax to do it. 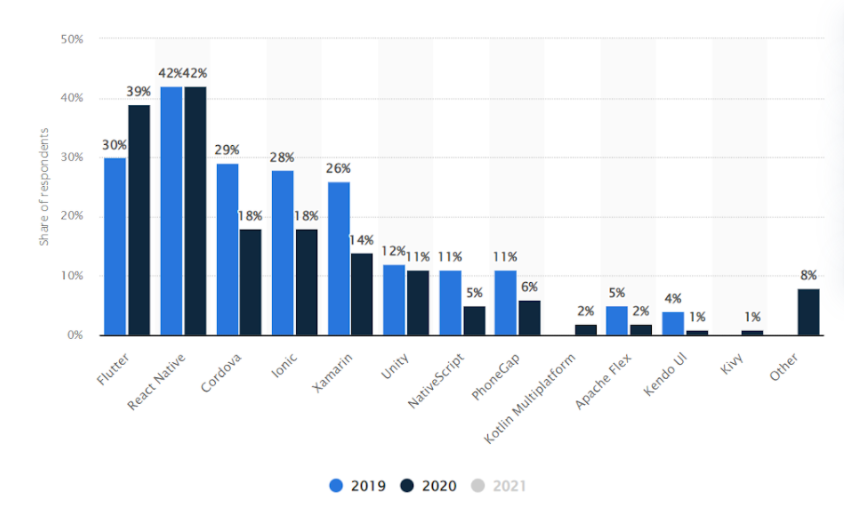 React Native converts an application’s markup to replicate the authenticity of UI elements without compromising performance.

API native rendering of React Native may fail to support specific native elements of UI. As a result, the UI can become off-putting

Some of the libraries from third parties may turn out to be obsolete.

Swift possesses clean syntax and fewer lines of code. Naturally, it reduces the possibilities of mistakes during reading, writing, modification, and maintenance.

Swift boasts of a structured and robust system of typing with error-management systems. As a result, developers can find and squash bugs within a short time.

As Swift is a relatively new entrant, only a handful of developers use it. Also, the developer community needs time to grow.

Swift utilizes clunky LLDB functions and services. It may not be able to debug compiler errors properly.

Developers can’t use the Hot-Reloading feature in Swift. That’s why they need time to make changes to the code.

Now that you’re aware of the pros and cons of using React Native and Swift, it’s time to explore the performance capabilities of both frameworks. It’ll help you determine whether to work with a swift app development company or React Native development firm.

The app development community never liked the performance of React Native. It has three elements, including a JavaScript thread, a bridge, and a native thread. The bridge works as the mediator between the two threads.

Swift, on the other hand, can run complicated app logic and the heaviest computations surprisingly fast. There’s the LLVM compiler that converts the code of Swift into optimized native code. As a result, developers get direct access to APIs and device hardware components.

React Native bridges the gap between the JavaScript thread and the Native thread. Based on this functionality, the code of JavaScript communicates the Native API with the platform. React Native utilizes JavaScriptCore separately to make all the codes work on iOS.

Some of the architectures used in building applications on Swift include MV, Viper, MVVM, and Clean. The architecture of Clean has the templates of Xcode to generate the components. Developers can modify these template components depending on future requirements.

When it’s about building a complicated application, should you hire react native app developers from Moon Technolabs? Or will you stick to Swift?

Indeed, it’s perfectly possible to create complicated native applications on React Native. However, you must know that your developers can do it only when you incorporate native development with React Native.

Swift is an excellent choice if you want to include native features in your app or any other complicated integrations. Swift works well for apps with the most complex infrastructure in need of features native to iOS.

Yes, the ability of a framework to facilitate app testing is a crucial determinant. You have to consider this particular aspect if you want your mobile solution to succeed.

React Native doesn’t receive official support for testing at the UI level. It doesn’t get any integration testing support, either. Additionally, only a few frameworks with unit testing systems are available to developers for inspecting React Native applications.

To test apps for iOS devices, Swift utilizes Xcode. It facilitates both UI and unit testing. For unit testing, Xcode starts the app first and then runs tests. If it spots one or more bugs, it sends a report to the developers before moving on to the subsequent test case. The UI testing process works just like unit testing, but it leverages XCUITest.

Well, there you have it – a comprehensive comparative study of the two most popular frameworks in existence for developing iOS applications. The creators of both frameworks designed them specifically for offering the best UX on native platforms. Also, both frameworks have exclusive advantages and disadvantages.

If the information provided above doesn’t help you in making the right decision, then you should hire react native app developers based on the factors mentioned below.

Conversely, Swift should be your choice if your idea satisfies the following conditions.

These considerations will aid you in making an informed decision. You can always contact Moon Technolabs if you wish to learn more about the differences between React Native and Swift, as well as their abilities.

How much will it cost you to hire developers?
The approximate rate of hiring React Native developers is $62/hour. Swift developers, however, charge somewhere between $80 and $350/hour.
What about the sizes of the apps built using these frameworks?
The initial size of an app developed using React Native should be around 7 MB. However, it can increase to almost 14 MB if developers add native dependencies. Swift apps, on the other hand, won’t be larger than 6.7 MB.
Where should you look for React Native and Swift developers?
Moon Technolabs is one of the best app development agencies where you can look for developers. Of course, you can explore other companies too.

Xamarin Vs. NativeScript: Which One Is The Ideal Cross-Platform Framework For Your Project? »

« What Is An NFT? The Informative Guide For Beginners In 2022