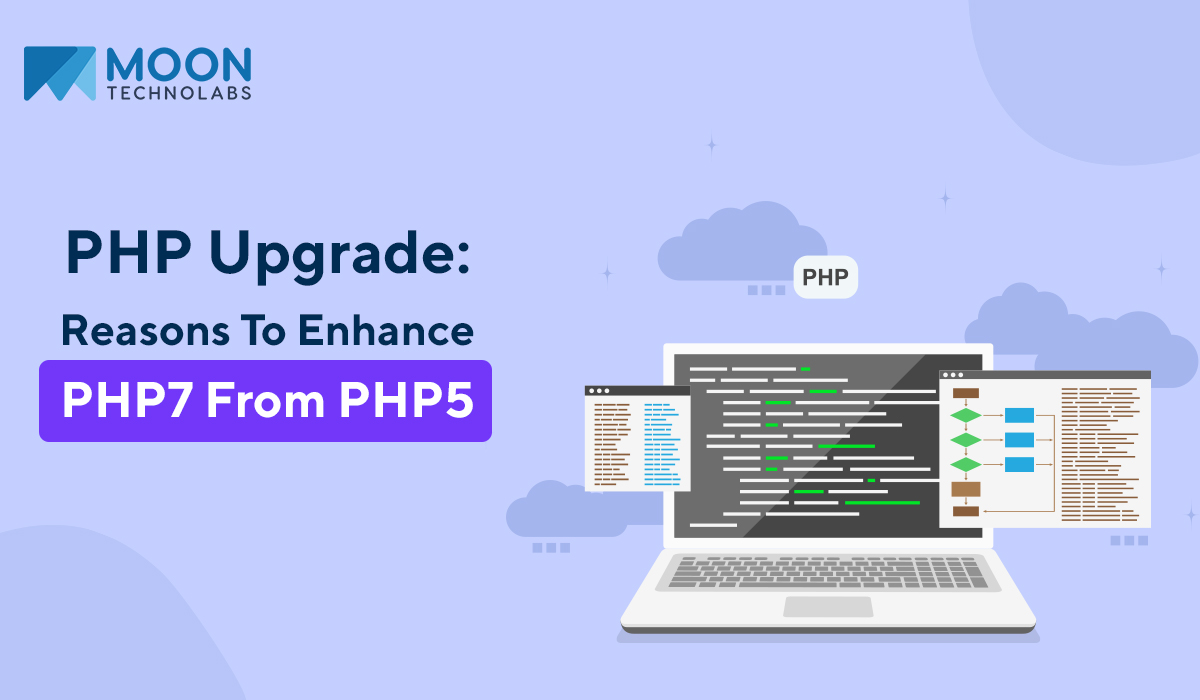 Those who are new to PHP or never followed it closely should know that PHP 5 came before PHP 7. The former hit the market in August 2014, while the latter appeared in August 2017. Today, almost every developer, veteran, or novice, wants to know the differences between the two. This topic will elucidate the matter.

It’s the immense flexibility of PHP that makes it so popular. Today, close to 90% of all websites run on PHP. The ratio, as you can see, is quite attractive, and it’s increasing rapidly. Sooner rather than later, it will cover an incredibly massive landscape in the field of web development.

Now, PHP is undoubtedly, one of the best server-side scripting languages that you’ll find. That’s why the dedicated PHP development company uses it in almost every project. According to researchers, developers from all corners of the world used the PHP platform to create around 79% of all business websites. It proves how popular this language is!

Generally, developers utilize PHP5 for every project, and there’s nothing wrong with it. However, if you want your website to have mind-blowing features, or if you wish to bestow modernity upon an existing site then you need to work with developers that use PHP 7. These reasons will tell you why.

(1) The standard of performance: One of the most significant differences between PHP 5 and PHP 7 is that the former utilizes the ZEND II engine. The latter, on the other hand, runs on a more powerful model called the PHP-NG, where NG stands for Next Generation. It enhances performance by almost two times compared to the previous one. Additionally, the more advanced engine doesn’t require too many servers. In fact, it can cater to the same number of users.

(2) Supported by 64-bit machines: PHP7 works on 64-bit computers and allows the user to store a lot of files. PHP5 doesn’t have this facility. Only 64-bit devices can support large files, but they experienced problems in the languages. Soon after this issue popped up, PHP7 reappeared with 64-bit integers. Even with large files, 64-bit integers allow a developer to run the language without hesitation on a 64-bit computer.

(3) Handling errors: Error handling doesn’t take long to turn into a nightmare on PHP 5. As a result, no dedicated PHP development company will be comfortable using it. These agencies always resort to PHP7 and the Engine Exceptions Object system that it introduces. It replaced most of the errors. While exceptions do exist, handling them shouldn’t be too difficult for experienced developers.

(4) Matters concerning the memory: PHP usually delivers a better performance mostly because of its memory savings capabilities. PHP 7 doesn’t use as much of a computer’s memory as PHP5 as it has the brand new zval representation, as well as the hash table implementation feature.

(5) The operators are new: Unlike PHP5, PHP 7 has been helping developers inestimably by bringing new operators. There’s the “three-way comparison operator” or the “spaceship operator,” for example. They have been incredibly helpful from the start regarding sorting and more combined comparison tasks. There’s another operator called the “null coalescing operator” designated by the “??” sign. Developers use it to check the existence of a few things.

(6) Enhanced features: PHP7 arrived after PHP 5, and you can expect to have better functionalities, including the CSPRNG function, Return type declaration, etc. PHP5 won’t be able to stand against PHP7 in any way, but it still boasts of unique functionalities, such as the augmentation of the XML extension, Superior Soap Implementation, etc.

(7) Supporting asynchronous programming: PHP 5 made things difficult in running several activities at the same time. It’s another one of the reasons why the providers of customize PHP web development services prefer using PHP7.

In fact, they can handle several tasks at the same time with this platform. For instance, developers can access the database, work on different input-output operations, set timers, or manage networking without interruptions of any kind. PHP 7 even has a multithreading environment of operation that enables it to work on requests that come simultaneously from the server.

(9) Declaration for group use: It’s the updated version of PHP7 that enhances the readability of the code with appropriate group use declaration. Developers can use it to declare the functions and constants properly while using groups. On the other hand, PHP5 only allowed individual declarations and only for regular namespaces.

Final words
It should be clear from everything described above that PHP 7 is a cut above its underdeveloped predecessor. The providers of customize PHP web development services can deliver the best of everything if they shift from PHP 5 to PHP 7. Hundreds and thousands of companies all over the world are already reaping the benefits of the enhanced version of PHP. Indeed, the upgrading task can be a bit too tedious. However, after taking care of it, developers and their clients will witness a significantly enhanced phase of development and outcome.

Android App Development Trends That Grabs Your Attention In 2021 »