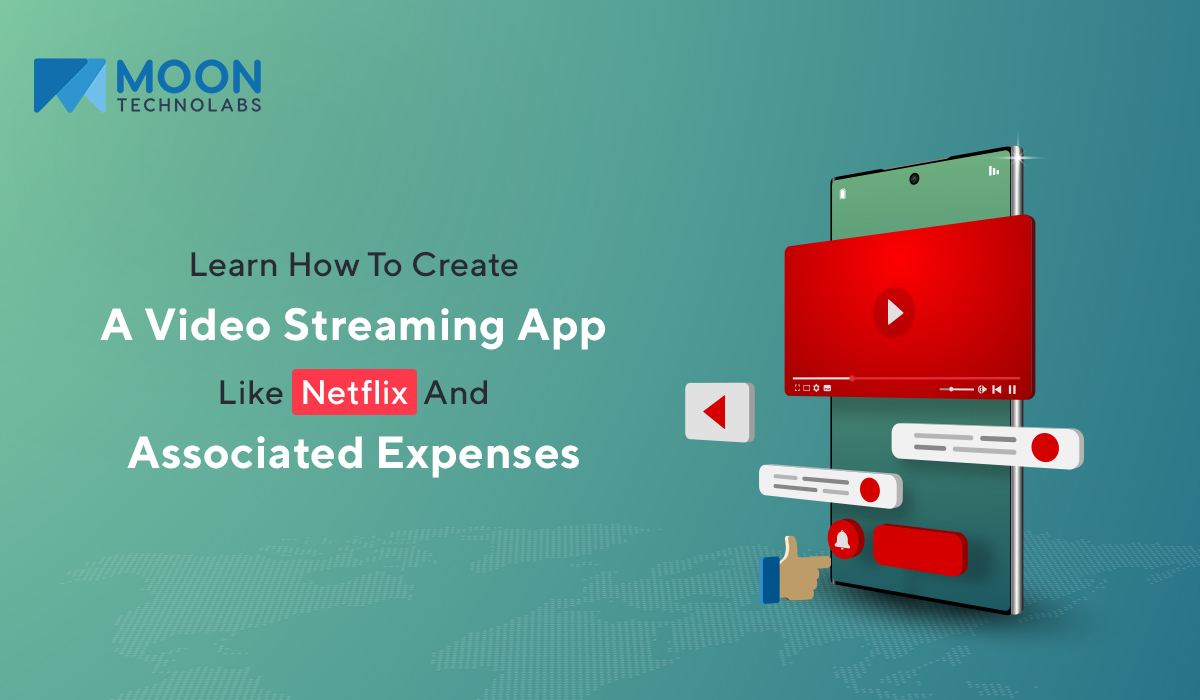 Undoubtedly, modern people have several modes of entertainment at their disposal. One can watch TV programs, movies, and series to make even the most boring days and nights interesting. Additionally, modern television sets have an internet connection. It means that you won’t have to watch the same old programs every time. Browsing is also easier on these TV sets. You have to thank the world of the web because it never disappoints anyone, but how can you choose an appropriate service to watch something in HD quality without those irritating advertisements? It’s where video streaming service providers, such as Netflix come into play. Creating such an app with the support of a mobile app development company could prove to be incredibly lucrative.

It’s safe to say that specific words like “binge-watching” could never gain popularity as internet-lingo if platforms, such as Netflix never appeared. It’s a video streaming service that provides ad-free viewing experiences to its paid subscribers in over one hundred and ninety countries. It has an exceptionally rich library of award-winning shows, movies, and documentaries. There are many movies and programs that are only viewable on this platform. If you want to find out what you must do to create something similar, then you should read this.

The global lockdown that resulted from the COVID-19 pandemic led to an exponential rise in the demand for media streaming platforms, such as Netflix, Amazon Prime, etc. The interesting fact is that this growth has been both in terms of usage as well as sign-ups. Every brand regardless of its geography or content is experiencing a similar surge in both these KPI parameters. It’s possible to attribute this event to the prolonged isolation mandated by the governments of countries all over the world. Understandably, the time is perfect for you to explore a digital streaming platform like Netflix. According to reports generated by researchers, Netflix is currently the most popular video streaming app, and its responsible 8% of all time spent on viewing videos over the web. Very few people would say that they never heard of Netflix. It’s nothing less than a giant in its unique domain. Netflix’s collection includes everything from indie-made disasters to Oscar-winning masterpieces.

The surge in app development

Many organizations are currently in search of a mobile app development company that can develop a Netflix clone app. According to reports, Netflix earned revenue of $15,589 billion in 2018. They claim that it would cross $17,086 billion by 2022 with its growth rate of 2.3%. In today’s day and age, most people enjoy spending their leisure time doing nothing but watching their favorite movies and web series online. While Netflix wears the crown of movie/video streaming services, YouTube holds the scepter of music streaming services. The need for such streaming services is presently mandatory, to say the least. Reports claim that the total worth of all video streaming applications would be more than $10,691 million by the end of 2021.

The business model of a video streaming application must include the following.

Netflix offers video streaming services to its customers. Users can watch a massive variety of viewable content. According to the people who work with Netflix, the company hopes to spend $8 billion on new content that would be available to its viewers on its video streaming app. The company follows a subscription-based business model that lets users watch TV shows and movies available on the platform. It has an incredibly large catalog of content, and it proved itself to be the largest video-on-demand platform. If someone pays a monthly subscription fee, he/she gains access to all the content. An individual can download the application and use it for free during the first month as a trial. Make sure that your mobile app development company includes the following features if you want your app to be remotely successful as Netflix.

Most providers of custom mobile app development services would probably charge somewhere between $18,000 and $25,000 for such an application.

While choosing a provider of custom mobile app development services for your Netflix clone app, make sure that the team comprises of the following members.

Here are a few features that your app requires.

Now that you know what you have to do, you should start searching for app development agencies that can create an app like Netflix.

What Makes Prism EventAggregator In .NET App Development Better Than Everything Else? »

« In Covid-19: 8 Reasons for Education Business to Transform into eLearning Portal