How Will Blockchain Dictate The Future of Mobile Application Development? 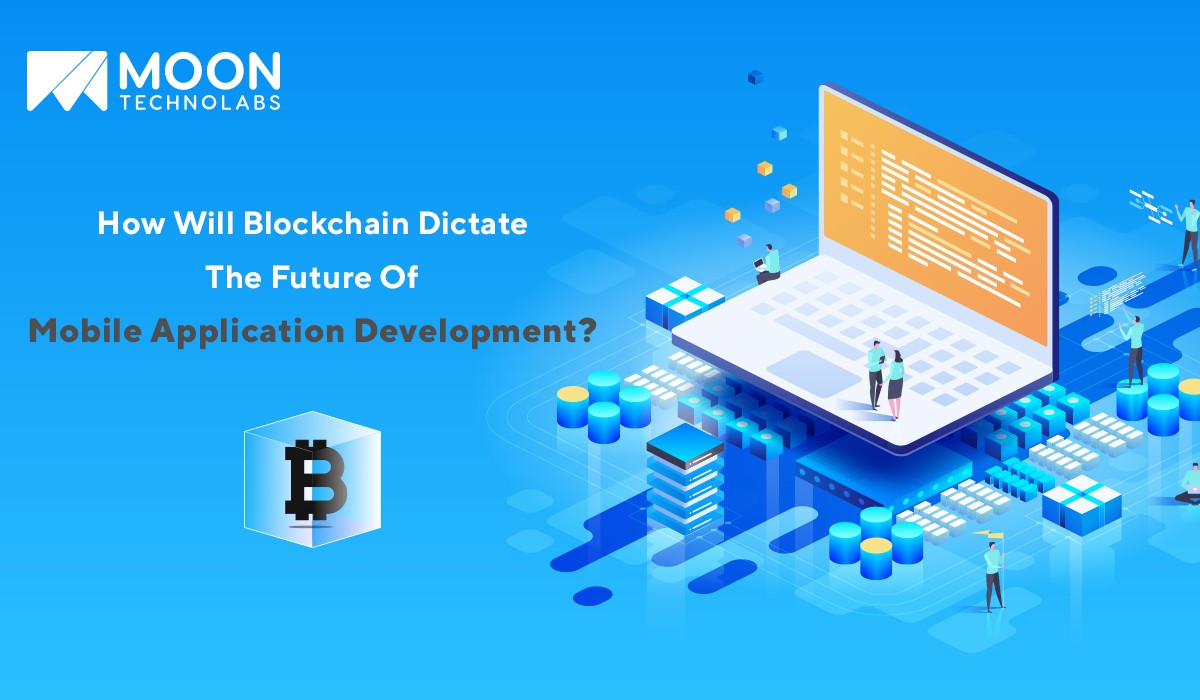 Blockchain already carved its way in some of the most significant industries, including real estate, healthcare, education, banking, and legal fields. It proves that blockchain will inevitably invade the sphere of mobile app development too sooner rather than later. The decentralized architecture of this unique system provides incredible benefits that almost every industry can reap. If mobile app developers embrace blockchain, then they will be able to patch the holes that became obvious after the widespread acceptance of smartphones.

Even if the world welcomes 2021 with more vigour than ever before, nobody will ever be able to forget the events of 2020. After all, everyone remembers that World War I and II began in 1913 and 1939, respectively. Similarly, they will reminisce of the past in the future years about how the COVID-19 pandemic brought the entire world to its knees and how markets all over the globe began collapsing soon after the outbreak.

Nevertheless, every bad thing comes to an end, just like the good things. Though humanity isn’t free from the clutches of the deadly virus called SARS-CoV-2, it’s progressing on the road to recovery. However, if there was one market that remained unaffected, it was the app development industry. Surprisingly enough when everyone else was drowning in an ocean of uncertainty, the sphere of app development kept on climbing higher and higher. In reality, app installations reached an all-time high when governments of all countries started enforcing lockdowns.

Various trends keep penetrating the app development market. Some of them remain, while others vanish. In that regard, blockchain technology has the potential to become an everlasting trend, even if it does have a long distance to travel at the moment. You probably ran into this word now and then. It already made its debut in specific industries, such as education, healthcare, real estate, banking, etc. Now, it’s gradually creeping towards app development.

So, what does blockchain mean anyway? It’s nothing more than a digitized ledger or a book of transactions. The term “blockchain” originated from its structure. Basically, it links various individual records called “blocks” to form a “chain.” Created by a pseudonymous person or a group of people named Satoshi Nakamoto, it earned fame as soon as it became available to users. It’s the same group that created the world-renowned cryptocurrency called Bitcoin. Blockchain technology streamlines a transaction by making it visible to users. As a result, it increases transparency and facilitates swifter but safer transactions.

Of course, it’s possible to incorporate blockchain systems with a mobile application. However, you can’t just get in touch with a blockchain application development and consulting company and ask the experts working there to create a blockchain-powered app for your business. There are a few things to consider first.

The power of blockchain

Blockchain can prove to be beneficial in increasing the transparency of the app approval process. At the moment, the most significant mobile application stores, the Apple App Store and Google Play Store decide which apps to approve and which ones to neglect. They don’t rely on third-party support or suggestions. These platforms even keep their rules of approval under wraps, which is somewhat unfair to new developers. Blockchain can get rid of this system by acquiring data from a decentralized public ledger and user ranking.

Blockchain implementation will allow you to introduce the concept of app coins that can solve the problem associated with in-app purchases. An in-app purchase usually involves a catch, such as a gateway fee, an app store fee, a card processing fee, a bank transfer fee, or something similar. Sometimes, it does feel like someone is duping the user and tricking him/her to shell out more than he/she should. Issues like these deprive the developers of the money they deserve. App coins, however, are a win-win for both developers and users. The developer will get a fair share, while the user won’t have to use cards to make payments.

The blockchain tech will allow users in the remotest corners of the world to indulge in e-commerce transactions. Smartphones are everywhere, but many users can’t buy anything from e-commerce platforms. Blockchain will allow them to run transactions using coins and tokens. It means that these people won’t have to use credit cards or resort to online bank transfers.

Blockchain technology will enhance the rewarding system. It will allow a user to make the most out of his/her loyalty to any specific company. This company will offer tokens to the customer that he/she can redeem in return for products or services.

At the moment, advertising models work on a cost-per-installment tactic. It means that you have to put with middlemen whether you want to or not. Blockchain, on the other hand, facilitates a cost-per-attention approach. It will bestow rewards upon a user if he/she spends money on the app. It will also remove the middlemen from the picture and send the entire profit to the developers.

The perks of blockchain prove why business owners should consider paying the blockchain app development cost. After all, it’s the future of digital transactions and app development.Implementing it will increase app security by almost one hundred times and kick hackers and cyber fraudsters out of the scene.

7 Mobile App Mockup Mistakes And How To Avoid Them? »