How Do You Connect Your MongoDB Database With Node.js? 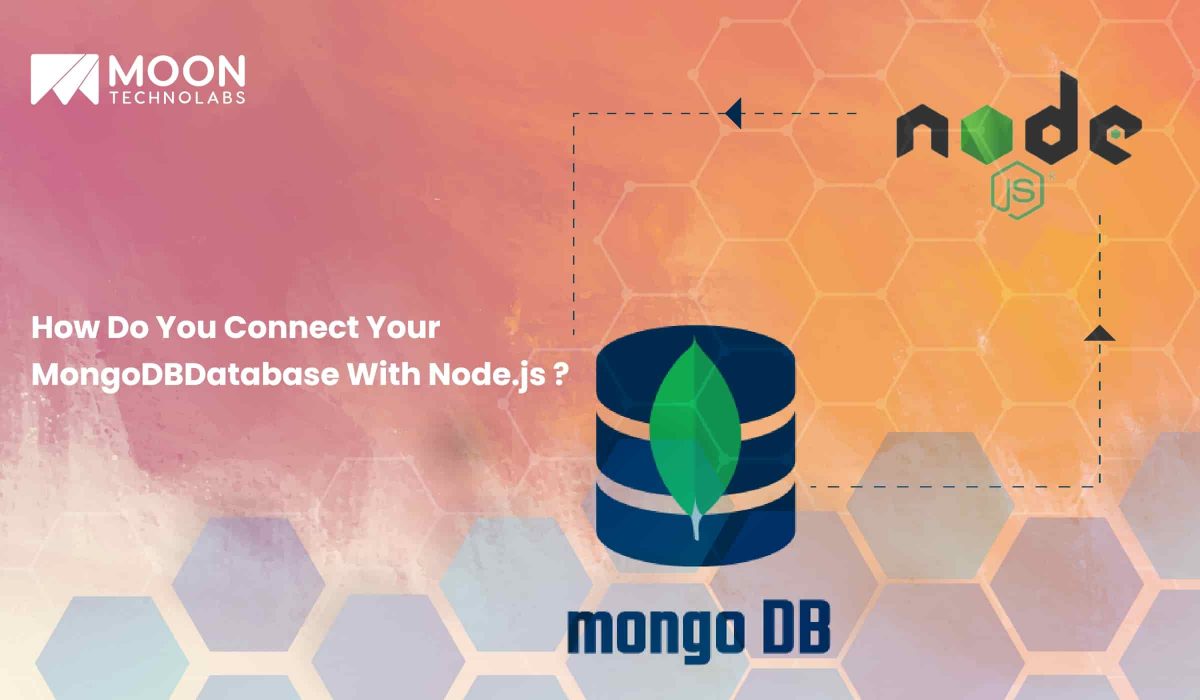 If you have been using Node.js from the beginning to build your applications, then it’s time for you to take a look at how you can combine it with the database of MongoDB. This topic will elucidate how developers connect the two.

So, you prefer using Node.js for your applications. Well, you aren’t the only one. Hundreds and thousands of business owners operating in all four corners of the world harbor a soft spot for Node.js in the hearts and minds because of all the features it possesses.

However, there’s another source-available document-oriented cross-platform database program called MongoDB that a Node.js app development company can connect to while working on your project. Why would they do it? How will it help your app development project?

It’s what you’ll learn about if you continue reading this write-up.

If the developers don’t have access to Node.js, they’ll begin with the installation process. As they’ll be connecting Node.js with MongoDB, they must check the version of the MongoDB Node.js Driver. At the moment, it needs developers to have access to node 4.x or another version released later. The documents posted on the “Compatibility” section of the website of MongoDB will provide them with the necessary information regarding the appropriate version of Node.js required by each driver.

If you hire node.js developers and ask them to combine Node.js with the MongoDB database, then they’ll need the database to continue working on your project. According to the best developers, the simplest and fastest way to start MongoDB is to use Atlas – a fully managed service available as a service for MongoDB. The developers will open Atlas and build a new cluster in the free-to-use tier. At the highest level, clusters are nothing but sets of nodes. The database will remain stored in these nodes. Once the tier is ready, developers will load the data sample.

The last step incorporates preparing the cluster for the connection. When in Atlas, the developers will navigate to the right cluster and click on the “connect” button, which, in turn, will bring up the Cluster Connection Wizard. It’ll prompt the developer to add the current IP address to the IP Access List. In doing so, they’ll build a MongoDB user. While creating the MongoDB user, the developers need to be mindful about the username and password they come up with as they’ll need the credentials later. After that, the Wizard will prompt the developer again to select a method of connection. They’ll select the “Connect Your Application” option. Once the Wizard prompts the developer to choose the driver version, they must select Node.js and 3.6 or any other version they’re using. They also have to copy the connection string provided.

More Like This: What Makes Node.js Perfect For Real Time Application Development?

Connecting to the database

Now that the prerequisite processes are out of the way, the Node.js app development company will start with the coding work. They’ll write a script on Node.js that’ll connect to the database and display all databases included in the cluster.

At this point, your dedicated node.js developers will create an asynchronous function called “main().” In it, they’ll connect to the MongoDB cluster using call functions to query the database. Finally, they’ll disconnect from the cluster. Before anything else, they’ll create a constant for the connection URI in the “main().” This URI is the same connection string they copied in Atlas. If you’ve been going through this write-up from the beginning, you already know what it is. After pasting the connection string, they’ll update the “<username>” and “<password>” as the credentials for the user previously created. The connection string will include a “<dbname>” placeholder.

Once the developers have the URI at their disposal, they will move on to create a MongoClient instance. At this point, the developers will be ready to use the MongoClient to connect to the cluster. The “client.connect()” will return a “promise,” but until then, they’ll use the “await” keyword when they call “client.connect()” to indicate that they must block further execution. After all, the operation has to finish first. Now, the developers will attempt to intermingle with the database. To do that, the dedicated node.js developers will create a function that’ll print the names of the databases in the cluster. It’s generally better to contain the logic in properly named functions to improve codebase readability.

At this stage, the developers will implement the database listing function created in the previous stage. This function will gather an entire list of databases in the cluster and print the results in the console.

Once the code implementation process is complete, the developers will save the changes and create a name for the file.

Finally, the developers will be ready to test the code. To do that, they’ll execute the script by running a command.

Understanding the ultimate objective of connecting Node.js with the MongoDB database is, unfortunately, beyond the scope of this write-up. However, you should know this much – it can save a lot of development time. If you want to find out how it does so, you should discuss the matter with your development team.

« What’s New In Angular 13 And Why Should You Use It For Web App Development Projects?