Everything About The Flutter App Development 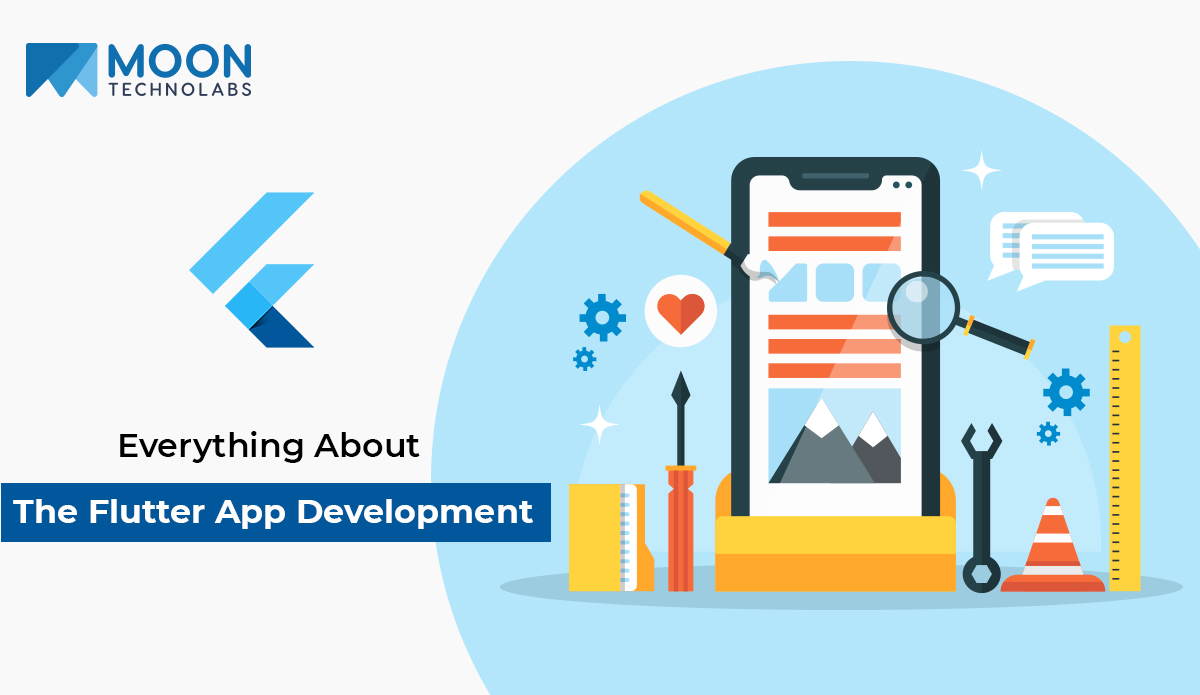 Many of the cross-platform technologies have merged on the surface in the past few years. React Native have quite been captured the attention of big companies like Alibaba, Tencent, etc.

Of course, it becomes imperative for companies to choose a technology or framework for their app development for which React Native or Angular were amongst the forefront in the last couple of years. If you wish to check the best android app development framework over here.

Top mobile app development company have constantly invested time behind looking for innovative technologies that help in building mobile apps with fewer efforts or rather to say with more functionalities and easiness. The shift from the ongoing battle between react vs angular was much rather tilted towards Flutter during the Google IO developers conference.

Flutter is a revolutionary and promising technology that helps to build mobile apps faster on iOS & Android because of the Dart, a compiled programming language. Fast forward to last year’s conference, there was an announcement that the Flutter is ready for production with the Release Preview 2. Let’s dig deep into what is flutter and what does it do?

An open-source mobile app SDK, rigged with the entire package of the framework, widgets, and tools makes Flutter an absolute technology to build and deliver visually enhanced and alluring mobile apps for iOS and Android platforms. Flutter is quickly climbing steps on the table to give tough competition to React Native and Native app development. Without waiting for further ado, let’s review some of the advantages of flutter beside speedy process, reduce app production cost and attractive & seamless UI app.

Mobile app developers have benefitted hugely with the Flutter’s ability to accelerate the mobile app development process. It also permits to see the real-time change in the app as soon as there is a change in the code. Hence, an immediate implementation, which is also referred to as Hot reload. Now, the team can work collaboratively on a live architecture for adding features, fix bugs or perform an experiment on the app allowing you to check improvements on the spot.

Flutter mobile app developers just need to build one codebase which can be used on both the mobile platforms. This really proved to be a boon for developers. Due to the acquired capability of having its own widgets, designs and tools meaning the same app on two different platforms and yet, if you wish them to be different – it’s possible.

Flutter is pro in being efficient and productive in saving time when it comes to quality assurance. Because the QA and testers have to check only one app performance, developers can write automatic tests. This ultimately leaves enough time with QA team.

Flutter apps are fast, efficient and reliable. It provides continuous experience to users while using an app. In other words, flutter apps are smooth and quicker, performing user-initiated actions in a seamless manner and does not allow hang or break issue in scrolling, etc.

Flutter easily channelizes the design making approach to create own widgets or enhance/customize the existing ones. There are many it adheres to such as Material Design widgets and Cupertino widgets.

One of the marvelous benefits of Flutter app development is that it permits to use the same user interface on the older device versions as well. This feature comes at no extra cost for supporting older devices.

Flutter is the best when you’ll need an MVP (Minimum Viable Product) of your app to show it to your investors or funding committee. It will help you develop MVP in the minimum time frame.

The future of the Flutter app development services has just started to flourish. Top mobile app development company such as Moon Technolabs, is constantly involved in understanding the unexplored aspects of this technology so as to provide cutting-edge solutions to clients who are in a need of their own business mobile app.