About Python And Its Compatibility With Third-Party Modules 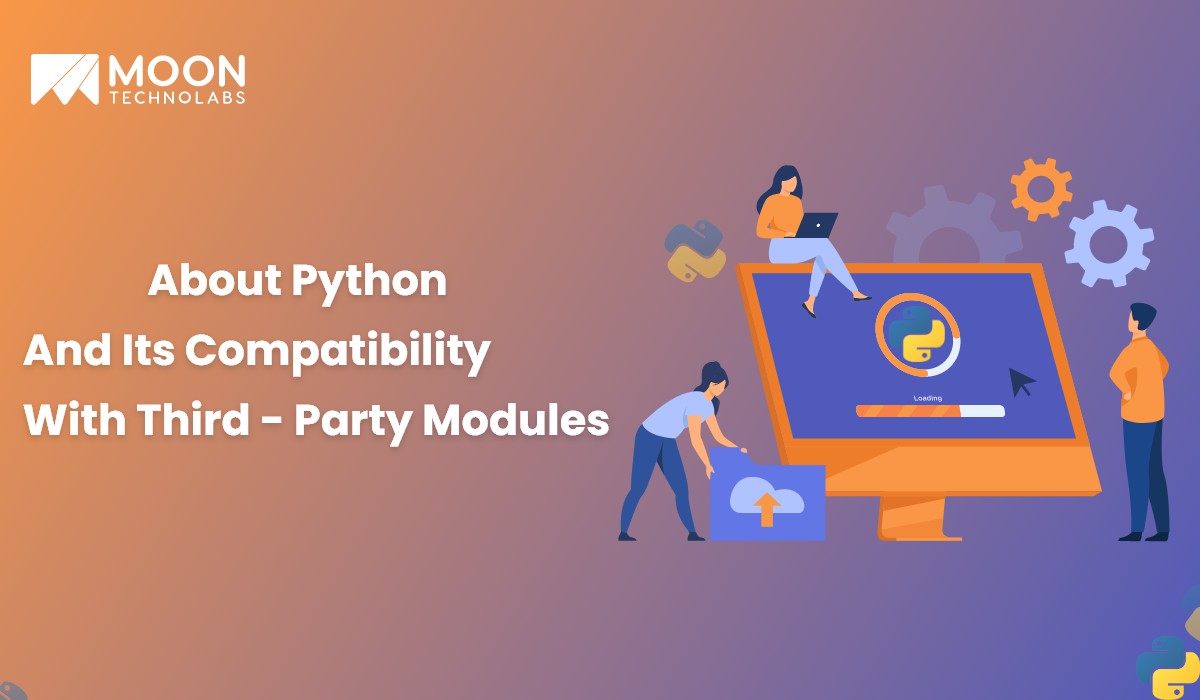 The standard library of Python is massive. It can provide several useful modules immediately out of the box. Then again, developers never rely on the standard library only. After all, it will never have everything expected by clients. Fortunately, Python also has a large collection of third-party modules available for developers to install and use.

Whether you’re an aspiring entrepreneur or an established business owner, you have to consider multiple factors when picking a programming language for product development. Startups, as well as the owners of small businesses, usually have to work on a tight budget. Naturally, these people have to look into the development speed, the language popularity, the cost of dedicated python developers to hire, integrations, libraries, scalability, security, and stability. For these reasons, it’s best for you to stick to a robust and established technology like Python.

Even a few young developers are oblivious to the fact that this programming language has been in the market for over thirty years. They just know that it’s one of the best programming languages of all time. According to a research group, almost a million website owners use Python. Another programming community opines that in terms of popularity, Python currently holds the third position in the world.

So, what’s the reason behind this immeasurable fame? In reality, Python is an exceptionally dynamic, high-level, object-oriented programming language. It focuses primarily on swift and robust development. Also, developers can use it for projects regardless of size. World-renowned organizations, including Facebook, Google, Netflix, Reddit, Spotify, IBM, and Dropbox depend significantly on this programming language. Furthermore, many of the startup businesses rising quickly have Python in their tech stack. These businesses include 21 Buttons, TravelPerk, and Festicket.

The advantages for businesses

Here are a few advantages for businesses that you will gain if you look for dedicated python developers to hire.

Python developers are in love with this language for its beauty and simplicity. The philosophy behind Python is that there’s only one best way of doing something. Naturally, one should follow only that way. The core principles of Python also support this philosophy.

Practically, these principles make themselves noticeable in a perceptive, properly-structured, tidy, easy to learn, and easy-to-use programming language. That’s why it invites qualities that come together to make Python perfect for startups with time, budget, and profitability constraints.

Another reason why almost every python app development company has its fair share of clients is the presence of a massive and active community of supporters. Experts go as far as to say that the programmer community of Python is probably the best in the world. No matter how hard you search, it’ll be quite a challenge for you to find another community as expansive and committed as Python’s. It means you’ll easily find full and readily accessible support for every complexity you run into during the development of a project. Hundreds and thousands of programmers and supporters from every corner of the globe dedicate their time to improve the language’s core functionalities and features.

Python is applicable in almost every development scenario. Whether you need something that will work on macOS, Windows, or Linux, Python will provide the answer you seek. It has a key role to play in several areas, such as language development, graphic design applications, gaming, prototyping, web frameworks, and more. Recently, it earned popularity as one of the main languages required in Machine Learning and data science.

The perks of third-party libraries

The standard library of Python is large enough. A python app development company will get many useful modules from the standard library right out of the box. However, it isn’t an all-inclusive library. It will never be able to cater to the requirements of every client. Fortunately, developers have access to a massive collection of third-party modules they can install and use.

First-time developers have to learn a few things associated with software engineering during the earliest days of their careers. The first one is DRY, and it persuades developers to refrain from duplicating code and focusing only on components that they can reuse and configure. The second one is KISS that aims to help a young developer understand the importance of maintaining simplicity in the designs he/she creates. After all, there’s no point in adhering to complicated systems and solutions as they can obscure things for the developer. The last one is YAGNI. This one tells budding developers to focus on current requirements without attempting to predict the requirements of the future.

By adhering to these guidelines, the best developers realize there’s nothing like the third-party libraries of Python. They gain the following advantages from using these libraries.

You probably know that a developer has to test the code before sanctioning it. In that regard, developers benefit from using third-party libraries because they come with “proof of use.” Libraries earn popularity only if they have been used in various environments and use cases. The feedback loop gained from such libraries will result in reporting bugs and associated remedies. Therefore, using a third-party library will never affect the overall quality and stability of an application.

The most noteworthy advantage associated with these libraries is, of course, the time-saving ability. Third-party libraries can save the developers’ time as they won’t have to work on developing the functionality provided by the library. Instead, they can tend to the core logic of your business required for your application. These features matter more than anything else. Of course, developers need to explore the documentation of the library to find out ways of integrating it. However, this process doesn’t take as much time as analyzing the functionality of the library from scratch.

One more advantage associated with external libraries is that it allows developers to use modular code. They can write in it and work with it. They will keep the original code of the library away from the code’s remainder. Also, it will be possible to facilitate communication over appropriately designated limitations. If the developers opt to create a feature, it can be difficult to sever its connection with the code of the application. Authors of well-built libraries usually work on a special level of abstraction lets them write more generic and cleaner code.

Now, it’s time to discuss the compatibility of the various versions of Python with external libraries. As already mentioned earlier, this programming language has been around for almost three decades. Understandably, the creators of Python have already released several versions. The thing about compatibility is that it’s like a moving target for almost every python development agency. It’s particularly true for languages that aren’t backward-compatible. Python 3, for instance, forces developers to transfer the features of Python 3 to Python 2 through the back-porting process. So, if a development agency updates its platform to be compatible with Python 3.6, it will mean the following.

It’s always crucial to work with a supported version of this programming language as unsupported versions will have more vulnerabilities than new ones. Also, old versions won’t receive patches for any of the detected vulnerabilities. When developers use Python 3.6, they can integrate third-party dependencies that can work with Python 3, including the latest Django and Celery dependencies.

Type hinting is a formal solution that appeared with Python 3.5. It indicates various values within the Python code. The labels produced by type hinting can help the interpreter understand the code’s behavior. With it at the disposal of a python development agency, the developers can uniformly annotate the various types of arguments, functions, and variables of Python across different tools.

So, what are the best third-party libraries developers can use? You may not be an expert, but if you know the names of a few of them, you can ask the team you hire to use them.

Armed with the knowledge provided here, you should be able to find a development firm that uses the right version of Python. As already mentioned earlier, backward compatibility and other issues affect the choice of developers regarding choosing third-party libraries, but the appropriate version will be able to accommodate them with ease.

Everything To Known About iPhone 13 So Far »

« How To Create A Blockchain Based App From Scratch In Just 7 Days?