When It Comes Down To Choosing Between Angular OR React Framework For Your App? 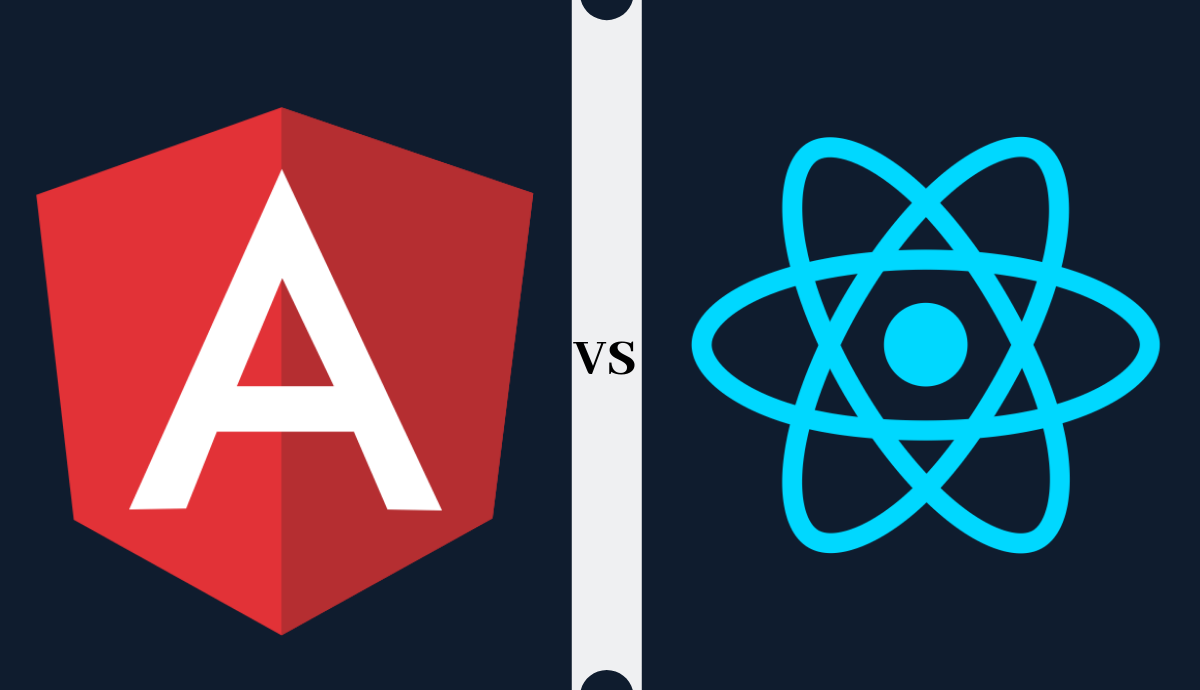 Angular framework and React framework have become popular in the list of the best development framework for 2019. In the discussion, which is better – React Vs Angular? we bring you the best comparison between the features of developing tools for using mobile apps. Well, both of them are best in their own ways, but the conclusion still largely depends upon what exactly is the need of your mobile app project?

For example, does your business app requires lots of templates, do you need your app to be containing many dynamic contents, app size, version, strong server-side rendition, etc then you need to prefer accordingly. Following an efficient business model to reduce development time, you must conclude on your own which is the best development framework, i.e, Angular or React for your mobile app project. With its latest version Angular 7, it is widely used for websites & web app while on the contrary React is used for developing reusable HTML elements. Google till date supports the first version, i.e, AngularJS.It is necessary to know before you begin with the mobile app development.

First of all, let’s begin with the popular names to understand which frameworks they are using.

Angular Vs React – Which brands are using?

Let us know go through the feature point and their understanding as to why certain brands have preferred Angular over React or otherwise based on the various factors and conditions. For your mobile app development project, you can always rely on the best AngularJS Web Application Development Company but simultaneously you also need to understand the pros and cons of each of these development frameworks.

Angular being part of MEAN stack and supporting many code editors, is considered for full-fledged MVC framework development. If you wish to have the control of selecting libraries on your own than rather go with React platform as Angular is defined with pre-existing libraries. Moreover, their architecture is component-based.

In terms of speed and productivity, while react outsmarts Angular by being more sleekier as Angular seemed to take time to load on mobile platforms. On the contrary, there are concerns over React’s speed as well due to the involvement of third-parties libraries. Either of the mobile app developers,i.e, Reactjs app developers or Angularjs app developers need to determine the right architecture in perfect combination with different tools.

Both the frameworks are utilizing relatively small app size and when it comes to performance, React using Virtual Document Object Model (Virtual DOM) along with Fiber takes up a dominant position. However, with latest version i.e, Angular 7 comes with ShadowAPI which marginally reduced the difference between using these two for the app size and performance factor.

Angular allows testing & debugging the entire project with single-set of tools like Jasmine, Karma, Protractor. However, this is not the case with Reactjs development which uses multiple-set of tools to execute the various sets of testing. The important thing to understand is the more time and effort it will take in the testing process; the slower will be the development cycle.

Angular is an open-source frontend development framework while React is also an open-source JavaScript library frontend development framework to build dynamic user interfaces. Because Angular offers an open source license, it is more preferred by companies. While React began with some patent clauses which was especially not suitable if you are a startup entrepreneur or solopreneur and just want to begin with your website, web app or mobile app development project.

Benefits of Angular And React

React Native is the first of its kind to perform equally as native does due to the hybrid app technology. This allows React Native to cope up with 2 major ecosystems i.e, Android and iOS with equal design features and robust performance. It is a JavaScript framework that formulates rich mobile UI from Declarative components. It simply means that businesses can have intuitive cross-platform mobile apps.

As the technology keeps on evolving you must choose the technology wisely depending upon the above-discussed points, factors, and conditions and also decide the best framework for your business mobile app or project as per your app requirements.

How Important It Is To Have Your Business Mobile App? »

« How Big Data Is Connected To You?