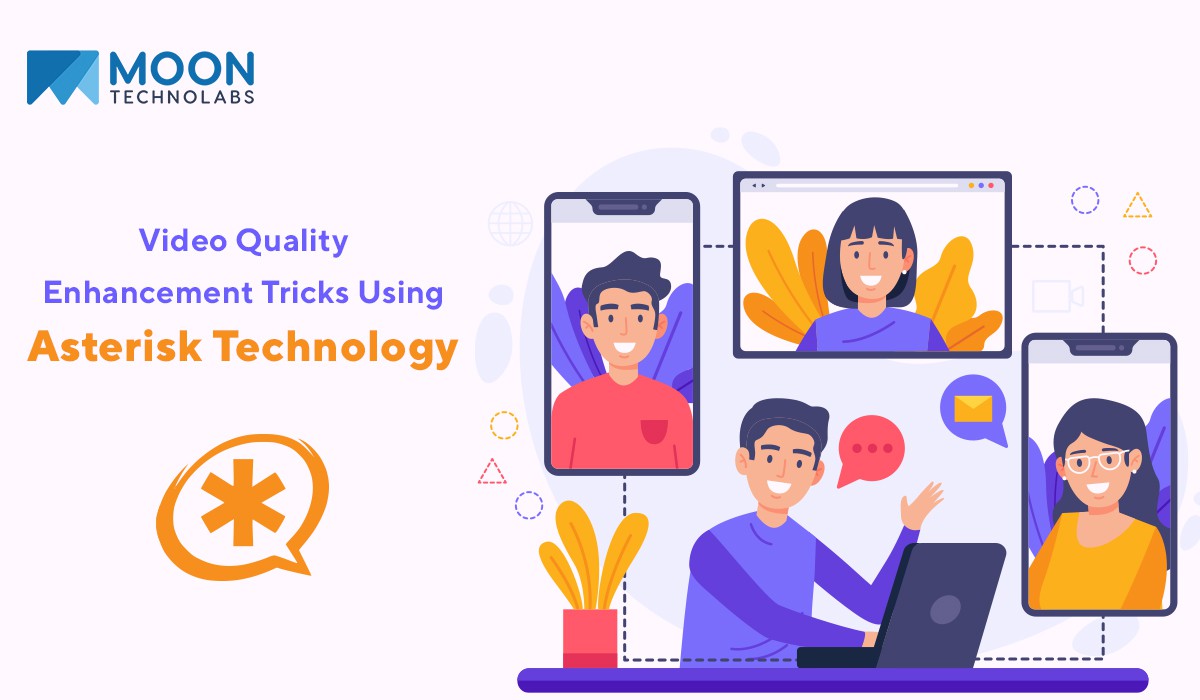 There has been enough talk about new webRTC work handled using Asterisk. After the appearance of Asterisk 16, it has become crucial for every business owner to consider the impact of this work against the poor performance of the network that further affects the video experience.

People have been using video for communication purposes. Individuals across the entire world converse with their loved ones over video calls. On the other hand, business organizations use it to organize meetings. The latter gained more popularity than it ever did in the past, primarily due to the outbreak of the coronavirus pandemic. Video calling systems are available on smartphones, as well as desktop or laptop browsers.

Video calling systems, however, come at a cost. For instance, it can put immense pressure on the CPU. It doesn’t tolerate the ineptness of networks, either. You may argue that your network is good enough, but you can’t be further from the truth. Every network will encounter problems at some point in time, which will prove devastating to video.

One of the most common symptoms is freezing. If the video call freezes, then the person you were talking to will stop moving all of a sudden. While it will recover after some time, the situation isn’t something that you would like to encounter.

You must be wondering what these two terms mean. Well, PLI stands for Picture Loss Indication, and FIR is the abbreviated version of Full Intra Request. A video decoder decodes a video stream. When it does, it depends on the previous packets to decode the current one. In such situations, a problem pops up where the system loses a packet. Some codecs can’t recover it at all. As a result, it will come to a standstill almost instantly. It’s what causes the picture to freeze. If you wish to avoid it, then you should look for a provider of the asterisk IVR solution to offer mechanisms called PLI and FIR. These will allow the client to place a request for a full-frame. This full-frame restarts the decoding process, and the picture will start moving again as it should.

Here’s another abbreviated term called REMB that stands for Receiver Estimated Maximum Bitrate. Losing packets or putting up with out-of-order packets affects the video experience negatively. However, most people consider only these two things and forget about the bandwidth. How many organizations in this world have 1Gbps internet connections? REMB happens to be one of the most primitive ways in webRTC that can help you deal with these issues. It lets a receiver prepare a report based on an estimation of the amount of bandwidth available between the sender and the receiver. In turn, the sender can alter the encoding bitrate to make sure that it can fit between the available bandwidth. Now, there are two ways an asterisk IVR solution provider can achieve it. If you wish to know more, then you may contact an Asterisk development agency.

The final abbreviated term you must learn about is NACK which stands for Negative Acknowledgement. The PLI or FIR mechanisms explained earlier are a last resort. When you can’t do anything else, you have to resort to those two to ensure that the video keeps playing. However, before you incorporate those measures, you should try this one. NACK allows a receiver to put up a false impression that it never got a packet from the sender. Naturally, the sender has no other option but to resend the packet. In doing so, the bandwidth consumption decreases significantly. You will also get the packet in a full-frame. Furthermore, this feature lets a receiver to place a request for several packets instead of just one. Asterisk developers implement it using an RTP packet queue on egress and ingress video traffic.

If you combine all these technologies, you will make sure that your video flow remains undisturbed, even in the most extreme conditions. These systems will remain in the background but will continue to deliver a stellar user experience.

How Will Blockchain Dictate The Future of Mobile Application Development? »

« Kotlin Vs Flutter: Battle For The Cross-Platform App Development Throne