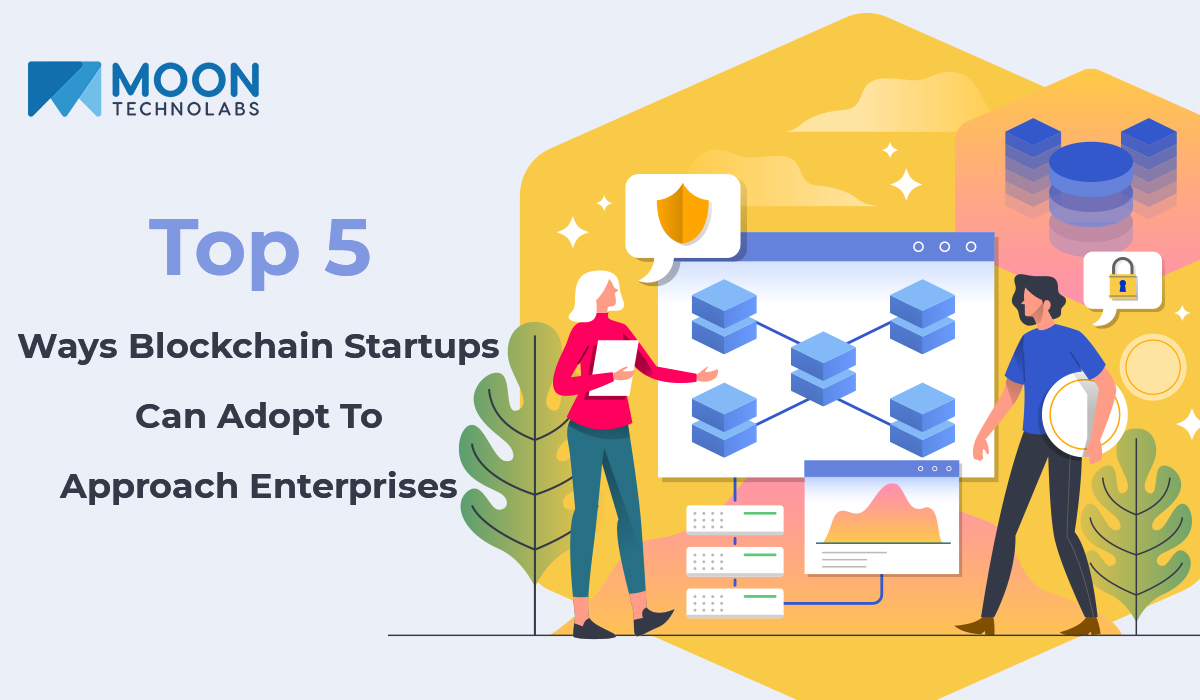 Times have changed from the initial days wherein an average startup used to pitch with just concept and not with an actual model to today’s scenario where it has shifted to MVP (minimum viable product) based model. Moreover, these innovations and continuous upgrade led enterprises to implement such solutions more rapidly and conveniently. The main obstacle that remains in front of these startups is to tackle a few issues such as to build a strong and scalable network, generate sufficient return, and to entrust other enterprises that their blockchain solution is reliable and secure.

The primary focus should be on to realizing how blockchain technology can integrate and benefit any enterprise. Here are a few of the approaches that a blockchain startup can adapt:

The main revenue generation source for a startup is offering their blockchain network to an enterprise and get a return on investment rather than to hold on to the blockchain solution by gaining control over it. Because controlling a part of the solution of blockchain technology is just another software-as-a-service product. Hence, it is in their benefit to separate ownership from control and if it is feasible then begin with centralized control slowly shifting towards an authoritative body.

A governing body can easily improvise and can nurture the network to grow, improve and also create a fair return for all users. Blockchain technology enables startups to create a blockchain network for enterprise with clear usage and rules for data management, code management and node control to pre-define it as early as possible. Once the data is provided then it becomes hard to change the rules on how it can be used hence, it is in the best interest to know who can authorize a change, owns or can analyze what type of data.

The prominent feature of a blockchain is its ability to identify the high-end problems and to integrate them to the right parties. Blockchain startups need not hesitate to delegate certain tasks and operation like blockchain network operation, smart contract creation, auditing, etc to new service providers. This step in the process would allow them to focus more on users and to scale the blockchain network and can benefit all. It is in the hands of startups to prove that a well-defined blockchain network is directly proportional to the interest of its users.

Most of the enterprise uses software purchased from major software vendors such as Oracle, Microsoft, SAP, etc. But when the same has to integrate with their business partners system and operation, those system does not always agree with each other producing a kind of lag which results in a waste of time. Blockchain technology removes all these obstacles and simply how the system can merge and collaborate to deliver seamless solutions. This can happen through a shared logic and data across the entire network to remove any such disruption. This feature is a cost-saving as well as makes transaction more efficient for every enterprise involved.

New-age startups are taking on the challenge to deliver the robust blockchain solutions that are primarily based on a decentralized approach, which ultimately makes the intermediaries go obsolete. Undoubtedly, blockchain offers transparency and trust to deliver heighten result in business operations. This optimized operation leads to value shifting from intermediaries to enterprises and moreover, connects the customer directly who are using the products and services.

Best software firms and top mobile app development companies – who are early adopters and whose research wing is slowly establishing a blockchain startup has to find a way out to deal with few problems suggested above and provide seamless blockchain solutions to enterprises have a long and holding stake in the future of blockchain technology. Moon Technolabs is one such tech company who has ventured into “Blockchain Development Services” from quite a time now and delivering blockchain network solutions to our partners and clients across the globe.

« How You Can Benefit By Adopting A XaaS Economy Model?