From Differences To Comparisons To Choosing Right One Between PHP & ASP.NET 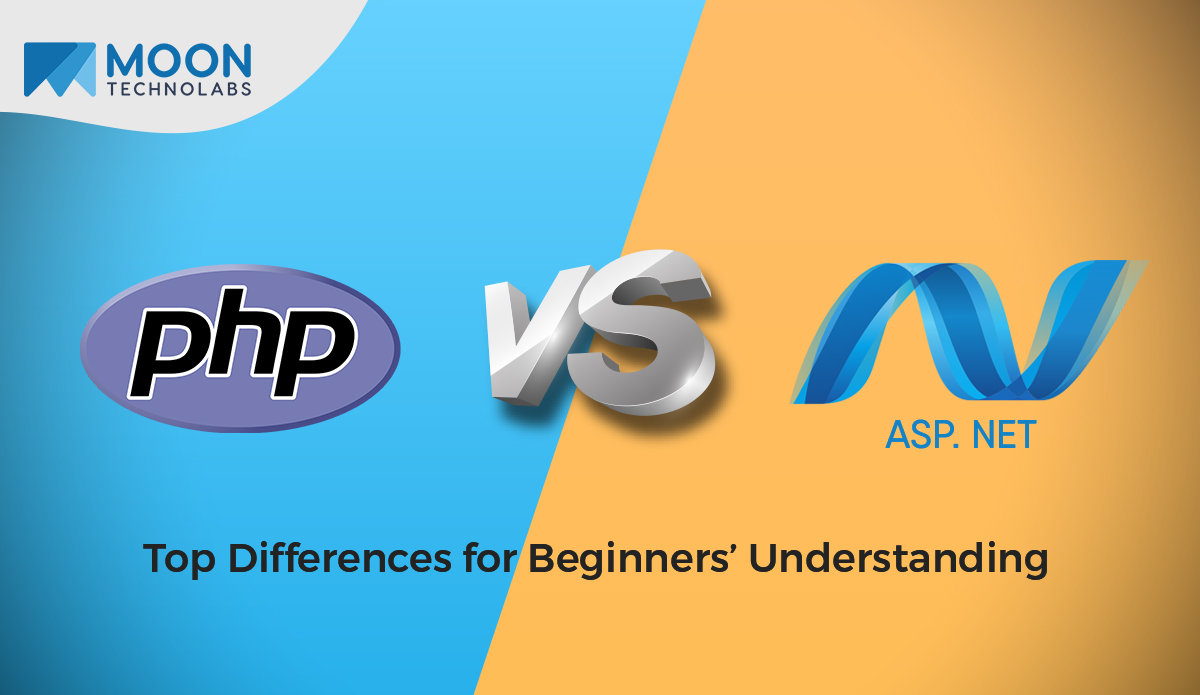 The biggest battle of modern day programming language for website development is on with PHP on one side and Asp.net on the other. There are many articles you would find with results leaning to one being superior to the other.

In this blog post, we have listed the detailed understanding and outlined with the major differences keeping an open mind. Also, we have prepared a comparison of both the languages. In wide opinions from mobile app developers and mobile app development companies all the above analysis can fall under a few categories such as Scalability & Maintenance, Performance & Speed, Support and finally Cost.

Before we begin to understand the basic features of both PHP and ASP.net, let me say that the comparison between these two are kept unbiased as they both outperform in different ways. We will also understand the factors that are playing a major role behind this but primarily website developers are addicted to PHP as it is free, open source and hence widely used language. On the other hand, ASP.net is from Microsoft which makes it easier for developers to operate across any programming language supported by.Net. The ultimate decision will still be your as nobody knows your project as you do but all we are offering to you is to make an informed decision based on the facts and statistics. 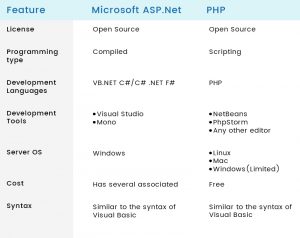 Lets us now move on to some criteria in which few specifics and differences can be shown:

No matter you choose PHP or ASP.net for the web app development, the scalability & maintenance depends upon following points:

Hence, in this category, both ASP.net and PHP stands at the same level.

This is rather a false notion that the performance and speed are platform oriented. If one were to analyse the performance a website run on PHP and ASP.net, they would hardly be able to differentiate. These two are well equipped with the routine process and yield the desired result such as in accessing file systems, searching images and displaying the pages. Moreover, the speed is depended on the database server, user’s computer specifications and the bandwidth.

Many would lean towards either PHP development or ASP.net supporting one with being more sophisticated or efficient at the core level but what they miss out on is that the core language speed is irrespective in today’s times as hardware are fast enough to support. PHP may not be easier language but then again it was used to build the website of Facebook, MailChimp, etc because of its wide usage and open source. The performance of an application can purely be based on how the code is written and how the architecture is implemented.

Since PHP is an open source, it is obvious that you would find a number of developers enlisted as compared to ASP.net but both of them has a large community base. Majorly, both the communities are equally useful and available for any query posted in the forum. ASP.net has dedicated developers and one can expect to get a faster response as is not the case with PHP forums and communities.

ASP.net comes with a web hosting fee as the name Microsoft is attached to it but PHP is totally free. You can use ASP.net on your system using Mono project if you use Mac or Linux as ASP.net development services are only meant to run on Windows machines. Contrary, PHP can be used on Mac, Linux or Windows machines.

We hope that the above study will help you to choose or make an informed decision for your web app development platform for their business. If you still unclear about your next project, you can get in touch with the top mobile app development company to help you with your project.