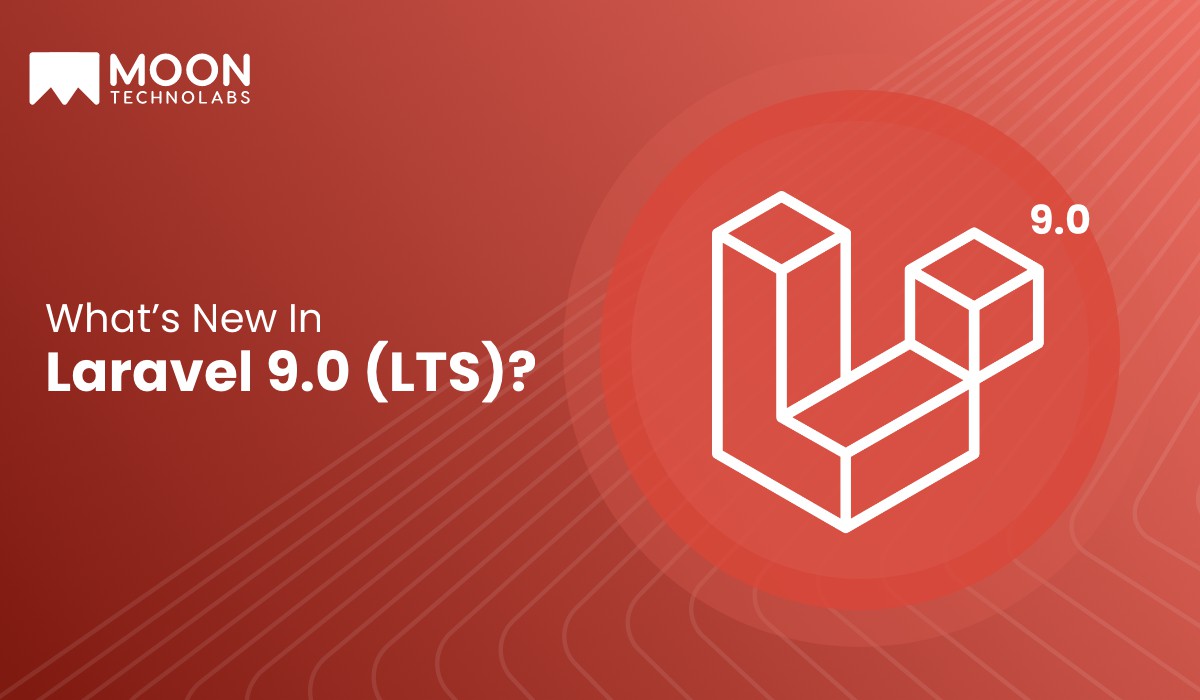 Laravel PHP framework happens to be of the first web development programming languages. Developers use it to create robust and scalable web applications with exceptionally powerful features. However, this write-up will attempt to elucidate some of the features of the latest version of the framework – Laravel 9.0.

You want to know about the features that Laravel 9.0 will bring to the table, right? If you’re a business owner, and if you have a project for which you need Laravel development services, it’s quite natural for you to want to know what you’ll get from the latest version of this world-renowned PHP framework.

Those who keep tabs on technological developments will know that for the last 4 years or so, Laravel has been releasing a new version of the framework every 6 months. However, the Laravel team recently announced that they will shift to a yearly release cycle on major versions effective immediately. The team won’t be adhering to its six-month cycle anymore.

Before adopting this “semantic versioning” standard, the second number in the version of Laravel used to change every 6 months. Soon after adopting semantic versioning, the first number started changing every 6 months. The release cycle speed remained the same throughout the transition phase, but many users started to complain that the team of Laravel was presenting the latest version of the framework more frequently than necessary.

Over the period of 4 years, Laravel became much more mature and built its position as the first development framework choice among providers of PHP Laravel development services. The number of individuals, developers, and businesses using Laravel kept growing substantially with every passing year. That’s why the team pondered over the matter and chose to update its release schedule in an attempt to ease the maintenance burden on the Laravel community. After all, open-source platforms rely entirely on development communities, and by releasing new versions every 6 months, Laravel kept its development community on its toes for 4 years at a stretch.

That’s why the team implemented its decision to take effect immediately. They won’t be presenting new releases every 6 months. Instead, it will bring one major release every 12 months. So, if Laravel 8.0 appeared in September 2020, you can expect Laravel 9.0 (LTS) to pop up sometime in September 2021 instead of March 2021, as previously scheduled. Similarly, Laravel 10.0 will be available to everyone on and from September 2022.

Based on this decision, the team further decided to back-port parallel testing, which is a significant feature of the 9.0 release, to Laravel 8.0 to let users take advantage of it right now. They released this feature on 25th January.

The new release cycle won’t just ease the maintenance burden on the community and relieve the stress of feeling “left behind,” it will also challenge the team of Laravel creators to implement incredible features laden with high value without breaking backward compatibility to ensure swift delivery to users, developers, and businesses.

The support policy documentation of Laravel mentions these changes in detail. If you wish to learn more about it, you should visit the official website and go through the policy.

Basically, there isn’t much to know about Laravel 9.0, as of yet. Nevertheless, this framework already earned the trust of hundreds of brands, including MasterCard, RazorPay, 9GAG, Bitpanda, Kmong, WISESIGHT, Primary Stack, and more.

The features of Laravel

The features of Laravel make it attractive enough for business owners to seek out a reputable Laravel development company for the creation of powerful applications. Here’s a breakdown of some of those features.

Automatic pagination is one of the most favored and recognized features of Laravel. It reduces the trouble of writing code as this PHP framework comes with an in-built pagination system.

Being one of the top PHP frameworks, Laravel comes with several lightweight inbuilt templates. By using those templates, a Laravel development company can create incredible layouts with revolutionary content seeding. Blade, for one, is a simple yet incredibly powerful template engine for Laravel that doesn’t restrict using plain PHP code.

The architecture of Laravel has its own Artisan command-line interface or CLI for making the data migration process as simple as possible during the development stages. The latest features of Laravel aid developers in creating skeleton codes, models, controllers, and other things while eliminating tedious and repetitive coding techniques. It’s another one of the best features of Laravel that simplifies documentation processes that require authentication solutions. A powerful component called Symfony Console is the driving force of Artisan CLI.

PHP can provide the best support to the MVC framework of Laravel. Through it, developers can build both small and large applications conveniently. Furthermore, the model-view-controller or MVC architectural pattern enables controlling the appearance of the app to bolster the position of your brand.

Regarding unit testing, Laravel is the first choice of every PHP developer. It’s developer-friendly and helps them conduct several tests at the same time. Similarly, Laravel ensures that the existing model doesn’t disintegrate suddenly and unexpectedly whenever a developer changes something. That’s why you should hire Laravel developers because they work with the most stable release in the industry of web development.

Routing plays a crucial role in the creation of paths of your site, specifically the ones that need authentication. Developers use it to attach Application URLs to the corresponding controller view or action.

One of the numerous advantages offered by Laravel includes object-oriented libraries that are very easy to process and convenient to implement. Some of the latest features worth mentioning include the following.

App security is a significant point of concern regarding every development framework. Fortunately, the Laravel team implements the best practices, and in doing so, it minimizes the chances of risks through CSRF tokens. These tokens will test every demand on the POST and safeguard against people who may modify the said POST and acquire the demand. It also uses B-crypt Hashing Algorithm to generate encrypted representations of passwords.

The migration system of Laravel aids developers in upgrading an application from the old platform to the new one without recreating its structure. This feature is significantly important for the loading speed. Through database migration, it gives you increased flexibility required in modifying the data structure while executing the same using PHP instead of SQL. Therefore, with the Laravel schema builder, developers can insert columns and rows to create tables without encountering problems.

Well, there you have it – the unique features of Laravel that make it the best PHP framework of all time. You wanted to know more about Laravel 9.0 (LTS), but as already mentioned earlier, the Laravel team won’t release it until September 2021. If they stuck to their 6-month release cycle, every developer, user, and business would’ve been using it already. Unfortunately, there’s no other option but to wait. The Laravel team wanted to release the latest version in March 2021, and it even announced it. However, plans changed and the release got pushed back. That’s why the team updated the last version of Laravel, Laravel 8.0 with at least one feature of Laravel 9.0 to give everyone a taste of what they will bring to the table by September 2020. Also, if you’re going to hire dedicated Laravel developers from India to reduce development cost, you should do it to build quickly with quality code.

COVID-19: Mobile App Development – A Boon Or A Curse »

« How Can Artificial Intelligence Aid Your Social Media Marketing Strategy?