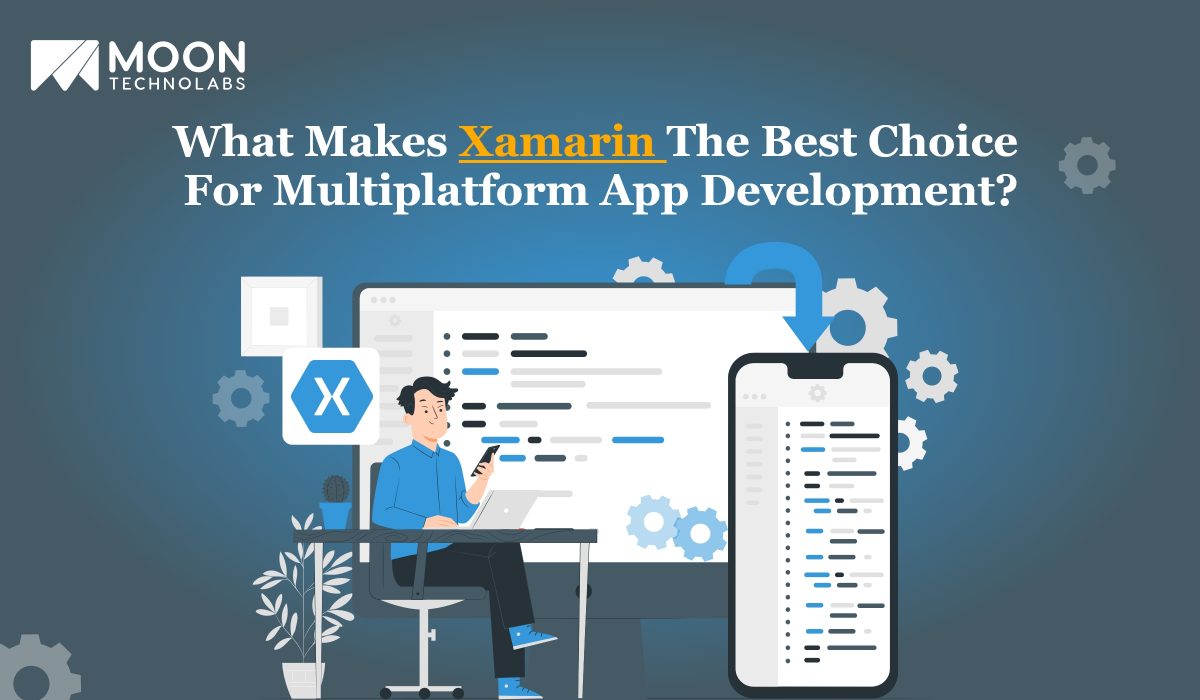 Xamarin facilitates the rapid development of applications for various devices and platforms. Additionally, it lets developers adhere to the DRY approach of development. That’s why Xamarin should be your choice of app development framework.

With every passing day, the sphere of mobile app development is becoming more competitive. Naturally, selecting the appropriate development platform can make or break your project. It can also dictate your chances of success, as well as the reputation of your business brand.

At the moment, business owners have numerous app development platforms to explore and choose from. Those without sound technical knowledge may experience problems in finding the one that has all the features they want, especially if they’re on a strict timeframe and an even more stringent budget.

You’re probably one of them, and that’s why you’re seeking information. You’ll find what you need right here. According to experts, Xamarin has been able to secure a spot among the industry-leading cross-platform app development platforms. It has also facilitated the development of over 7 million applications.

Researchers from Statista have evidence to provide that Xamarin was one of the top five frameworks of cross-platform development used by developers worldwide in 2019-2021.

Here’s a graphical representation of the app development frameworks used between 2019 and 2021.

By leveraging the power of C# and several other .NET-based technologies, Xamaring lets developers use the same tools and programming languages to create apps for iOS, Android, and Windows gadgets.

Software and app developers have to face various kinds of situations and scenarios. Some of the projects they have to handle are simple enough. They also have to oversee complicated projects. However, even the best developers can add complexity to a straightforward project in a bid to be more creative. They end up making their tasks more challenging than they need to.

That’s why developers have come up with specific development principles to make their work a bit easier and DRY is one of them.

DRY is the abbreviated term for “Don’t Repeat Yourself.” Developers often encounter the same code used to build multiple parts of a system, including apps for mobile devices and software programs for computers.

David Thomas and Andrew Hunt formulated the DRY principle and described it appropriately in their book called “The Pragmatic Programmer.”

“Every piece of information should have one single, authoritative, and unambiguous representation within a system.”

In simpler words, programmers have to ensure that they can maintain how the functionality of a system behaves in one piece of code.

However, if your team doesn’t follow this principle, it probably adheres to another principle called WET. It stands for “We Enjoy Typing” or “Write Everything Twice.”

You need a Xamarin app development company where the developers strictly follow the DRY principle, especially if you’re going to build a massive application. If they create it as per the DRY strategy, they’ll be able to maintain, change, and even extend the code.

Problems can also pop up out of nowhere if the developers go overboard with the DRY principle. There’s no point in implementing it in every project.

The perks of Xamarin

Now, it’s time for you to take a look at the perks of Xamarin to understand why developers describe it as one of the best cross-platform frameworks of today.

Building applications on Xamarin is much easier than any other platform you can think of. It utilizes C#, as well as the .NET framework. Also, the entire world believes that an app built using Xamarin is trustworthy.

Xamarin-based applications tend to be straightforward in terms of management and updating as a developer can readily update the source file. Furthermore, C# is the only language used in writing apps on Xamarin. As a result, the cross-platform implementation gets simplified too.

The procedure of developing apps on Xamarin is faster than others as the technology sets the stage for streamlined code sharing across different mobile platforms.

Here are a few other features of Xamarin worth mentioning.

Xamarin has a market share of 14% as an open-source framework in the community of developers. The ultimate objective of Xamarin is to ensure that the platform code and shared code remain in communication.

Microsoft is a dominant force in the sphere of Information Technology. It makes the task of bespoke app development more usable, scalable, and reliable. Xamarin is now part of Microsoft, which means you’ll have the support of a household brand in your application.

Providers of Xamarin app development services can help you enjoy the advantages of this open-source framework. You’ll have peace of mind knowing that you can deploy your applications now, as well as in the future.

Xamarin is an excellent choice if you expect a powerful and robust application to suit the needs of your business. This framework utilizes a clever strategy of code exchanging across multiple mobile platforms. In doing so, it helps developers save time. With Xamarin, developers can share almost 90% of their code across various platforms.

As Xamarin provides a massive array of tools to target various platforms, developers can use universal tools simultaneously to create simple app logic in .NET and C# for all platforms, including Android, Windows, and iOS.

Xamarin can also assist in rapid prototyping and creation of applications with only a few features specific to one platform. Additionally, it allows developers to create applications using native UIs while delivering smoother performances and gaining access to all the capabilities of the device.

By incorporating Xamarin app development services, you can build an app with native functionalities. You’ll get even better results if you combine Xamarin with a hybrid app development UI toolkit. Also, in terms of the programming language used in the development, C# is better than JavaScript and Objective C.

If you choose to build an enterprise application with Xamarin, you’ll save time as the developers will employ headers based on syntax. As time passes, your app development project will become more cost-effective.

Maintaining an application built using Xamarin shouldn’t cause any difficulties for app developers. If you want to update your app or squash one or more bugs in it, developers will be able to do it in the source code. Soon after that, all modifications will get implemented to every other solution automatically.

This feature of Xamarin will allow you to save development engagement, money, and time in the long run.

The community of Xamarin developers deserves as much respect as the app development agencies like Moon Technolabs. They provide comprehensive assistance to customers, as well as other developers. Training facilities and highly-organized documents further bolster their services.

Also Read: Xamarin.Forms vs. Xamarin Native: How To Choose The One You Need?

When you hire app developers, make sure you choose a team with experience in multiplatform development processes. In doing so, you’ll ensure that you and your clients remain on the same page as the latest technological advancements. You’ll also be able to stand up to your business competitors.

Multiplatform app development lets you deliver a high-quality in-app experience to users, regardless of the device they use. If you’re willing to spend a significant amount of time and money to build an app, why won’t you go the extra mile to ensure everyone can use it?

Xamarin provides access to the native APIs and tools needed to build apps for Android, Windows, and iOS. Naturally, it can deliver applications featuring native performance and design. It’s a compelling incentive for resorting to Xamarin for mobile app development over other cross-platform alternatives.

As a business owner, you need to be careful when you hire mobile app developers or choose frameworks for your digital experiences. Based on the information provided above, it seems hiring a company like Moon Technolabs with in-depth expertise in Xamarin and DRY development strategies is a worthwhile idea.

Let’s Get A Free Consultation from Our Experts.
Get in touchCall now

Hundreds of business owners and entrepreneurs select Xamarin to develop applications as it decreases the time needed to market, as well as development expenses, by reusing code and consolidating the power of just one tech stack.

With Xamarin, you should be able to construct your MVP quickly. You won’t have to spend too much on the technical aspects of the project. You won’t even have to inspect the app for viability. So, if you’re willing to fabricate a multiplatform mobile solution for your business and users, you need to start searching for an app development agency specializing in Xamarin.

What’s the KISS principle?
If you’ve been through the write-up above, you already know about DRY. KISS is yet another development strategy that encourages developers to keep things as simple as possible.
What’s the YAGNI approach?
YAGNI is yet another approach to development, apart from KISS and DRY. It’s the principle behind the extreme programming practices that encourage developers to belt out the simplest thing that’ll possibly work.
Where should you look for Xamarin developers?
While there are numerous Xamarin developers available these days, you’ll find some of the best experts at Moon Technolabs. Contact the company to find out whether it can handle your project successfully or not.

How Will The AR/VR Adoption In 2022 Change The Game Of Industry? »

« Advantages Of Cloud Computing For Small Businesses In 2022