Everything To Known About iPhone 13 So Far 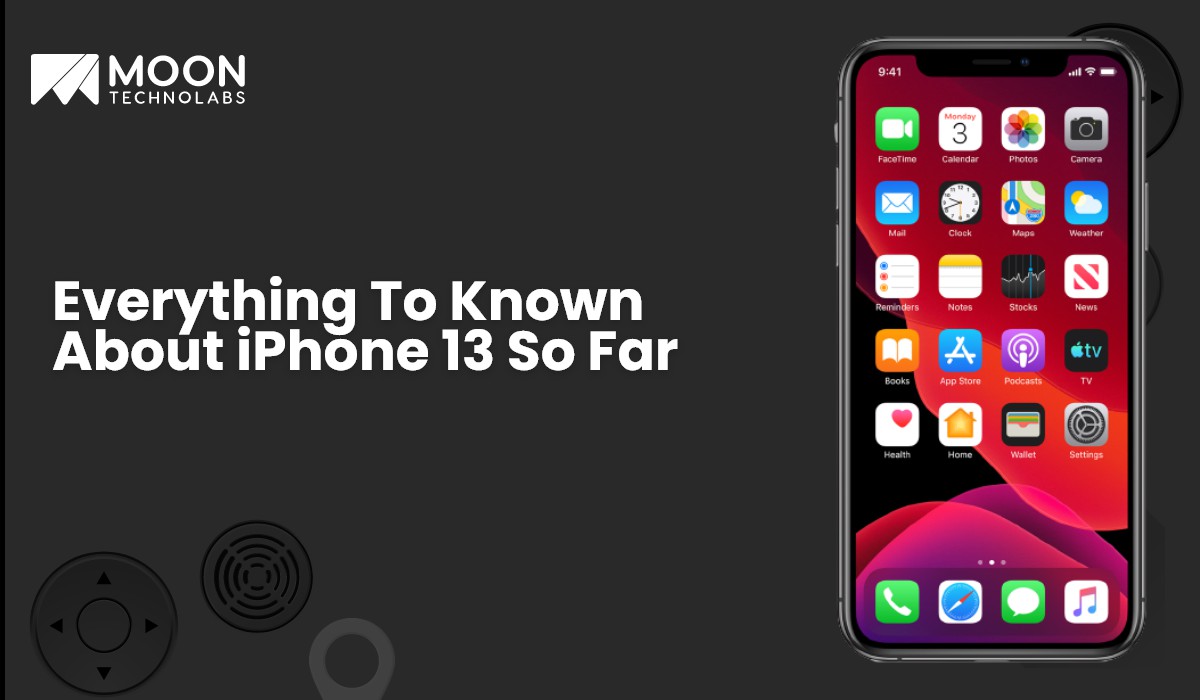 There’s a possibility that the iPhone 13 will be available to everyone by this fall. It’ll also come with several new features and functionalities. Apple’s customers may have a reason to celebrate because they’ll soon get their hands on the latest masterpiece of this brand, but for business owners planning to release iOS apps, the release of a new device means gathering data about the model to ensure the design of the app is suitable for the gadget.

There’s a chance for the release of the iPhone 13 this fall, and it will, of course, bring several new features. At the moment, rumours and information released by leakers point to the fact that the updated models will have specific design-related changes, camera enhancements, faster chips, an under-display Touch ID, a smaller notch, and a few more things. Now, if you’re planning to work with a top-rated iOS app development company and release your new business iOS app soon, this write-up requires your attention.

While it may be of no consequence to you in your venture of getting an iOS app built by an iOS app development company, you’ll probably want to know the name of the latest model of the iPhone. At the moment, nobody knows the name of this phone. There is a possibility that it will be called the iPhone 12s. If not, then it will be the iPhone 13. One report suggests that the brand is internally calling this year, the year of the “S” upgrade. It means the changes will be minor when compared to the already existing iPhone 12.

It may be that the devices launched this year will bear either of the names mentioned above. Or, the company may consider abandoning the numbers entirely. It means Apple will be taking the same route it did with the iPad lineup for the last few years. The marketing names conjured by the brand usually remain under wraps until the final moments. Naturally, you can’t do anything but wait.

Then again, quite recently, a report from the supply chain indicates that the models that will appear in 2021 will indeed bear the name of iPhone 13. As a result, the four gadgets that will be available soon will be the iPhone 13, iPhone 13 mini, iPhone 13 Pro, and iPhone 13 Pro Max.

Now you’ll enter the section that really matters to business owners like you. These features will dictate the kind of iPhone app development services you’ll need for your application.

When it comes to design, the lineup of iPhones in 2021 will probably be almost indistinguishable from the already existing models, particularly iPhone 12. One report suggests that the new model will be a bit thicker than its predecessor, but the tallness and thickness will remain unchanged. The new model will have flat sides, which proves the claim Apple made about searching for new ways to make their phones easier to grip. Leakers described that this feature will be available in the form of a “refined matte backside.” However, there isn’t much data available as of yet. The mini version of iPhone 12 didn’t get as much response from customers as expected by the brand. However, Apple never indicated that it will abandon this particular form factor in iPhone 13. One supply report indicates that the latest model will have the same physical features as the iPhone 12 and its variants.

It means you should expect four separate devices to have three unique sizes for the screens, including 5.4 inches, 6.1 inches, and 6.7 inches. All models will have OLED displays. Now, the size of the screens may remain the same, but the new model will have the 120Hz ProMotion display tech. You must take this factor into account when opting for iPhone app development services.

An analyst from Apple said that the new phone will probably adopt the LTPO technology that will reduce the amount of power consumed by the display. Instead, it will outfit the battery to enable 120Hz display functionality. Apple adopted the LTPO display system when it created the series 4 of the Apple Watch. Understandably, it aims to bring this ability to reduce power consumption to its iPhone lineup. Furthermore, the new phone is probably going to come with an always-on display, which is a first-time venture for Apple. The display will show the battery charge and clock. The notifications, on the other hand, will appear in a dedicated section.

So, what’s the deal with the notch? Whenever a new model of the iPhone hits the market, everyone expects that the Face ID cutout and the notch will reduce in size. It didn’t happen yet. Also, the notch has been there since the iPhone X. Insiders report that it will probably change this year. The notch on the new model will be significantly smaller than the previous model. Apple tweaked the top receiver’s position to cut down the TrueDepth camera’s size. It did so to reduce the notch size. The analyst mentioned earlier corroborated this story and informed us that the notch will surely reduce in size this year.

This reliable analyst of Apple further mentioned that the iPhone 13 will have a smaller notch area, which will also be the primary hardware specification alterations. Kuo even anticipates that the brand will shift to a hole-punch design for the notch on its devices, and it will start doing so from 2022.

Firstly, the cameras on the back may showcase a few interesting alterations in terms of design in the new iPhone. The bump of the camera will remain, just like the other models, but Apple will probably include a sapphire glass that will keep all the lenses covered. In doing so, the brand will make it look like a single piece instead of three different cameras with individual lenses.

When the last two phones came out, they offered noteworthy improvements over the models that came before them regarding the camera and the technologies used in manufacturing them. The latest model will feature some more improvements this year. Reports state that the module of the camera for both devices will be of the same size. It suggests that the former and latter gadgets will use similar camera systems, even if the former is smaller. The camera will also include wide lenses with sensor-shift stabilization. In the previous year, the stabilization was better with 2.5 times the optical zooming features present on the Pro Max version of iPhone 12.

Now this section will be crucial to you, especially because you plan to hire iOS app developers. Both models that came out earlier had the Apple A14 Bionic processor. With every passing day, Apple keeps on improving the in-house silicon work it does. Naturally, you can expect the new phone to have Apple’s newest chip inside – the A15 Bionic processor. Unfortunately, there isn’t much information available as to the specialty of this new processor, but experts say that the brand will build the processor using the same 5nm process used to create the A14.

The only thing different will be the new tech called 5nm+ that will enhance performance significantly. Tech specialists describe the 5nm+ as the N5P. They also say that it’s a performance-augmented edition that will connect more power with enhanced power efficiency to increase battery life. Now, what it means with regards to performance standards and efficiency will only be perceivable in the near future.

Here’s another feature of the iPhone 13 that you need to look into if you’re going to hire iOS app developers. When iPhone 12 came out, the ability to connect to the 5G platform was the main source of the hype. However, only the models released in the USA came with mmWave 5G support. Apple couldn’t do anything more because of the added costs. This year, however, reports suggest that Apple has already added extra support for mmWave 5G antennas. The brand also has plans to place a massive order for these antennas for the new iPhone. It means that Apple is probably thinking about increasing mmWave 5G across previous iPhone models released in the USA, as well as in other countries.

Also Read: Tips To Quick Submit Your App To The Apple App Store The Right Way

A few other features of the iPhone 13 include a touch ID, 1TB storage option, larger batteries, unique colors, and the absence of the so-called “Lightning port.” It means the iPhone 13 won’t be getting USB-C support. From everything described above, it seems that the new model isn’t going to be much of an improved version of its predecessor. Of course, there will be a few enhancements, but the difference will be quantifiable.

« About Python And Its Compatibility With Third-Party Modules