The Importance of Developing 5G And Edge Computing Together 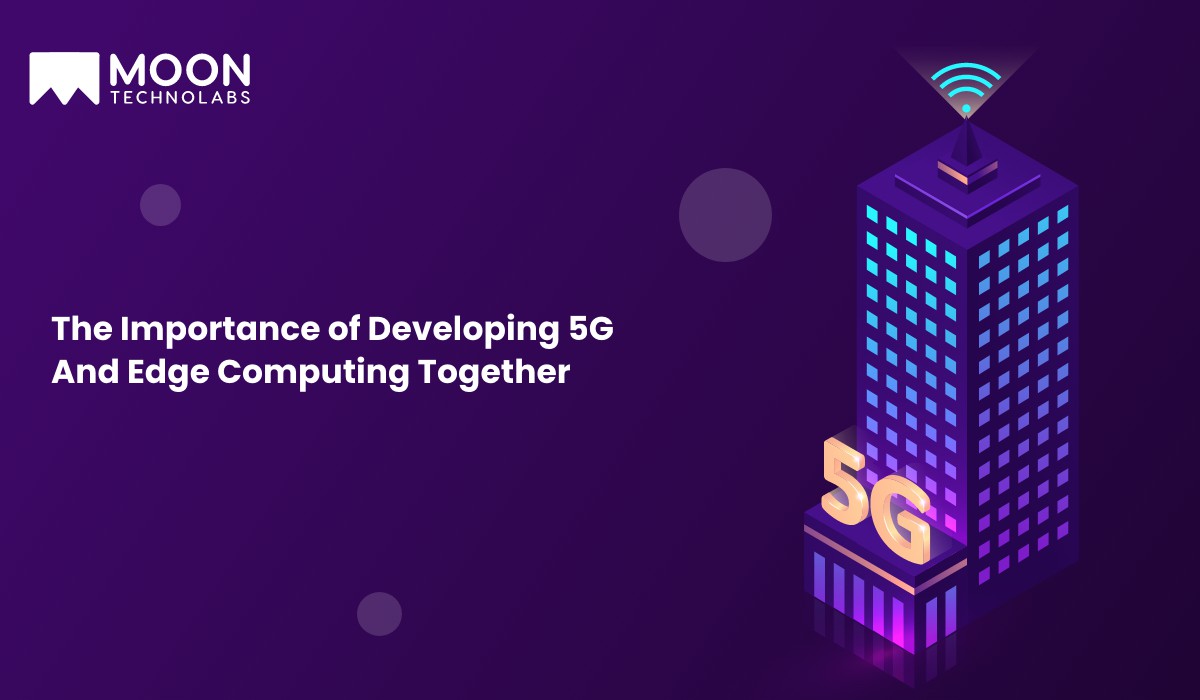 According to tech experts, 5G and edge computing share an inextricable connection. They are both ready to improve app performance significantly and facilitate processing massive chunks of data in real-time. 5G has the power to increase speed by ten times that of 4G. On the other hand, mobile edge computing aims to reduce latency by introducing computing capabilities to the network. In other words, they will get closer to the end-user.

Based on the works of a group of researchers that conducted a worldwide market study, the sum of money spent by network operators on MEC or multi-access edge computing will increase to $8.3 billion in 2025 from just $2.7 billion in 2020. No matter how astonishing it sounds, it will happen, and within the next few years.

MEC, previously recognized as mobile edge computing is an approach to communications that allows cloud computing capabilities at the edge of a mobile network or any other network for that matter.

As the 5G network systems keep rolling out over the next few years, mobile service providers and every mobile app development company will invest resources heavily to enhance their IT systems infrastructure and communications network capacities to support the profound growth in data consumption and production generated by applications that require 5G tech to work.

The next generation of devices, including routers, functional access points, base stations, and other network-related entities will finally allow massive quantities of IoT-powered devices to satiate their ever-increasing bandwidth requirements.

As an extra benefit, there will also be an increase in the accessibility of geographical areas presently described as “bandwidth deserts” as they don’t support high-speed internet. The lack of job and educational opportunities that plague several parts of the world will vanish once 5G and edge computing unite.

Next-gen devices will also play a crucial role in managing the gargantuan quantities of data generated by IoT devices, such as smart city systems, smart cars, and other emerging data-intensive machines and the services they will offer.

Understandably, the growth of MEC will possibly drive the optimization of numerous segments of the market. Just take farm yields for example. As farmers learn to exploit new-age, cost-effective “smart farm” technologies, they will be able to divert their attention towards water conservation from irrigation or identify and target pests that damage their crops. They will also learn more about less toxic methods of farming and incorporate those strategies.

The providers of cloud services to the general public will benefit more than others from these enhancements as they will gain access to a bigger marketplace. In turn, the companies in diverse markets will start consuming public cloud services that offer cost-effective access to groundbreaking technologies, such as mass data storage, machine learning, and advanced analytics. In other words, public cloud service providers will play the role of the great equalizer.

Changes like these will take place within the next few years, as predicted by the top mobile app development companies. The most common patterns will be a union of enterprise networks and mobile networks, and the erasing of the lines existing between the two. More pervasive and faster networks can’t always provide an answer, but in this case, it will work to solve the so-called “last mile” problem experienced by human civilization since the internet came into existence.

The current state of edge computing

Experts describe edge computing as a foundational piece of technology useful to industrial enterprises because it offers enhanced security, shorter latencies, cost reduction, and responsive data collection. The very same experts also predict that almost 90% of all industrial enterprises will start using edge computing by 2022. It also means that every mobile app development company will have more on their plates than they already do.

MEC, as already mentioned earlier, will play a crucial role in edge computing due to its expansion. You should know by now what it is and what it can do. The ultimate objective is to run applications and perform related processing tasks closer to the cellular network. In doing so, network congestion will go down significantly and the applications designed by the top mobile app development companies will perform better.

Even with all the problems, the research pointed out that the demand for reduction in latencies in mobile applications for mission-critical apps is increasing in multiple areas, including consumers, industries, and enterprises. After all, people rely on their mobile devices more than any other gadget these days for their work.

Companies that utilize data, as well as governments, need a significant data stream for real-time analytics. Combined with the rising adoption of IoT, the demand for an edge infrastructure is at its pinnacle. Cost reductions will enable the same as implementation of this infrastructure will result in lower operational costs and better customer experience for telecom operators.

The new 5G network is under development and is running parallel to edge computing. In the field of telecommunications, 5G is the fifth generation tech standard for all broadband mobile device networks. Officially, 5G has been around since 2019 when specific cellular network companies began deploying it. It will soon succeed 4G networks that provide connectivity to almost every mobile device today.

Based on a paper released by a consultancy firm offering market development advice to telecommunication firms, 5G and edge computing have an intricate connection. In short, one will be incomplete without the other. The same whitepaper further declares that the two technologies are just waiting to be let off the leash. As soon as they roll out, they will augment the performance standard of applications and facilitate the processing of huge amounts of data in real-time.

As already mentioned earlier, 5G will be almost ten times faster than 4G. Mobile edge computing will partner with 5G to reduce latency and bring computing abilities into the network. Everything will get closer to the end-user. The writer of the paper also argues that both 5G and edge computing should develop at the same time for the following reasons.

(1) Based on the standards of 5G, it’s the only thing that can meet predetermine latency targets. Enhancing radio interference alone won’t do the trick.

(2) The gradual approach of the operators in deploying 5G will lead to the coverage of “full 5G,” and it won’t be enough to give birth to an ecosystem of new applications. That’s why you should root for edge computing. If you’re going to hire mobile app developers to build something that needs 5G to run, the appearance of edge computing will light a fire under network service providers to release 5G.

Tech experts say that 5G is primarily focusing on providing a better mobile broadband experience to its consumers with compatible mobile devices at the moment. With time, however, 5G will keep evolving to support a massive range of features, most of which will need swifter processing of large amounts of data quickly to offer improved experiences. Edge computing is the solution to this issue because it brings cloud resources-compute, networking, and storage closer to devices, applications, and users.

5G will kick into full-fledged action after eliminating round trip times by introducing Artificial Intelligence, Machine Learning, IoT processing and decision-making closer to the application.

When it comes to running a business, the operations section of the same is always dynamic and fast-moving, as it has been since time immemorial. Also, the industry of business operations moves just as fast. Understandably, the industry needs professionals to always be on the lookout for the next significant change. Despite being meagre, a few edge 5G networks are already in use. Before the two technologies roll out in full force, you should hire mobile app developers and find out how they will dictate your app development project. If you have been going through this write-up from the beginning, it should be clear to you that they will change things beyond all expectations. Everything from the way you develop industrial and consumer technologies to deploying the same won’t remain the same. That’s why it’s of the utmost importance to contemplate what it will come down to once edge computing and 5G appear together. The rest will be clear to you as time passes and these two technologies make their grand entrance.

AI Is An Innovative Feature In Architecture Industry »