Explore About ReactJS and React Native, Here’s Some Help 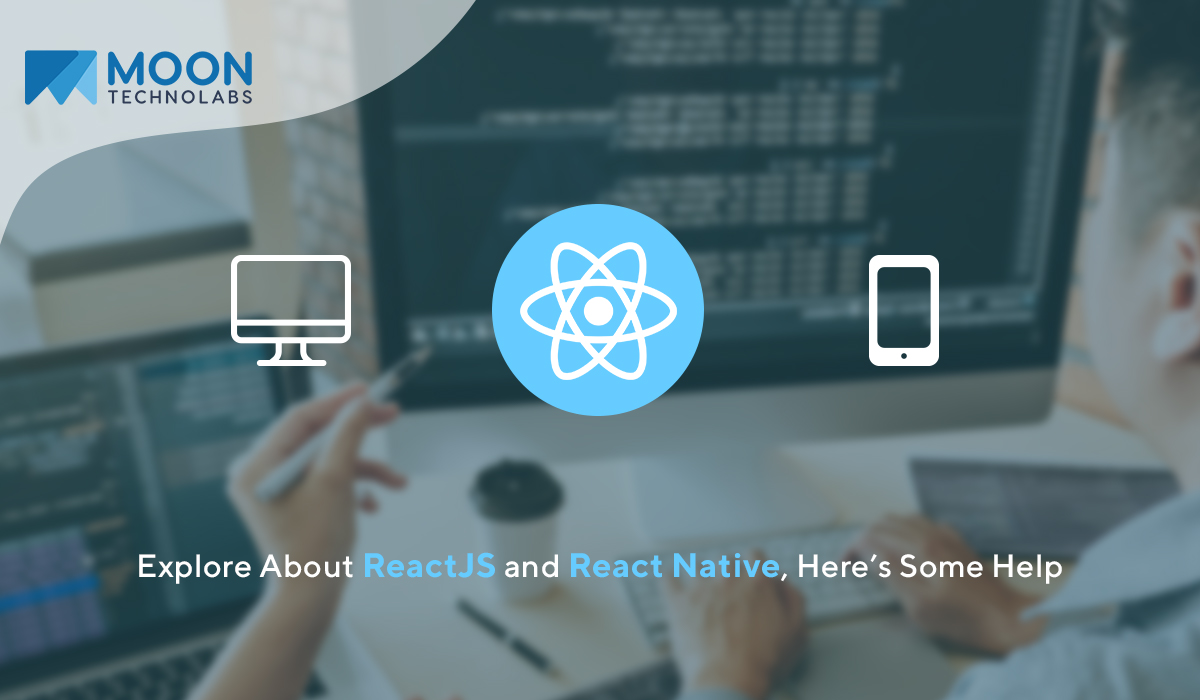 It has been two years since the arrival of React Native. It’s quite an interesting framework for app developers because they can use it to build Android as well as cross-platform mobile apps. Facebook, on the other hand, released ReactJS to address its requirements for a dynamic and high-performing User Interface. Here you’ll learn everything else about these two programming languages.

Do you have to seek out a reliable and experienced react native app development company? Did you consider whether ReactJS would be better for your project or not? As the representative or owner of a business organization, you may not have much of an understanding of these platforms. Nevertheless, if you wish to choose an app development firm for your project, then you must know a few fundamental things.

Before delving into the comparison between ReactJS and React Native, here’s a bit of a history lesson for you. At the moment, both ReactJS and React Native power some of the most widely used mobile apps and websites, but they do have an interesting anecdote. It was in 2011 when Facebook advertisements were expanding and bringing new and more exciting features. However, the engineering team found that these constant updates were hampering their progress rate. Due to the changes in content cascading and new updates, the entire app had to undergo a full-fledged realignment. With the expansion of the team, the number of problems kept on increasing.

They had the perfect model at their disposal, but the user interface required a thorough makeover. At the same time, an engineer at Facebook, Jordan Walke, utilized XHP to create FaxJS. It was the prototype of ReactJS. Then, in 2011, Facebook deployed ReactJS, and it was a revolutionary event. Once Facebook acquired Instagram in 2012, they used ReactJS to rectify the timeline of Instagram.

These events signified the creation of React Native as a framework. Soon, every react native app development company witnessed the emergence of two of the most powerful app development technologies. Comparing the two platforms can be quite fascinating to app developers, but you only need to understand the basics. That’s why an in-depth explanation of both platforms should be enough for you to get a clearer picture. Rest assured, both are equally useful in developing mobile apps, web apps, mobile responsive websites, etc.

The providers of ReactJS application development services describe ReactJS as a JavaScript library that’s useful to both front-end developer and server. Apart from that, these people use ReactJS to create user interfaces for websites and mobile apps.

The features of ReactJS:

(1) Exceptionally fast with DOM: From the perspective of a business company, one of the USPs of ReactJS is that it can bestow superfast speed upon the applications and websites developed using the Document Object Model or DOM. ReactJS creates an in-memory data structure cache that computes the resulting differences. Then, it updates the DOM displayed by the browser seamlessly. The programmer simply writes the code as if the entire page will pass through a rendering process on every change. However, in reality, only the sub-components undergo changes and rendering.

(2) It saves time: The providers of ReactJS application development services sing praises in the name of ReactJS because of its component-based architecture that saves time. It does so by enforcing the reusability of components. This architecture of ReactJS takes individual pieces of a more significant user interface and converts them into an independent and self-sustaining micro-system.

(3) For SEO: ReactJS is also beneficial to SEO, as it’s capable of server-side rendering. Naturally, it boosts the SEO of a webpage or app and attracts more organic traffic. As soon as a Google bot visits the server that already rendered the images and content, the speed of indexing and caching the content becomes faster. Basically, it gives the much-needed push to the SEO strategies used for the website.

(4) An ecosystem of developer tools: The popularity of ReactJS led to the formation of a massive community of developers. These people created an incredibly large ecosystem of tools, IDEs, component libraries, code editor extensions, web browsers, etc. This availability of a wide array of third-party tools and extensions unleashes an entirely new dimension of innovation while preventing the wastage of resources and time.

The features of React Native:

(4) Smoother UI experience: The React Native ecosystem boasts of component UI libraries. Developers can use it to create a smooth UI experience. The sharing of UI libraries, such as the Expo, native base, Shoutem, and others decreases the time required to build apps from scratch. Understandably, developers get more time to focus on innovation and new ideas.

From the information given above, it should be clear to you that ReactJS is an entity in itself, while React Native relies on ReactJS to perform. Besides, the latter is what you need for cross-platform app development. When you keep these things in mind, you’ll find it easier to select an app development agency for your business company.

« Here Are The Features That A Cloud Based SaaS Application Requires