An Overview Of The Architecture Of Electron.js 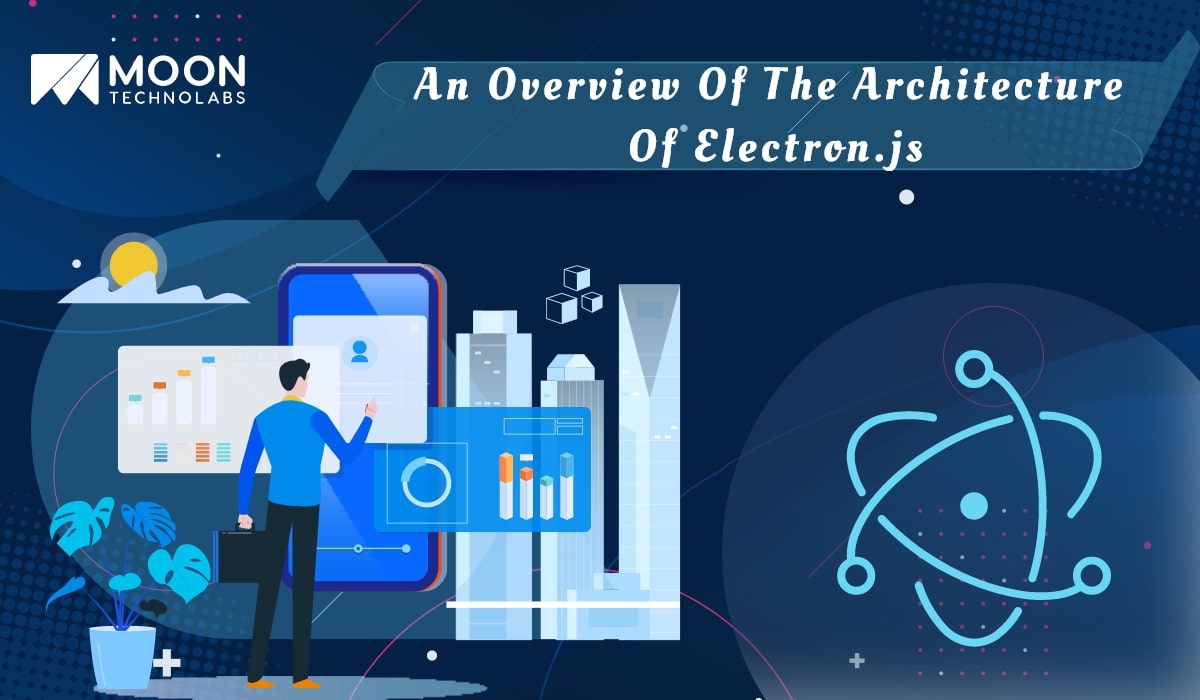 When it’s about developing apps for desktops, Electron.js is the most recognized and widely used framework. What does its architecture incorporate? What’s under the hood of Electron.js? This topic aims to unearth these aspects.

Over the last few years, more and more developers have been using JavaScript in the realm of web browsers. They combined it with frameworks and libraries like Vue, Angular, and React. In the same way, JavaScript crossed the boundaries of web browsers with React Native, Node.js, and Deno.

One such framework is Electron.js, and it’s one of the most preferred frameworks among developers for cross-platform desktop app development. Since the day it came out in 2013, Electron.js has been growing consistently. A few of the most recognized and widely used desktop apps created using this framework include Twitch, VS Code, and Slack.

So, how does an electron.js application development company use the framework? It embeds Node.js and Chromium in its binary, which allows web developers to create desktop apps without writing native code. Electron.js leverages a multi-process model comprising of the renderer and main processes. This approach is in tandem with the Chromium browser.

Every app’s window is a render process that isolates code execution at the window level. The primary process is in charge of the app’s lifecycle management, render process or window management, and native APIs, such as notifications, tray icons, and system menus.

Each app has one main process, as well as a render process with a variable numerical value. Developers can use JavaScript code execution for the render processes and can hide them without a UI.

Before moving on to the next phase, here’s an important piece of information for you. Electron.js isn’t the only option you have at your disposal for building cross-platform apps for desktop devices. Many other alternatives exist, and they don’t require too many resources. They also boast of lighter executables.

However, none of these options have learning resources or community sharing. They aren’t as popular as Electron.js, either. 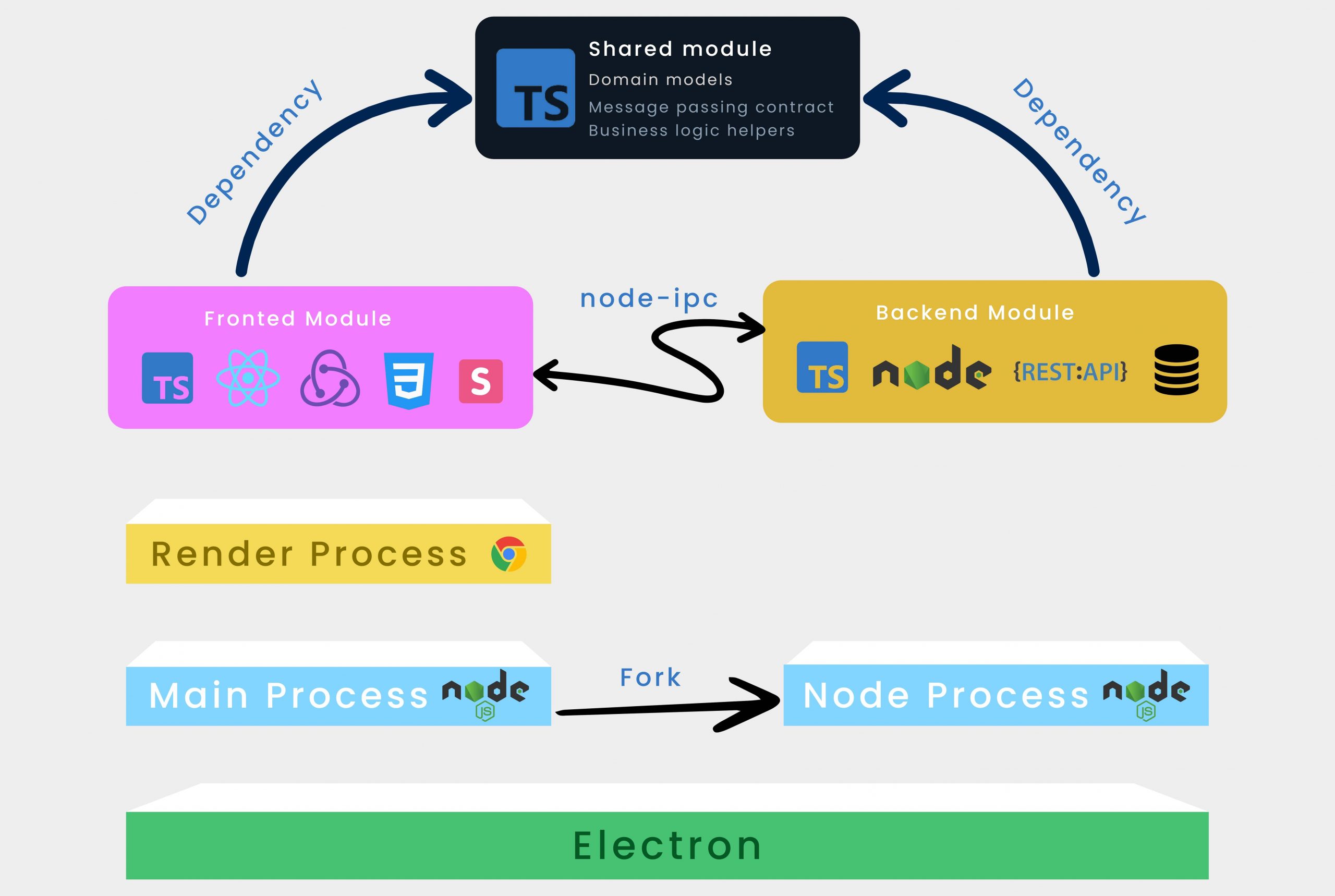 It’s best to delegate your desktop app project to an electron application development company. However, if you have an in-house team, its members shouldn’t have any trouble getting started. After all, the knowledge of JavaScript and Node.js is transferable.

Electron.js comes with a recognized language and abstractions. These two things can reduce development expenses and the time to market. In short, Electron provides the same features for desktop app development that React Native offers for mobile app development.

This framework can even manage the creation and deployment of application updates. As a result, it becomes easy for your developers to keep all cross-platform solutions synced. They do it by loading assets remotely at runtime and launching auto-updates.

Then again, advantages and disadvantages go hand in hand. For all the benefits possessed by Electron.js, it comes with a few trade-offs. It has the environments of Node.js and Chromium, and it causes an app created using Electron to utilize more resources. The same thing doesn’t happen if your developers implement their native counterparts.

This section will cover the high-level architectures of a few fictional software solutions differing in terms of complicatedness. You shouldn’t mistake this portion of the write-up as a warning sign that you shouldn’t use Electron.js. It’s just a representation of what you can achieve with electron.js app development services.

In the beginning, you should think about an app with low levels of complications. This fictional app will involve packaging a webpage in the form of a desktop solution.

When it comes to applications having medium-level complications, Spotify is the perfect example. It’s an app designed for streaming music that offers offline streaming support through a local cache. An app for desktops can use Electron.js to create a layer of local cache.

While low and medium-complexity apps can complement web apps, there’s a difference – the ability to offer offline support.

Also Read : How To Use Electron To Build Multi-Platform Desktop Applications?

For high-level complexity, batch-image processing applications like Sharp should do the trick. Such an app has to be capable of processing hundreds and thousands of images to operate fully offline.

When it comes to the problems associated with offline applications, such as roundtrip communication between the render processes, performance degradation, and the experience of the developer, a specialized architecture will be necessary.

If you hire dedicated developers with in-depth expertise in Electron.js, they’ll propose the following pillars on which they’ll build the architecture. 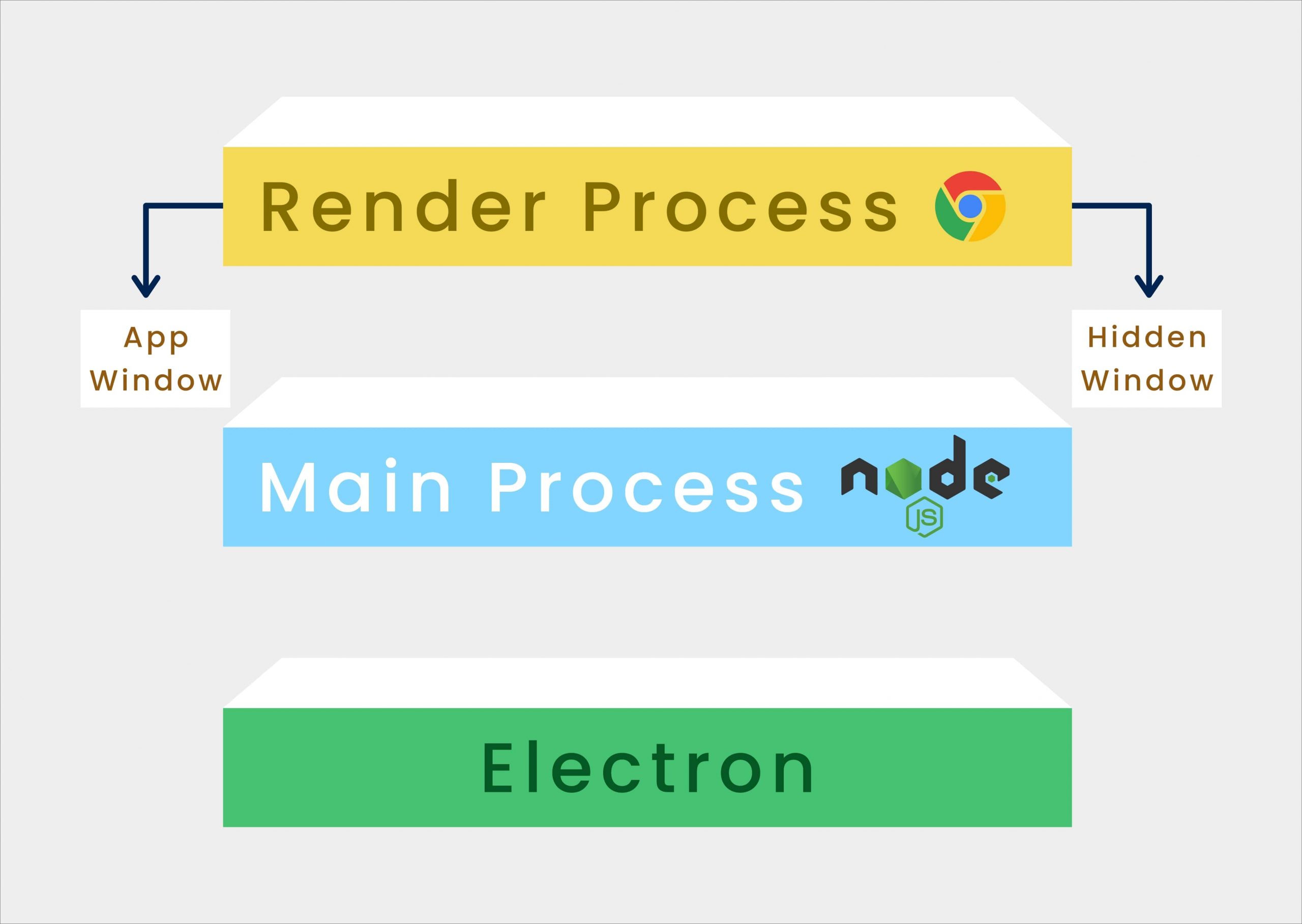 Here’s a description of all the modules.

The backend module will have the backend codebase, along with the setup code of Electron.js. The long-running operations and the business logic will run in an entirely different Node.js process to ensure the UI doesn’t have to deal with the brunt of performance degradation.

The front-end module is in charge of managing everything associated with the UI of the application. It has the animations and components of the app except for the business logic. Electron.js will serve the same through generated static files.

If you’re going to hire dedicated developers, you should go for Electron.js specialists. After all, this framework is the best for developing cross-platform applications for desktops using various web tech stacks. Despite being relatively easy to use for low-complexity solutions, developer experience and performance will turn into setbacks once the complexity increases.

The architecture proposed above by the experts from Moon Technolabs aims to offer an all-inclusive conceptual foundation for complicated applications. The developers you hire for your project may have to extend it based on the use case. However, it should be enough for various types of desktop applications.

What Makes Swift The Best For iOS Enterprise App Development? »

« Flutter Has Become A Trendsetter In Mobile App Development