WordPress 5.7 “Esperanza”: Just One Click To Convert From HTTP To HTTPS 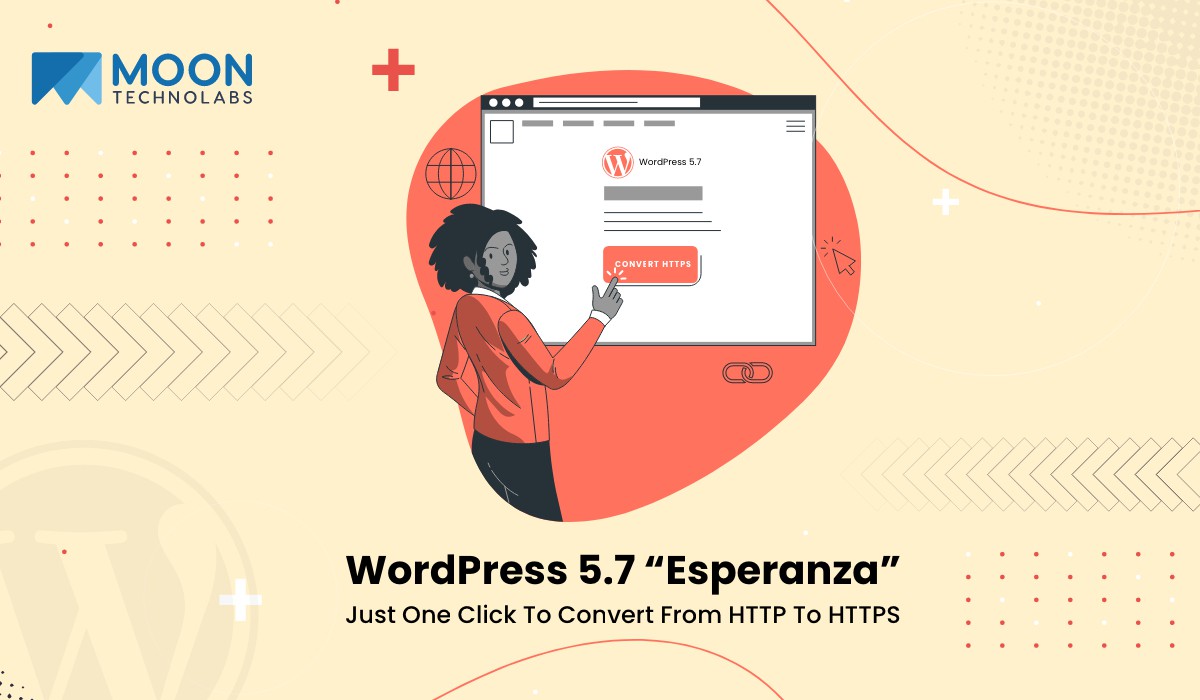 The newest version of WordPress, WordPress 5.7, which appeared during the early days of 2021, brings several new features and systems to the table. Most people recognize it as a platform that lets you convert an HTTP website to HTTPS with just one click, but there’s more to it. If you wish to find out more about WordPress 5.7 “Esperanza,” this topic deserves your attention.

The official release of WordPress 5.7 “Esperanza” is now available, and it brings several significant updates for almost 40% of the websites on the internet. WordPress creators named it after the inspiring Esperanza Spalding, a new prodigy in the world of music. This version of WordPress comes with crucial editor updates and core enhancements that WordPress developers have been expecting for some time.

The folks in charge of the release, led by the co-founder of WordPress Matt Mullenweg, have been working hard to ensure that both users and developers can enjoy the benefits of fixed issues and new features. According to a reputable WordPress website development company, “Esperanza” is just the first of four important releases. The others will surely appear later this year. Additionally, WordPress creators plan to let website owners use full-site editing systems available through Gutenberg. It means you’ll see further enhancements in this section sooner rather than later.

Apart from that, there are 66 other augmentations, feature requests, and more than 130 big fixes. All the features possessed by WordPress 5.7 “Esperanza” will surely make every WordPress developer fall in love with their favourite platform again. One feature worth mentioning here is the continuous cleanup after the jQuery 3.5.1 update, which is the next step in the entire removal of jQuery Migrate. “Esperanza” even has a streamlined URL migration system that lets you change your HTTP website to HTTPS with just a few clicks.

Would you like to know more about the features? Here you’ll find a few of them. However, if you need help in porting your old WordPress website to 5.7, you’ll need the services of an experienced WordPress website development company that’s already using the new version.

1. Migrating from HTTP To HTTPS

This one is, of course, the feature that brought more recognition to WordPress 5.7 “Esperanza” than anything else. This new version of WordPress introduces a new function that checks if the address of the site and the address of WordPress are eligible to use HTTPS or not. If it does, the function will indicate it. It’s an incredibly powerful function that can detect the whole website, including the front and backend. There’s another function that will check if the environment can already facilitate HTTPS or not. If that’s the case, you will notice the appearance of “a new recommendation” with a button in the upgrade interface of the Site Health section. You will find it right below the HTTPS Status area.

After the introduction of lazy-loading images in version 5.5 of WordPress, the “Esperanza” update brings several other performance enhancements by setting lazy-loading as default in the iframe tags. It means if you embed media via iframes, they won’t load until you approach the viewport. This feature will ensure better performance and a smoother user experience.

Website owners are already in love with the HTTPS porting feature, but developers are going crazy about the groundbreaking developments to the block editor. It lets users enjoy a superior interface of version 9.9 of Gutenberg. This system brought forth several improvements and bug fixes too. It’s a combination of everything WordPress creators did by building seven patches when they released WordPress versions 9.3 to 9.9. Now you can drag patterns and blocks easily from the inserter to various posts and pages. This editor even provides many block variations, customization options, and switching between the two versions (10.0 and 10.1).

WordPress 5.7 introduced a standardized colour palette consisting of 7 primary colours 56 shades. The creators did it to stay in line with the WCAG 2.0 AA proposed contrast ratio to make design alteration more accessible. The new colour palette will come in handy while working with existing CSS Core classes. WordPress creators are encouraging every developer and contributor to use it because it will ensure better design-related decisions.

5. The continuation of jQuery 3.5.1 Update Cleanup

With the continuation of jQuery cleanup, you won’t run into as much deprecation in the core as you used to in the earlier versions. This particular feature made WordPress much more user-friendly. You should be able to understand every message and every notification you see. WordPress creators announced the three-step plan of updating the jQuery library back in 2020. Currently, it’s at its final stage, which incorporates removing the jQuery Migrate plug-in.

WordPress 5.7 has two new functions that you or your development team can use to determine whether a post has a parent or not. The same functions will also let people identify the related one. There’s a new template tag that can accept one parameter, which can be a post ID or an object. By default, it will use the global variable, if available, and retrieve the parent object for that specific post.

As you can guess, there are several other functions and features of WordPress 5.7 “Esperanza” worth knowing about. Unfortunately, it’s not possible to include them all in this write-up. However, if you’re keen on getting your WordPress website updated with the latest version, you should contact a WordPress website development company. Apart from working on your site, they can tell you more about Esperanza. Just make sure that you hire a company that’s already using WordPress 5.7.