Why Your Business Needs Hybrid Or Native Mobile App? 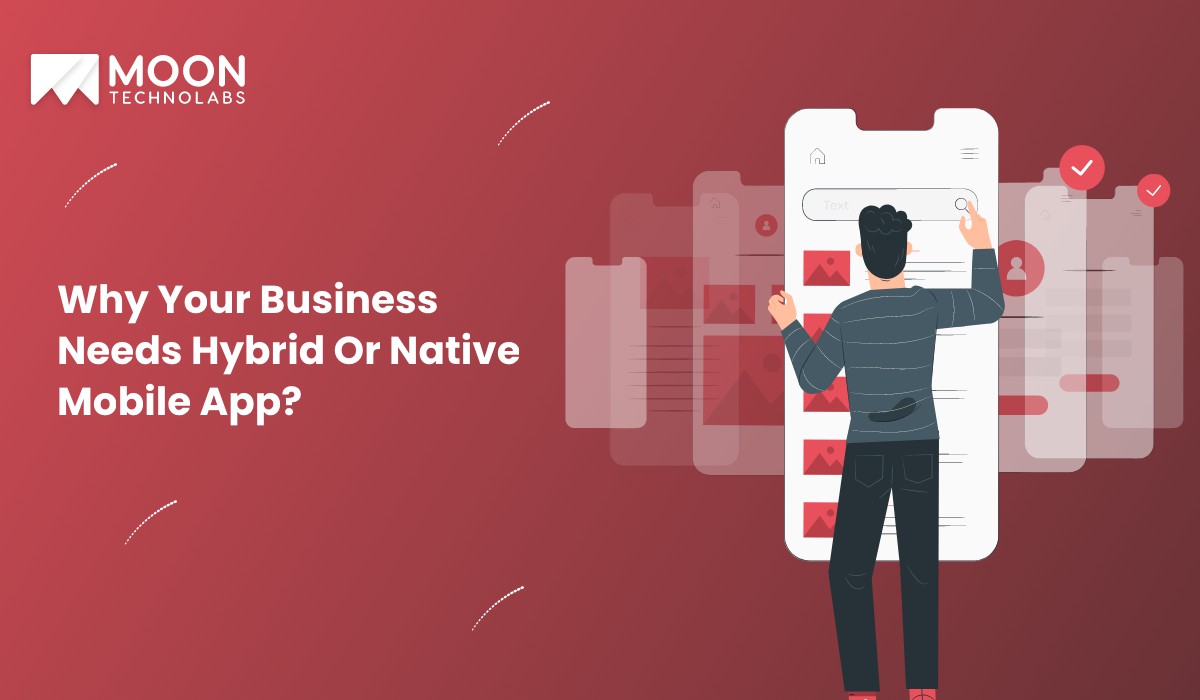 In this write-up, you’ll learn about the differences separating hybrid applications from native applications and vice versa. You’ll also learn about the primary benefits they possess. It will also introduce you to a few things associated with the development processes of both variants to help you pick the most suitable one.

At the moment, mobile applications are the most powerful tools of business. In reality, they are now a standard for establishing connections with customers. As a result, the popularity of mobile app development services is also increasing with every passing day. Every business company’s audience wants mobility, swift access to information, ease of use, and the ability to work on the go. Naturally, opting for mobile app development is now a mandate for you.

Mobile industry statistics are backing everything mentioned above. For instance, the shipment volume of smartphones will go as high as 1.65 billion by 2022. Also, the number of mobile device users will cross the 3-billion-threshold in the same year. Rest assured, this exponential growth isn’t going to slow down.

It’s now clearer than ever that every business company should opt for mobile app development if they wish to accelerate their growth rate. There was a time when having a strong mobile presence was just an option, but today, it’s a must-have. The number of apps in Google Play Store and Apple App Store amount to almost 4.4 million, with new ones appearing every day.

However, app development isn’t as easy as it seems. While you don’t have to do it yourself, you must decide whether you need a web app, native or hybrid mobile application development services.

So, what’s the difference between the two? Native app development is about building mobile apps specifically for individual platforms, such as Android or iOS. It means that an app designed for Android won’t work on iOS and vice versa. App developers create them using programming languages and tools specific to a platform.

iOS – Developers build iOS applications for devices launched by Apple Inc. They use Swift or Objective-C as the programming language to create native iOS applications. Swift is quite popular because of its general-purpose nature and its modernized approach to performance, security, software patterns for designing mobile applications. To build something that will work on iPad, iPhone, or Mac, developers resort to Xcode, which is an IDE or Integrated Development Environment.

Android – Android applications demarcate Google and developers use Kotlin or Java for native development. Java, as you probably know, is a programming language used by almost 9 million Android developers across the world. The best thing about Java is that it’s robust, object-oriented, and user-friendly. However, Kotlin is emerging as the more preferred one, at least for native development.

Now, you may be wondering whether iOS and Android apps can work in coalition or not. Well, they can’t, at least as long as the developer doesn’t build something using cross-platform app development techniques and procedures. Cross-platform app development is about creating an application that will work on every platform. Developers won’t have to change the core architecture of such an app to make it work on an Android or iOS device. In essence, these apps become hybrid. By adhering to a cross-platform or hybrid approach, developers can compile code and execute it on several platforms. Hybrid frameworks to build hybrid applications include Xamarin, React Native, Flutter, and more.

The pros and cons

Well, now you a lot of information about hybrid and native applications. You should use what you learn here to decide which one you should root for. You must also consider the unique requirements of your business, the way you operate, and your target audience to make the right choice.

Create Buyer Persona To Your Grocery Business To Beat Your Competitors »