Which 8 Cross-Platform Frameworks For App Development Should You Use In 2021? 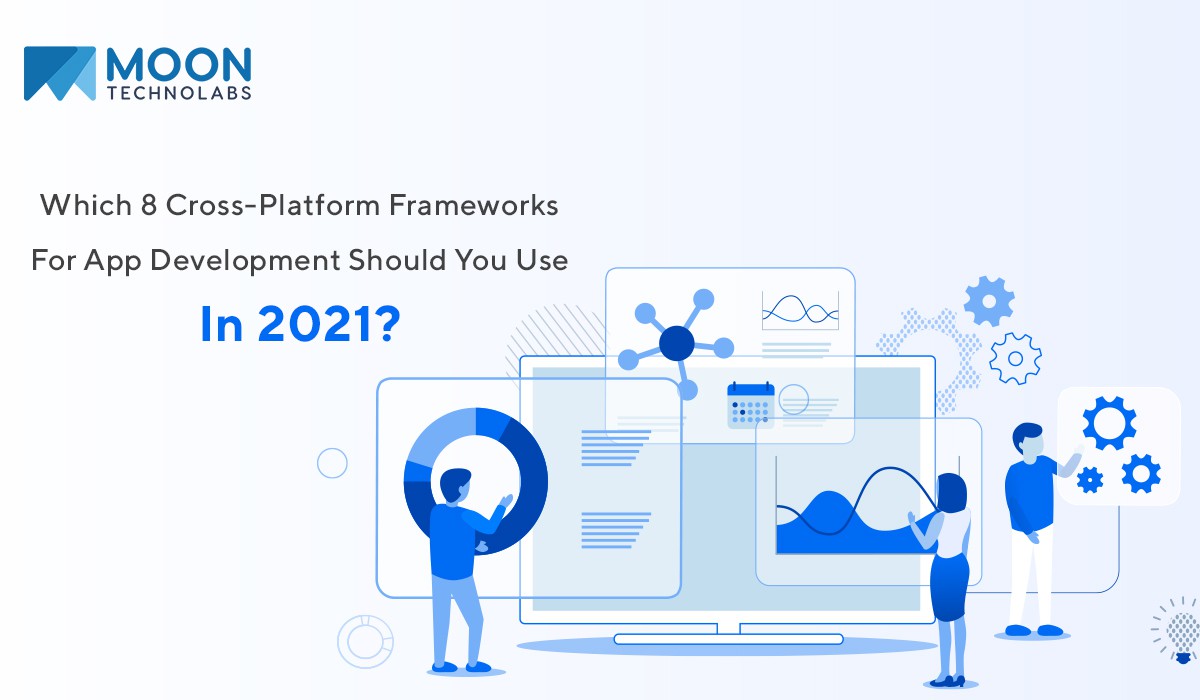 People remain engaged in mobile applications so much that they forget it isn’t possible to use the same app on two devices powered by two different operating systems. Therefore, an app designed specifically for Android won’t work on iOS phones and vice versa. It’s also quite challenging for app developers to create applications separately for different gadgets. Fortunately, technological developments never remain stagnant. Today, developers can use cross-platform frameworks to build applications compatible with multiple devices.

The mobile revolution is at its prime. While new developments, such as foldable smartphones and wearable gadgets are noteworthy, none of these devices will be worthwhile without apps. They enable people to partake in their daily activities with efficiency. With incredible mobile applications, booking tickets, following food orders, or shopping products from e-commerce stores become enjoyable.

There was a time when mobile app developers used to design apps for one platform only. As a result, they often had to recreate the ones that became popular for other devices. After all, an app designed specifically for Android-powered gadgets won’t work on iOS-powered devices and vice versa. However, technological evolution brought forth a system called cross-platform app development. With it, developers can build apps for multiple operating systems.

So, which cross-platform app development frameworks deserve your attention in 2021?

It’s an open-source cross-platform app development tool developed by Facebook that the developers can use to create both iOS and Android applications. Once developers learn how to use it, they can write code for app development just about everywhere. It depends entirely on React without having anything to do with HTML or WebView technologies. Instead, it uses platform components in JSX and polyfills that resemble CSS. Additionally, there’s no DOM API to worry about. React Native brings the best features of React.JS and JavaScript.

Just like React Native, Xamarin is another open-source framework for cross-platform app development. Developed as an independent platform back in 2011, Microsoft acquired it five years later. This framework is different from all the others because it works on the open-source implementation of .NET – Mono. It’s this implementation that gives Xamarin its own runtime, C# compiler, and .NET libraries. The ultimate objective of this framework is to allow code written in C# to run on other operating systems, such as macOS, UNIX systems, and others, apart from Windows.

Here’s another incredible cross-platform framework for mobile app development called PhoneGap. Created back in 2005 by Nitobi Software, Adobe purchased it in 2011. PhoneGap primarily works on HTML5, JavaScript, and CSS3. Naturally, both app and web developers find it very easy to work it. It also supports several platforms, such as Android, iOS, Windows, Blackberry, Bada, etc. PhoneGap boasts of having a powerful backend system that increases the speed at which the developers work. There’s nothing better than this framework when it comes to building simple mobile apps that don’t use too many of the device’s features.

Ionic is yet another open-source cross-platform app development framework created by Ben Sperry, Max Lynch, and Adam Bradley. These specialists worked with Drifty Co. when they designed Ionic in 2013. This framework utilizes the systems of Apache Cordova and AngularJS. By adhering to the principles of Apache Cordova, app developers can build hybrid HTML apps using the Ionic framework. These apps work using a particular shell on mobile phones, which lets developers execute JavaScript and display HTML.

NativeScript, as you can probably guess, is an open-source cross-platform app development framework that allows developers to create applications using CSS, JavaScript, and XML. Apart from JavaScript, an app built using NativeScript incorporates the use of any language that a developer can compile to JavaScript, including TypeScript. NativeScript even supports Vue.js and AngularJS. By using it developers can create apps for both Android and iOS platforms, and they don’t have to resort to plugins to gain access to the GPS, camera, and other systems and features of a mobile device.

Corona SDK is a widely renowned and entirely free-to-use open-source cross-platform system. The only problem with it is doesn’t get any support anymore. Nevertheless, developers launched a new framework for building gaming apps called Solar2D. Solar2D is an open-source cross-platform framework, just like its predecessor, and developers all over the world are using it to create games for Android phones and tablets, iPhones, iPad, desktops, Amazon Fire, etc.

Last but not the least, Node.js, also called Node, is a V8-based cross-platform system that converts JavaScript from an incredibly specialized programming language to a general-purpose language. This framework offers a server-side runtime, which compiles and runs JavaScript at inestimable speeds. The V8 engine of Node compiles JavaScript to machine code without interpreting or executing the same as bytecode. That’s why Node.js possesses unparalleled speed.

A Step By Step Guide: How To Develop An Exclusive Mobile App For Android & iOS? »