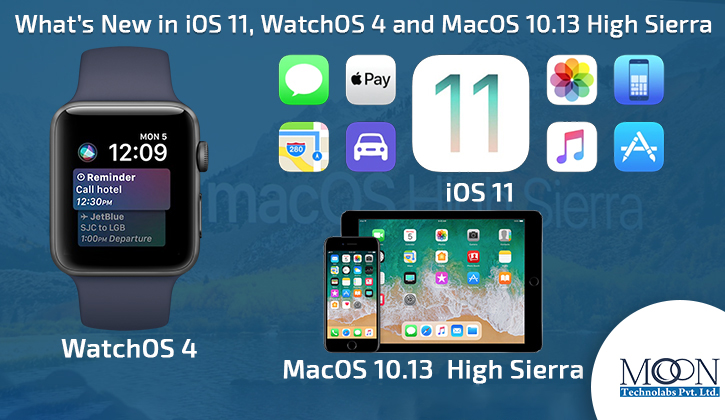 Apple released first beta versions for iOS 11, macOS 10.13 High Sierra, watchOS 4 and TVOS 11 for testing to the developers at the WWDC 2017 developer conference. Let’s dig in to find how fresh the features are and how they will elate the user experience.

The developer preview of brand-new iOS 11 is available now and first public beta will arrive later this month.

The definitive version of the OS will be released later this year on:

The latest version of iOS brings:

The Other Notable Releases

iPhone app development companies must be well prepared to bring out apps that are up to mark with all these latest updates from the smartphone giant.

All these latest features mean that every macOS app development company will be brimming to get their hands on it. We see stiff competition in the app development market.

Read Also: How To Stay On-course in the Wearable App Development Market

A fascinating design with multiple styles based on color patterns of a selected image.

The tvOS 11 operating system is available to developers for testing purposes.

What a developer should do?

If you are a registered developer you can

As per the Apple’s release notes the tvOS 11 has:

So, what does it mean?

Many more public versions are lined up, because all these beta version updates have been released to see how they will perform with the masses.

We think this is the right time for every digital product development organization that is into macOS, iPhone and iOS app development, to get ready for the rumble that these updates will create. The competition just became trendier!

« What should be the frequency of Mobile App Updates?