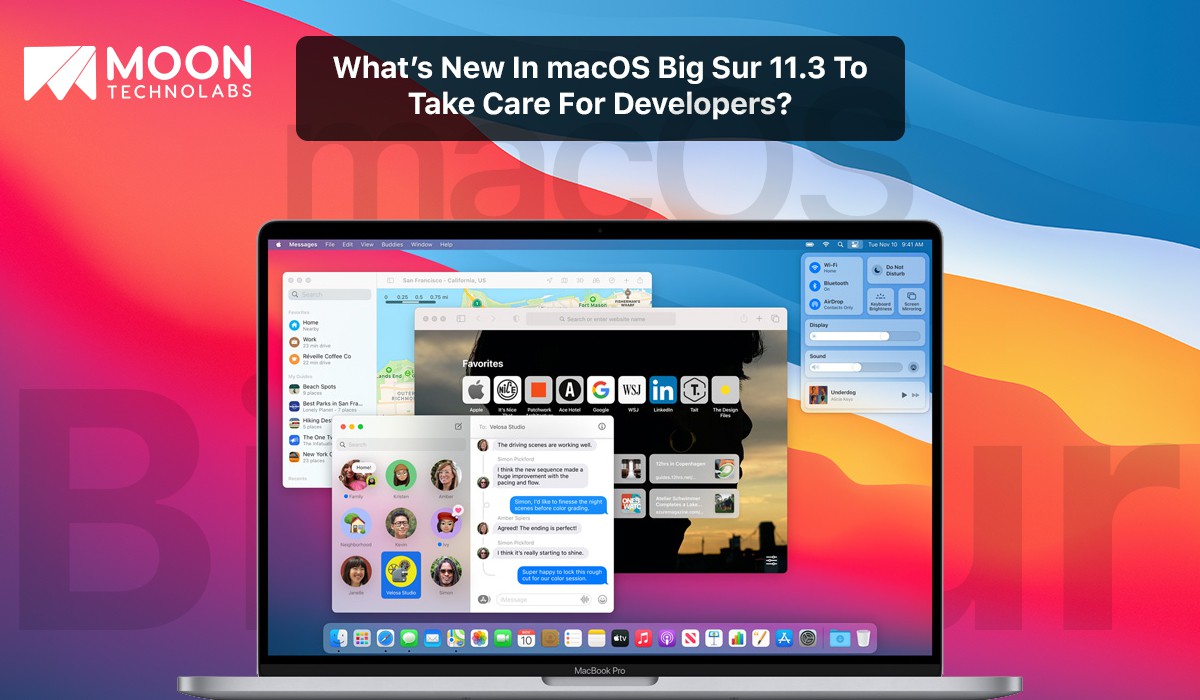 Apple recently seeded the second public beta version of an upcoming macOS Big Sur 11.3 update to its public beta-testing group. Apple also informed that the new software program will hit the market within two weeks of releasing the first public beta version. Folks belonging to the public beta-testing group can download this program from the Software Update section of the System Preferences app after installing the right profile from Apple’s website for the beta software.

Apple finally chose to release the very first beta version of macOS Big Sur 11.3 to developers recently, and this modern piece of software comes with several new features and alterations. The best thing about these enhancements is that the users will get more customization options for Safari, Apple’s homegrown web browser. Apart from that, they’ll have sorting options in the Reminders app, support for the newest Xbox or PlayStation controllers, iPhone or iPad app preference panes for keyboard touch alterations, etc.

The initial macOS Big Sur 11.3 beta version is now available to almost every macOS 11.3 app development company to dissect and contemplate everything it’s capable of. Most of the changes are in tandem with the ones in iOS 14.5 beta, which arrived some time ago.

It goes without saying that Apple Inc. managed to touch another milestone by releasing macOS Big Sur 11.3, and it’s one of the many flags it will hoist as long as the organization remains in action. Additionally, apart from the features mentioned earlier, Big Sur will bring security enhancements and fix all the bugs currently plaguing Apple’s Mac lineup.

Now, there haven’t been any formal announcements about the exact release date of Big Sur, but, according to sources, it will be available to everyone two weeks after the launch of the beta version. As a user, if you don’t want to wait for the official release, you can download and try the pre-release version of this software program right now through Apple’s beta program.

Here are the things that the best macOS 11.3 app development company managed to dig up. It’s also worth mentioning that if you’re planning to hire experienced macOS app developers to reduce cost, you should look for an agency that stays informed about recent tech releases and trends.

(1) About macOS Big Sur 11.3 beta: As already mentioned several times earlier, you can explore this new software program right now if you don’t want to wait for the official version. Apple has already made it available to app developers and other people enrolled in the Beta Software Program of the company. By opening a developer account, you have to pay Apple a fee every year. However, the beta version is free-to-use for anyone with a compatible gadget and a working Apple ID. Most folks should go for the public macOS Big Sur 11.3 beta version. However, you may encounter several bugs and performance-related problems after you download this piece of software on your computer. After all, this issue is always there in almost every beta version of any software solution. You must also know that these problems may affect the performance of your core apps, the battery life of your device, and its overall speed. Therefore, you should avoid using it every day. Even if you manage to fix a couple of those bugs, you have to wait for Apple to publish the fully polished version.

(2) Beta issues: If you’re hell-bent on downloading the macOS Big Sur 11.3 beta version, and if you encounter problems, the resources given here may be of use to you. Before you contact Apple directly, take a look at this list of fixes for the most widespread macOS Big Sur issues. You may just find what you need. There’s another guidebook you can go through to find out how you can fix battery life-related problems. If you can’t find what you seek even after going through these resources, you should visit the discussion forms of Apple. Finally, when you have nowhere else to turn to, you can get in touch with Apple directly through Twitter or with customer support services offered at the official website of the corporation.

(3) The release date: Apple didn’t mention a release date yet, but there are some clues worth checking out. For instance, the corporation informed that it will repair the new App Tracking Transparency system for privacy augmentation, start with iOS 14.5 and iPadOS 14.5 betas. They also said that they will push iOS 14.5 and iPadOS 14.5 to the public during early spring.

However, Apple didn’t provide a specific date. It’s also possible that the full-fledged version will be available to everyone within two weeks of releasing the beta version. In the USA, springtime starts almost at the end of March, but there’s a chance that the software solution will pop up earlier.

(4) The release time: No one knows the official release date, but experts do know exactly when Apple will bring out the software on the date it selects. The official version of the software program should be available on your Mac in and around 10 AM Pacific. Additionally, the corporation will release macOS Big Sur 11.3 beta updates for developers and everyone enrolled in the Beta Software Program at the same time. Usually, Apple releases new betas every 1 or 2 weeks.

(5) Specialities: New updates from Apple, in most instances, bring a blend of features, security patches, and improvements to the table, and some of them often remain away from view. It’s precisely what you should expect with this software program. Before you hire experienced macOS app developers to reduce cost, you should know they are still attempting to unearth everything macOS Big Sur 11.3 beta is hiding under the hood.

Here are a few highlights for you:

There are possibilities that Apple may consider adding or subtracting a few things. If you wish to remain informed about the latest developments, you need to keep at least one eye open at all times.

The Technologies Used By Developers To Build Video Streaming Applications »

« Is Apache Cordova And PhoneGap Same? Know The Difference Between Them