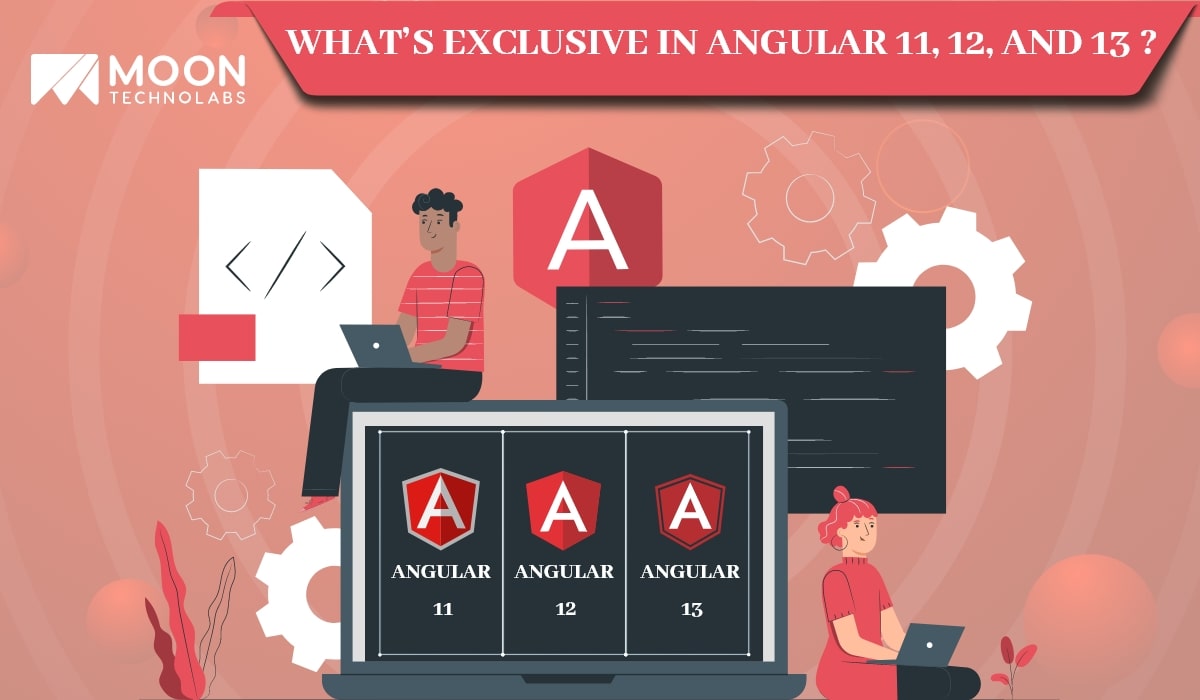 As the owner of a business, your only concern is that you want to build a digital solution for your company using Angular. The version of Angular used by your developers isn’t of any consequence to you. However, if you choose to go through this write-up, it may change your perspective.

Mobile and web applications are now an integral part of the personal and professional lives of folks from all four corners of the world. The changes brought forth by digitization, the proliferation of the internet, and the appearance of smart technologies are revolutionary. These changes are forcing digital solution development agencies to search for better options.

When it comes to building applications for mobile and web platforms, Angular is one of the best. It’s a JavaScript structure written in TypeScript. Google is its creator and dispatcher. This tech giant released it to decouple an app’s rationale from the control of DOM.

In reality, experts use the term “Superheroic JavaScript MVW Framework” because of its astonishing and incredible highlights. All the features of Angular assist the developers and designs of an angular web development company in making rich and powerful applications without hitches of any kind.

Angular does have several powerful features, but its primary selling point is the fact that it’s a product from the house of Google. The latest version of this TypeScript-based web framework is Angular 13, but numerous agencies are still using Angular 11 and 12.

Now, you’re the owner of a business willing to invest in Angular development services. You don’t have anything to do with the version of the framework your developers use to create your digital solution. However, understanding the differences separating the three versions of Angular may help you select an appropriate development firm.

After all, the choice of a framework and its features depend entirely on the requirements of your project. It’s something only you’re aware of.

The features of Angular 11

It’s best to start with the oldest of the three versions of this web framework – Angular 11. It’s a production release created by Google and launched on 14th November 2020. The most noteworthy features of Angular 11 include stricter types, font inlining, and router performance augmentations. Here’s a more in-depth explanation of the features.

HMR is the abbreviated term for Hot Module Replacement. It’s one of the most crucial features of this version that aids in finding replacements for the modules without refreshing the browser fully. Angular 11 offers full-fledged support to HMR with the necessary design and configuration.

It incorporates code in a way that the alterations in Angular code fail to look as ideal as expected. HMR also facilitates updating the progressions to styles, pacomponentsrts, and styles into an already-running app without refreshing the page.

The online community of Angular provided some worthwhile designing exertion on the Operation Byelog. Through it, the community primarily prioritized the triaging problems and PRs and a superior comprehension of the extensive requirements of the community.

Thanks to Angular 11, triaging of all the issues have been successful in the three monorepos. They proceed with the latest issues popping up from time to time. The interaction further assists with a few recognized concerns in terms of the forms and router.

An angular web development company can now conduct automatic inlining of font by using Angular 11. This feature comes with this particular version of the framework. It happens whenever a client flags in the Angular.json. The inlining feature assists Google Fonts to change over in a way that inlines the HTML file.

During the compile tile, the text styles of the inline get downloaded in the Angular CLI. Developers use it and even connect it with the application. The exclusive abilities of Angular 11 exploit the default improvement for the specific build of the app to work on the CI at whichever point the web becomes accessible.

There’s a feature in Angular 11 called the Component Test Harness. It offers an incredible and clear API surface that allows developers test the parts of the Angular Material. It provides a method to deal with developers to communicate with the components of Angular Material by leveraging the maintained API while testing.

The element first appeared in Angular 9, but there’s a difference between it and the one that came with Angular 11. The component test harnesses in Angular 11 accompany execution upgrades, equal capacities, and new APIs.

The features of Angular 12

The angular web development company of your choice may use Angular 12 which came out on 12th May 2021. Before the release of Angular 13, this one was, quite obviously, the newest version. The most noteworthy improvements in Angular 12 include support for webpack 5, styling improvements, TypeScript 4.2, etc.

Since the launch of the 11th version of Angular, new tasks have been utilizing new message IDs. They also have the tooling required in moving existing endeavors with current interpretations. This version uses diverse legacy message-ID plans with the system called i18n.

Now, these inheritable message IDs tend to be fragile as problems can appear at any moment. These issues are subject to whitespace to store out ICU articulations and organizations. The community didn’t have any other option but to move away from them as a means of handling them.

Protractor’s fate is currently in the hands of the team of Angular creators and the Angular community. Right now, they’re examining the input shared in the RFC and trying to contemplate what the future looks like for Protractor.

The creator group chose to stop incorporating it in new tasks. Also, in terms of the information available, they’ll furnish a few alternatives with trustworthy and acclaimed outsider arrangements in the CLI of Angular.

Just ask a developer working with the Top mobile app development company in USA. They’ll say that this web framework is evergreen, and it always stays on the same page as the web ecosystem.

By eliminating support for legacy browsers, Angular can focus on fabricating modern arrangements and providing more assistance to customers and designers.

TypeScript 4.2 support is probably one of the most significant updates of Angular 12.2. It made its appearance on 23rd February and brought several exciting features and groundbreaking changes. These alterations affected Angular 12, as well as its developers.

A few of the specialties of TypeScript 4.2 include changes in the abstract construct signatures, tuple types, improved type alias, enhancements for in operator, and augmentation in the compile process.

The features of Angular 13

Finally, it’s time to delve into the features introduced by Angular 13. The release date of the latest version of this web framework is 3rd November 2021. If you’re curious about the features of Angular 13, you’ll find a few of them elucidated below.

The newest version of Angular 13 no longer supports the legacy View Engine. The problem with the View Engine is that it tends to be costly in terms of maintenance. It also increases Angular 13 codebase complexity.

The creators wanted to get rid of these problems entirely. That’s why they made Ivy the only “view engine” that the web framework will support.

APF or Angular Package Format points to the structure and format of the Angular Framework packages and the metadata of the View Engine. It’s an incredible strategy for packaging all third-party libraries in the environment of web development.

Also Read : What Angular 13 Will Bring To The Table

There have been a few significant changes in the latest version of the APF. The Top mobile app development company in USA doesn’t have to worry about older output formats, even some of the metadata specific to the View Engine. After all, Angular 13 doesn’t have them anymore.

As of the 13th version of Angular, the web framework won’t support Internet Explorer 11. Removing IE11 support will have a positive effect because it’ll bring down the bundle size while facilitating faster loading times.

Additionally, Angular 13 can leverage the features of modern browsers, such as CSS variables and web animations through native web APIs. It’s possible due to these improvements.

Only the Top mobile app development company in USA uses Angular 13 because it supports TypeScript 4.4. Understandably, the versions that came before TypeScript 4.4.2 no longer receive support in the core.

Through this write-up, you’ve got an explanation of the differences between Angular 11, 12, and 13. Of course, there are many more features worth knowing, but it isn’t possible to include all of them on this topic.

How to update the Angular application?
Updating a specific version of Angular to the next one isn’t easy. It incorporates upgrading the CLI and node globally. As you’re going to delegate your project to a third-party developer, you only need to ensure they’re using the newest version of the framework.
Which of these versions should you use for the development of your Angular application?
You can hire an agency using any one of these versions of the Angular web framework to build your project. However, it’s always beneficial to go with the latest version as it ensures your digital product has all the latest features.
Where should you look for Angular developers?
Moon Technolabs is one of the best places to look for Angular developers. Of course, the choice of a service provider is entirely your decision to make. Nevertheless, you should check out this one among others.

« Which Android App Development Tools Deserve Your Attention This Year?