What To Expect From Node.JS 17? How To Implement It? 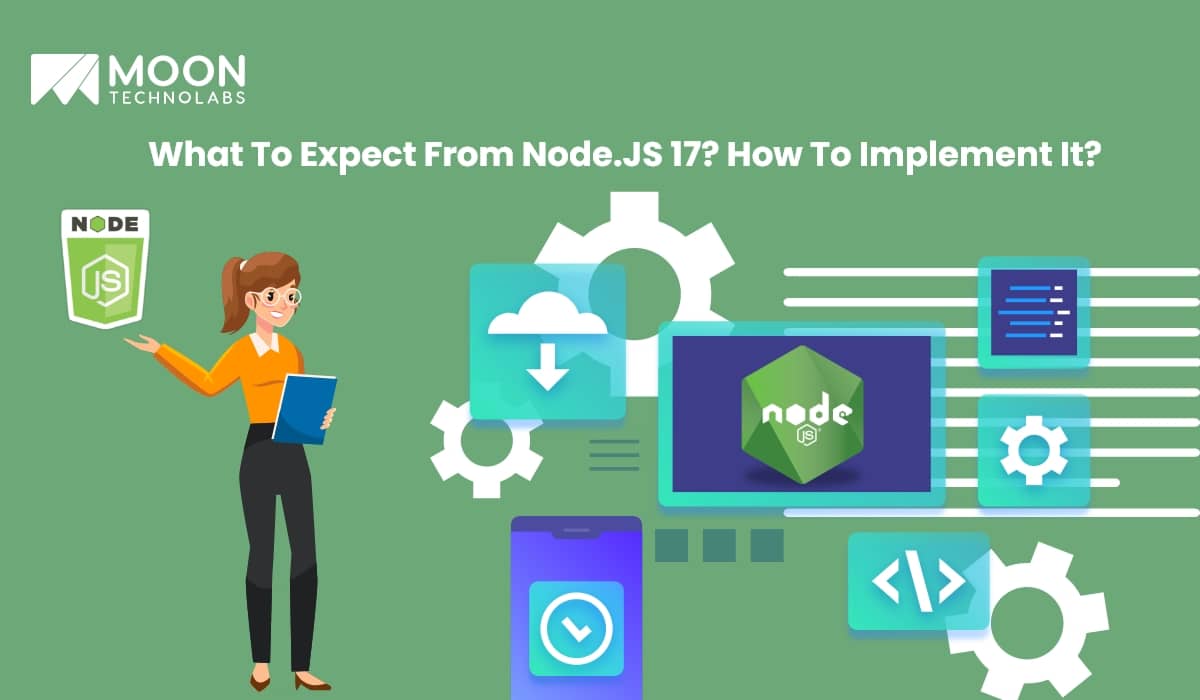 The latest version of the recognized JavaScript runtime, Node.JS, is officially here. Released on 19th October, it supersedes Node.JS 16 in terms of the newest release line of the runtime. Here you’ll learn what’s new in Node.JS 17.

Node.JS 17 is the newest version of this world-renowned JavaScript runtime released on 19th October 2021. It supersedes Node.JS 16 in terms of the present release line of this runtime. According to the creators of Node.JS, v16 got promoted to LTS or long-term support channel on 26th October, despite being an even-numbered release.

Now, every nodejs development company agrees that the latest version of Node.JS isn’t anything more than a minor update. Nevertheless, it refined the runtime significantly. For instance, it augmented all the updates related to the JavaScript engine, APIs, and even OpenSSL 3.0 support.

The latest changes and features

Based on the “release policy” of the creators of Node.JS, they’ll ship the new features added to the runtime every two weeks approximately in their “present” release line.

It means, most of the new commits included in the first major release are the ones that incorporate breaking changes. The creators care about minimizing disruption and the number of these changes to ensure the platform remains stable and version migration easier for users.

If you’ve been going through this write-up from the beginning, then you already know about the changes introduced in Node.JS 17. Just continue reading for more in-depth explanations.

Stack traces are crucial to a nodejs development company, as well as every common user of Node.JS runtime. After all, it helps them in diagnosing errors affecting an application. It also sheds light on what caused the errors.

In the newest release, the Node.JS version will be present at the end of a stack trace, particularly when fatal exceptions force the process to exit.

It’s beneficial to have this ability by default because when someone diagnoses reported errors, they’ll inevitably have to ascertain the version of Node.JS they’re using.

Node.JS 17 has a command-line option that lets users and developers omit extra information they don’t need. This line goes “- -no-extra-info-on-fatal-exception.”

An ongoing strategic proposal existing inside the project of Node.JS is to offer promise-based APIs for the Node.JS core. Lately, the creators of Node.JS added the “Streams Promises” and “Timers Promises” API. The best providers of nodejs development services use them both.

The APIs mentioned above have been available to developers and users from Node.JS 15, but in Node.JS 17, they’ve introduced promise-based APIs for the module called Readline. This module gives an interface for reading data from a “Readable” stream. An example worth mentioning is “process.stdin.”

If you wish to learn more about this module, you should check out the API documentation.

As already mentioned above, the creators of Node.JS have updated the V8 engine of JavaScript to V8 9.5 in Node.JS 17. If the agency of nodejs development services you’re working with uses Node.JS 16, the developers can rely on V8 9.4 – the latest one available on the previous version of the runtime.

Other than performance-related tweaks and enhancements, this update brings a few extra supported types for the “Intl.DisplayNames” API and Extended options for “timeZoneName” in another API called the “Intl.DateTimeFormat.”

You can check out more information about V8 9.5 of JavaScript Engine here.

Node.JS now has OpenSSL 3.0, a recently released system. Also called quictls/openssl, it got an upgrade from OpenSSL 1.1.1. While the previous is still available, support for it will end in 2023. It’s much before the end-of-life date proposed by the creators of Node.JS. In fact, it ends much earlier than the LTS of Node.JS 18.

That’s why they planned to include OpenSSL 3.0 in version 17 to give users time to test the platform and offer their feedback before they release the next LTS.

OpenSSL 3.0 brings new features to the table, of course. One of those features worth mentioning is called “Providers.” One of them is the FIPS provider that a user or developer can enable in Node.JS.

In most instances, the APIs of OpenSSL 3.0 are compatible with the ones offered by its predecessor. However, Node.JS creators anticipate that the APIs will impact the ecosystem due to stringent restrictions on the key sizes and allowed algorithms.

If you ever encounter an error that goes “ERR_OSSL_EVP_UNSUPPORTED” in your app while using Node.JS 17, you should know your application or one of its modules is attempting to use a key size or algorithm no longer allowed by default in OpenSSL 3.0.

A command-line option called “- -openssl-legacy-provider” is now available that’ll let you revert to the legacy provider as a temporary workaround for these stringencies.

As already mentioned earlier in this write-up, the creators of Node.JS will promote version 16 for long-term support or LTS. Providers of nodejs development services from Moon Technolabs believe that it’s a significant milestone.

After all, numerous users, especially those working on production deployments, will use only Node.JS LTS versions. It means that some of the features will be available for the first time in the LTS release line.

Corepack – a script that bridges the gap between projects created using Node.JS, Node.JS 16, as well as the package managers should come in handy during development. In other words, Corepack will developers use pnpm and Yarn without installing them. This page will give you more information about Corepack.

A few other new features included in Node.JS 16 LTS include Experimental Web Streams API and npm 8.

Additionally, if you hire dedicated node.js developers for your project, they can use Node.JS 16 and use its binaries, prebuilt specifically for Apple Silicon. The creators of Node.JS also offer separate tarballs for ARM and Intel architectures combined with the installation of macOS. They released it as a multi-architecture binary.

Other info about projects

The project is also moving on with its “Next 10” effort. It’s about reflecting on everything that led Node.JS to be successful during the first 10 years and even set the road for success for the next decade. They initially attempted to focus on documenting and defining the technical priorities and values of the project.

In the future, the creators of Node.JS aim to host deep-dive sessions on certain topics by enhancing documentation and expanding their contributions.

So, if you’re going to hire dedicated node.js developers, make sure you work with Moon Technolabs – an agency that uses Node.JS 17.

Why should you be so specific with your choice of developers? If you hire dedicated node.js developers specializing in the latest version of this runtime, you’ll ensure future compatibility of the project you invest in. You’ll be able to change things or add new features with ease.

It’s the best time for all development agencies to shift to Node.JS 16. Apart from being an LTS version of Node.JS, it’ll receive support until 30th April 2024.

Node.JS 17 had a relatively suppressed release. It came out on 19th October 2021.

Should you continue using Node.JS 16?

Node.JS 17 isn’t the only thing that came out in October. The creators of the runtime also launched the LTS version of Node.JS 16. So, if you’re already using the previous version, you can do so without hesitation.

When did Node.JS 17 come out?
Node.JS 17 had a relatively suppressed release. It came out on 19th October 2021.
Should you continue using Node.JS 16?
Node.JS 17 isn’t the only thing that came out in October. The creators of the runtime also launched the LTS version of Node.JS 16. So, if you’re already using the previous version, you can do so without hesitation.
What’s special in Node.JS 17?
Node.JS 17 is popular already because it has OpenSSL 3.0 support, extra promisified APIs, V8 JavaScript engine updates, and stack traces.

Tricks To Retain And Engage Users To Your Mobile App »

« What Angular 13 Will Bring To The Table? 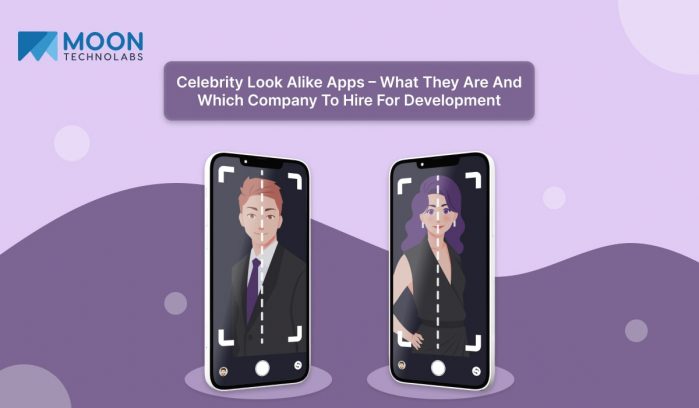 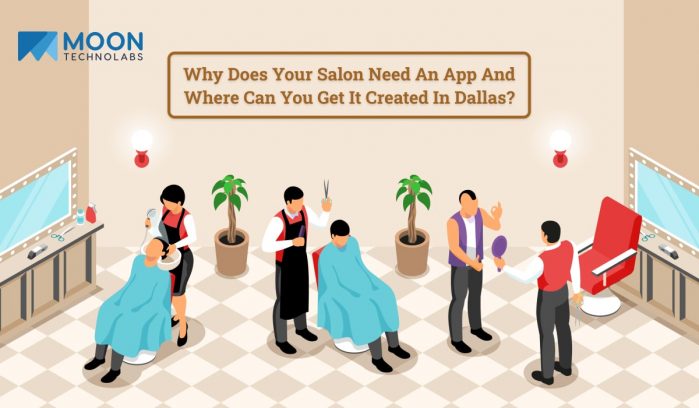