What Should Expect From Android 12 Probably Release In September 2021? 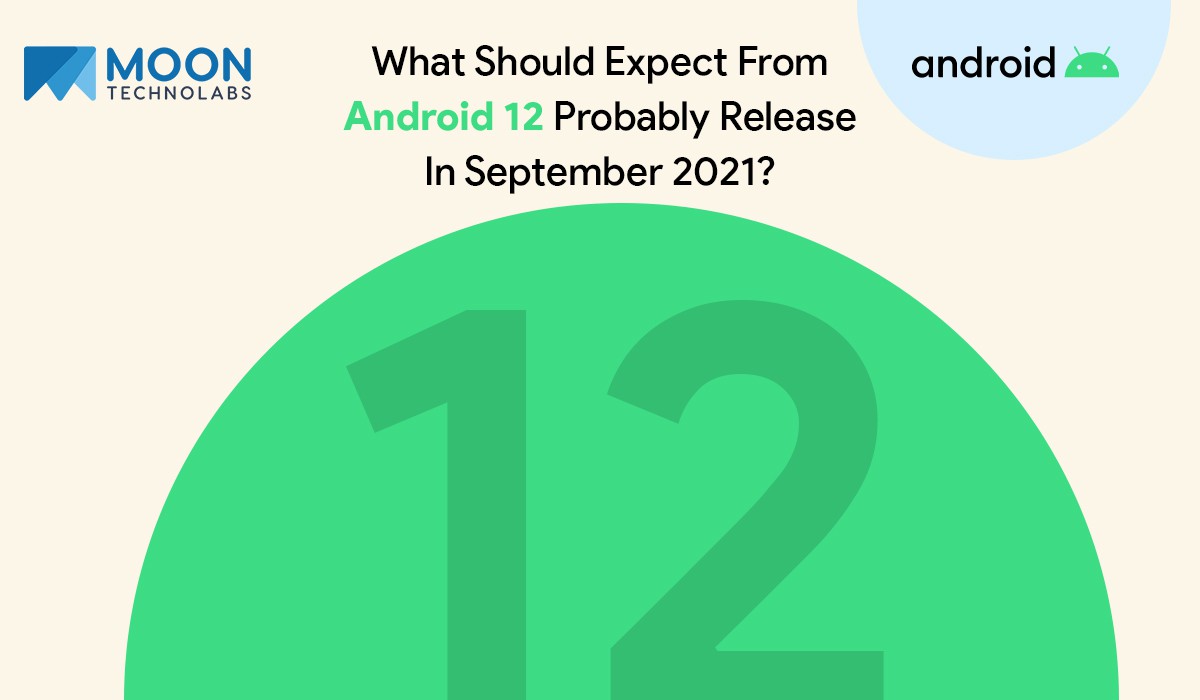 Soon after releasing Android 11 for specific handpicked users, Google is rolling up its sleeves to launch the Android 12 preview. A few informed folks are saying that it will be available to users on and from September. However, nobody confirmed anything yet. Here you will find out every conjecture floating around in the air about Android 12.

There’s already enough information flying around about the features of Android 12. While many people are waiting to use Android 11 to their heart’s content, some of them are keeping their eyes and ears open to know about the next significant update from Android.

According to tech specialists, Android 12 will possibly introduce several features that will add to the “cool” factor of this OS and its usefulness. These features may feel like a breath of fresh air to those who are using Android 11. After all, they know something far more enhanced is on the way.

Here you’ll find a few rumoured features of Android 12. You should go through them to contemplate what you can expect.

The release date
You will get your chance to explore Android 12 sooner rather than later because Google usually releases developer previews during the initial months of the year. For instance, the developer preview of Android 11 popped up in February 2020.

Naturally, you will probably get your hands on the first public beta version of Android 12 in May at Google IO. It will be the very first version for general users, and several of the newest features will surely emerge here.

Basically, mobile device manufacturing companies have to decide whether they will bring Android 12 or their new products or not. You should also know that making such a move can be time-consuming. Therefore, you shouldn’t feel surprised if you purchase a new device in 2022 and see that it doesn’t have Android 12.

Google did mention one thing about Android 12. The company released a blog, in which it said that the newest version of Android will make things easier for people. Users will be able to utilize other app stores on their phones and tablets without compromising the safety measures Android has in place.

Then again, Google didn’t clarify how this system will work. It’s already possible to download applications from other app stores. Android 12 will probably highlight a few of them or add more visibility to this option.

Apart from that, Android 12 will let Google deliver specific updates easily. XDA Developers did some digging. They found that the company is planning to make Android Runtime a Mainline module. It will let the company deliver many other updates for the operating system via Google Play Store instead of delivering them as traditional updates.

It will lead to an increase in the frequency of the updates. It also means you won’t have to wait for your mobile’s manufacturer to inform you about the update. Nevertheless, a few of them will reach you in a good-old-fashioned way.

XDA Developers also found that Android 12 may have a feature that will make a few apps go into hibernation, particularly the ones that you aren’t using. Understandably, it will preserve the device’s battery life.

Specific overlays of custom Android already have these features, except stock Android. This feature will bypass the drawbacks of stock Android and introduce it to every Android-powered device. However, as of yet, nobody knows how it will work.

Apart from the confirmed information provided above, there are a few pieces of revealing data worth mentioning. For instance, one such leak suggests users can clean the app cache on their phones. In a way, it will partially delete the apps you aren’t instead of minimizing them.

Some folks even say that Android 12 will bring back a feature it removed in the past. You can use the double-tap-on-the-back shortcut again, which used to be exceptionally helpful while taking screenshots. It will also let you launch Google Assistant and other systems on Google Pixel devices. Whether this system will grace the phones crafted by other manufacturers is something only time will tell.

Another interesting feature, according to reveal information, is that a user can pair two apps that have to work in conjunction. You will be able to open and use two apps together. There’s nothing solid available on what this App Pairs system will do. As split-screen features in Android devices can be quite choppy, Android 12 will probably work to fix it and make specific app pairings smoother.

There are a few other conjectures you may want to know, but it’s more important to find out what commoners desire from Android 12, as well as skilled android app developers.

(1) New appearances: Android needs visual enhancement from top to bottom. It has been missing for a long time. However, Google shouldn’t do it just for the sake of aesthetics. Instead, it should think about launching a new design language.

(2) Stacking widgets: Apple brought forth several new features by launching iOS 14. Then again, these features were already available on Android devices, but there’s one system Google should think about copying – the Smart Stack feature. It lets the user stack one widget above another on the home screen. You can swipe through each of them or allow the OS to select the best ones.

(3) Supporting more devices: The most significant issue affecting Android is that the newest versions aren’t available on old devices. Of course, no phone or tablet will remain effective forever, but running out of juice within a couple of years is a bit too much. How many people have the means to purchase new devices every two years or so? Android 12 should fix it.

Other than these expectations, users and tech engineers don’t want to update their devices every year. Instead, they hope Google will keep releasing updates by bits and pieces throughout the year. They also want Google to make it official – every Android feature should be available on every Android-powered device.