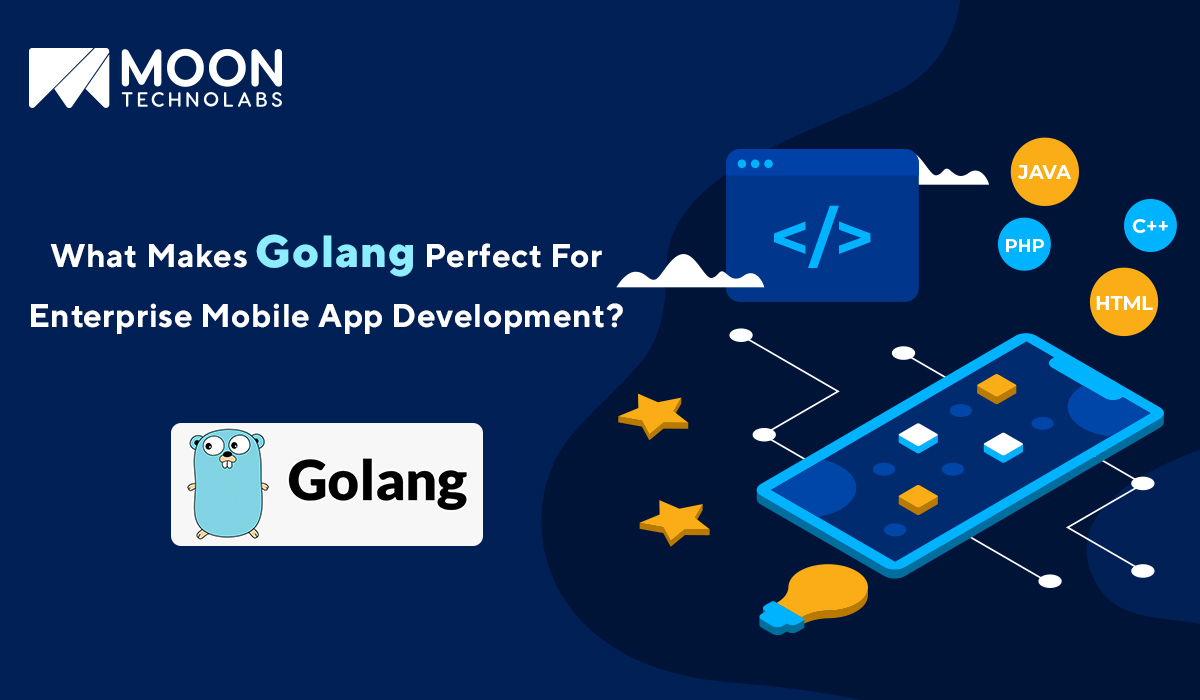 If you wish to create an app for your business or streamline an existing one, then you should start by selecting the right tech stack. In today’s world, everything changes too fast. That’s why business owners often resort to Ruby because developing an app using this language allows them to keep up with their competitors. A few other languages are almost as speedy as Ruby. So why should you opt for Golang?

Based on one of the developers’ result surveys, the skills of a Golang specialist are in high demand these days. It means that one such developer will earn more money than another developer.

Choosing to utilize a new language incorporates training and educating your in-house developers or looking for a GoLang app development company. It also means spending more money and time than usual. So, why should you do it?

Despite being relatively new, it quickly became a favoured choice among developers. Apart from being an open-source programming language, it provides developers with the tools they need. It means that they don’t have to rely on anything else if they use Golang. Understandably, it reduces time, decreases the costs of development, and provides support.

Golang also called Go, is an open-source programming language, as already mentioned earlier. Developers type it statically and create pre-compiled binary machine codes. Some experts even describe Golang as the 21st-century counterpart of C, particularly when you consider the syntaxes. However, this programming language incorporates tools that allow developers to use memory safely, collect junk, manage various objects, and provide static or stringent typing combined with concurrency.

Three maestros from Google – Robert Griesemer, Rob Pike, and Ken Thompson, introduced Golang to the world back in 2009. They created it because they wanted to include the best features of every other programming language into it. It didn’t take long before Golang started climbing the ladder. From the 65th position, it became one of the top ten programming languages of all time. Experts described Golang as the “hottest programming language of 2016.” It lost its popularity a bit in 2017 but regained its position in 2018.

The advantages: Here are the advantages of working with a GoLang app development company.

(1) Open-source: Since Golang is open-source, app development agencies don’t have to pay to use it. Additionally, anyone can make contributions to enrich this programming language.

(2) The learning curve isn’t steep: Since the syntax of Golang is smaller than other programming languages, rookies don’t take long to become professionals. New developers can understand it with ease and remember everything. Up until now, no developer ever had to search for information during a project. The simplicity of this language makes things easier for even non-Golang developers to work with it. Those who know C are always in a relatively advantageous position.

(3) Incredibly fast performance: The small syntaxes and its concurrency model make Golang indescribably fast. As developers compile everything directly to machine code, this language manages to surpass even the ones with virtual runtime features. Developers of one of the best top mobile app development company use it because compiling programs on Golang is a piece of cake. It also connects the dependency libraries and brings everything into one binary file. As a result, Golang eliminates server dependency entirely.

(4) Ease of concurrency: Due to the inbuilt concurrency of Golang, developers don’t have to deal with heavy threads. Instead, they resort to the channels. Concurrent programming using this language is easier than every other language. Golang has a “go-routine,” a lightweight thread that it communicates through a channel.

(5) For cross-platform projects: Golang is perfect for cross-platform application development projects. Developers can write code regardless of the environment. Basically, if they write code in Windows, then they can compile and build the same in Linux. Such a feature becomes available if they simply pass two variables when working with two specific commands – GOOS and GOARCH.

(6) Modernism: Golang represents modernism in the world of programming languages used for app development. It utilizes the same syntaxes as C, but it’s a new-age language with immense speed. It comes with inbuilt support for applications distributed on a multi-core network.

(7) Easy compilation: The creators of Golang designed it to facilitate super fast compilation from the beginning. Its conciseness and explicitness make it easier for anyone to read. Furthermore, it compiles everything straight to machine code.

(8) Collecting the trash: The language collects the garbage on behalf of the developer and integrates it into an executable binary.

(9) The richness of the library: This programming language has a standard library full to the brim with features that prevent developers from relying on third-party support systems. Golang offers brilliant inbuilt functionalities, especially when developers work with primitive types. It also has packages with which they can establish a web server, conduct cryptography, handle I/O, and more.

(10) Scalable: The scalability of Golang makes it a favourite of one of the best top mobile app development company. Just like any other programming language, Golang has co-routines. However, Golang users called it “go-routines.” It allows developers to perform multiple threads simultaneously, communicate with various channels, and execute parallel tasks smoothly.

(11) User community: Even after being relatively new in the field, Golang already managed to usher half-a-million programmers into its community. However, the only problem with this community is that it doesn’t offer suggestions. The members don’t welcome web frameworks, either.

(12) Cloud designing: Most of the apps designed today should possess cloud functionality. Naturally, developers build applications keeping this fact in mind. In that regard, Golang is the best programming language for them because they can create applications specifically for the cloud.

The perks described above are just a few possessed by Golang. If you wish to leverage everything else that it has to offer, then you have to hire Golang app development agencies.

What Makes Python The Best Coding Language For PWA Development? »