What Do You Need To Know About gRPC On .NET? 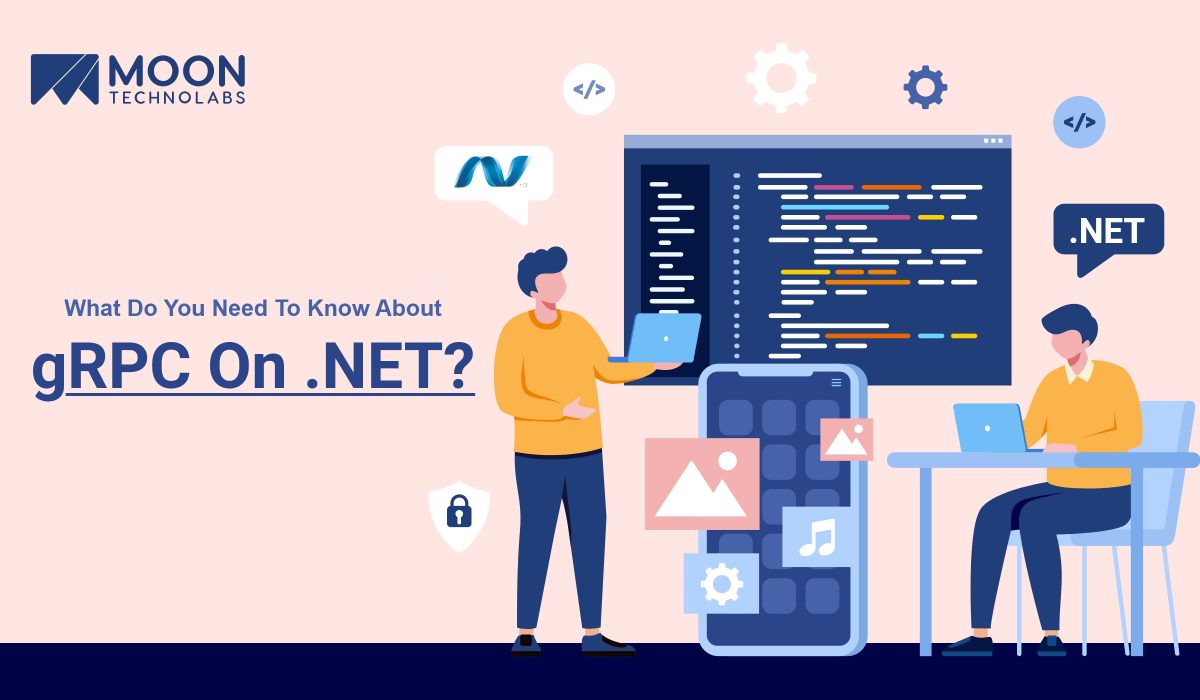 When it’s about building APIs for apps and software solutions, several technologies come to the minds of developers. Based on the needs of the client, developers use REST or gRPC. This topic will prioritize the latter to help you understand how it’ll help your .NET app development project.

Due to the rise of microservices and service-oriented architectures, the system of gRPC has become exceptionally popular among developers for developing services. gRPC is a relatively new system currently used by almost every .net development company. With it, developers can establish inter-service communications through RPC or Remote Procedure Calls.

Google laid the foundation of RPC back in 2015. It’s an abstraction that lets a developer make a call to a specific function running in a different process. Then again, it looks as if it’s executing locally. gRPC is the standard that defines the data exchanged during an RPC call and the API of the function via protocol buffers.

gRPC even supports several other features, such as authentication, RPC invocation streaming, and load balancing. Developers define protocol buffers through a language that defines the interface. Then, the code that serves the purposes of serialization or de-serialization gets generated by the definition.

According to .NET experts, gRPC is a Remote Procedure Call or RPC framework with an exceptionally high-performance level. It’s also language-agnostic. Here are the primary benefits enjoyed by the developers of a .net development company when they use gRPC.

Now, these perks make gRPC ideal for specific projects. They include the following.

A word of warning

Before continuing, there’s something you need to know. If you consider working with the providers of .net development services, and if you want to use ASP.NET Core gRPC, your developers will have extra requirements to use the same with Azure App Service or IIS.

If you need more information on where you can use gRPC, you should ask the experts working with recognized and experienced ASP.NET development agencies like Moon Technolabs.

gRPC utilizes a contract-first strategy regarding the development of APIs. It defines all messages and services in the form of “.proto” files.

By including “.proto” files in your project, your developers will generate .NET types for clients, messages, and services automatically.

To that end, they only need to do the following.

If you need more information on the tooling support of gRPC, you should check out C# with gRPC services.

Experienced providers of .net development services can host gRPC services on ASP.NET Core. These services will have full-fledged integration with the features of ASP.NET Core, including logging, authentication, authorization, and dependency injection.

gRPC needs a package called “Grpc.AspNetCore” to operate properly. If your developers need more data on configuring gRPC in a .NET application, they’ll find it here.

A template for the project

Here’s a project template that provides the starter service.

If you want to find out more about how ASP.NET supports gRPC services, check this.

If you hire .net developers from Moon Technolabs, they’ll generate concrete gRPC client types using the “.proto” files. The concrete client of gRPC has specific methods at its disposal that can translate to the gRPC service in the “.proto” file.

A gRPC client gets created using a channel that represents a long-lasting connection to a gRPC service. Your developers can create a channel using “GrpcChannel.ForAddress.”

At this point, you’re probably wondering what ML.NET is. Well, ML.NET Model Builder is a highly intuitive graphical extension of Visual Studio that you can use to develop, train, and launch customized models of Machine Learning or ML.

ML.NET utilizes an automated machine learning system or AutoML to explore various algorithms and settings of Machine Learning to help you choose the one that resonates with your scenario.

The developer team doesn’t need to be an expert in Machine Learning to be able to use ML.NET. They just need some data and a problem they can solve. The Model Builder will generate the code and incorporate the model into your .NET application.

The moment your developers initiate the Model Builder system, it’ll ask them to come up with a name for the project. It will create a configuration file called “mbconfig” inside the project.

This file will keep tabs on whatever your developers do in Model Builder to let them reopen the session.

After training, three files get generated under the “*.mbconfig” file.

It contains the “ModelOutput” and “ModelInput” schemas, apart from the “Predict” function created for consuming the model.

It contains the training pipeline selected by the Model Builder to train the model. Your developers can use this pipeline for model retraining.

This one is a serialized zip file that represents the trained model on ML.NET.

The moment your developers create the “mbconfig” file, they get prompted for the name. They’ll apply the name to the training, consumption, and model files.

If you hire .net developers, they can bring numerous scenarios to the Model Builder to generate an ML model for your application.

The scenario describes the type of prediction you hope to make using the data you have. The following examples may help you understand this concept.

Each scenario has a different ML task to perform. These include the following.

The scenario of classifying sentiments as positive or negative will be part of the binary classification task.

If you need more information about the various ML tasks supported by ML.NET, you’ll find it here.

When you use gRPC to launch an ML Model, you can leverage the features of gRPC. Some of the benefits of using gRPC include lightweight and fast serialization of messages and inbuilt support for streaming. This ability to document a service API using protocol buffers also simplifies the documentation and rolls out a new service.

Finally, it gives you the ability to compile the service and client codebases from the protocol buffer definitions while avoiding many common errors. Launching a new model used to be as simple as installing the model package into the environment and adding it to the configuration of the application. The schema of the model’s inputs and outputs didn’t affect the app code.

How does gRPC define services and messages?
gRPC defines services and messages in the form of “.proto” files.
Can you connect gRPC services with ASP.NET Core?
Yes, you can host gRPC services on ASP.NET Core. The services will have full integration with ASP.NET Core features, such as dependency injection, logging, authorization, and authentication.
What is ML.NET?
ML.NET is a Model Builder. It’s an intuitive graphical Visual Studio extension that you can use to build, train, and deploy customized machine learning models.