What Are The Differences Between Apple App Clips, Progressive Web Apps And Google Play Instant Apps? 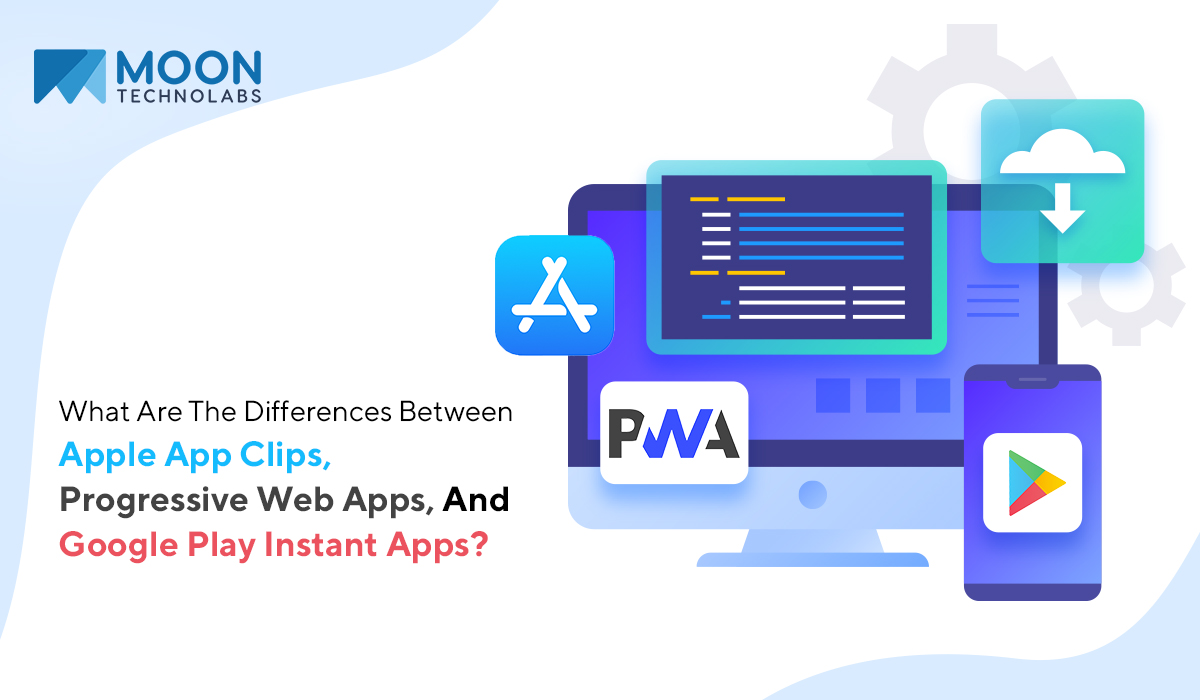 The only thing that unites Apple App Clips, Progressive Web Apps and Google Play Instant Apps is that you can use them without downloading them. However, many things differentiate these apps from one another. What are those differences? If you wish to find out, then you should continue reading.

Many things became apparent from the fight between mobile apps and mobile web. However, the line of difference between the two isn’t as clear and recognizable as it used to. In broad terms, a mobile-friendly or mobile-responsive website isn’t as expensive and time-consuming to develop than a native mobile app. It tends to attract a wider audience too because of its swift accessibility and the no-need-to-download approach.

Native smartphone apps, on the other hand, tend to offer a better user experience. Also, they provide more engagement from a dedicated group of users that are loyal enough to download the app of a business company. These people won’t hesitate to use the app again and again.

However, in the more recent years, three new contenders appeared in the mix. These contenders aim to combine the best of mobile-app and mobile-web worlds to offer a better, all-rounder experience. These competitors are the Apple App Clips, Progressive Web Apps and Google Play Instant Apps.

Less than one month ago, at its worldwide developer conference 2020, Apple unveiled the next version of iOS called iOS 14. Of course, the conference was an entirely virtual one due to the coronavirus outbreak. Nevertheless, the setbacks didn’t affect this tech giant. One of its innovations is the App Clip. One can use these mini-apps on their iPhone without installing them. Apple expects every ios app development company to design apps that would load and run instantly. That’s why they restricted the size of these apps to 10MB. If a user finds the app useful, then he/she may consider downloading it.

The innovative approaches of Google, Apple’s only worthy opponent, allowed it to create Progressive Web Apps or PWAs. A PWA combines the best features of mobile applications and the mobile web. These programs are fast, offer app-like interaction, offline usage, and one doesn’t need to download it to use it. Basically, PWAs are mobile websites designed to appear and act like regular apps with swift loading speeds and offline usage. It eliminates the biggest drawback of the mobile web: the instability of the data connection. One can also save Progressive Web Apps on their home screen so that they can launch them by tapping respective icons, just like regular apps.

Every android application development company is attempting to create Google Play Instant Apps these days. These are fully-fledged native apps that run on Android-powered devices. However, an android application development company designs them in unique ways. Just like PWAs, one can share them through a link. When the recipient opens the link, they gain access to a stripped-down version of the app. Google showed an example at I/O in 2016, where one user could send a link to the recipe section of the Buzzfeed Video app. The recipient would be able to open it and use part of the app that linked to the recipe video without downloading the app.

As you can see, the only thing that connects these three types of apps is that you can use them without downloading them. It also proves that the tech world is attempting to make things easier for its users by helping them preserve their phone’s storage capacity. Apart from that, they are trying to combine the best of smartphone apps and mobile web. For that purpose, they came up with these unique options. However, you also need to know the differences and a few other issues.

The problem with the concept of App Clip

The concept of App Clips is worthwhile, and every reliable ios app development company is already working on App Clip consignments received from their clients. However, deep-linking your website can do the same things as App Clips. Apple believes that this new feature will allow users to discover new apps. Then again, you need to use your website to market your app. If you resort to a PWA instead, users will find and use your app as soon as they visit your website. You don’t have to worry about publishing your app on Apple App Store. Also, the cost of development is quite high, as it’s a relatively new concept.

Indeed, there’s much more to discuss Apple App Clips and PWAs. The latter does seem to be better than Apple’s newest brainchild, but you also need to know a bit about the Google Play Instant Apps and PWA. From a business owner’s point of view, paying for a PWA is much more profitable than an App Clip. However, when it comes to Google Play Instant Apps, both options seem equally beneficial. Of course, you should avoid choosing anything without contemplating the needs of your brand and what you want your mobile experience to deliver.

Upon comparing App Clips against Instant Apps, you will find that the former option is better. According to app developers, Apple has stringent policies in place to avoid including just any app in its App Store. Therefore, you can be sure that none of the iOS apps are malicious or virus-riddled. Conversely, Google Play Store’s app publishing policies aren’t as rigorous. As a result, users often end up downloading programs that damage their phones or jeopardize their data. In this particular instance, both companies can benefit from their own unique platforms. Users should take their time in browsing the apps they generally use and avoid the others if they wish to stay safe.

As already mentioned earlier, there are innumerable differences between these competitors. In one instance, one can defeat the other two, but it will lose the round based on another point of comparison. That’s why it’s safe to say that the three platforms mentioned here are unique in their own ways.

Why You Should Hire ETL Developers To Get Quality Development? »