What Are The Biggest Challenges Faced By Mobile App Developers? 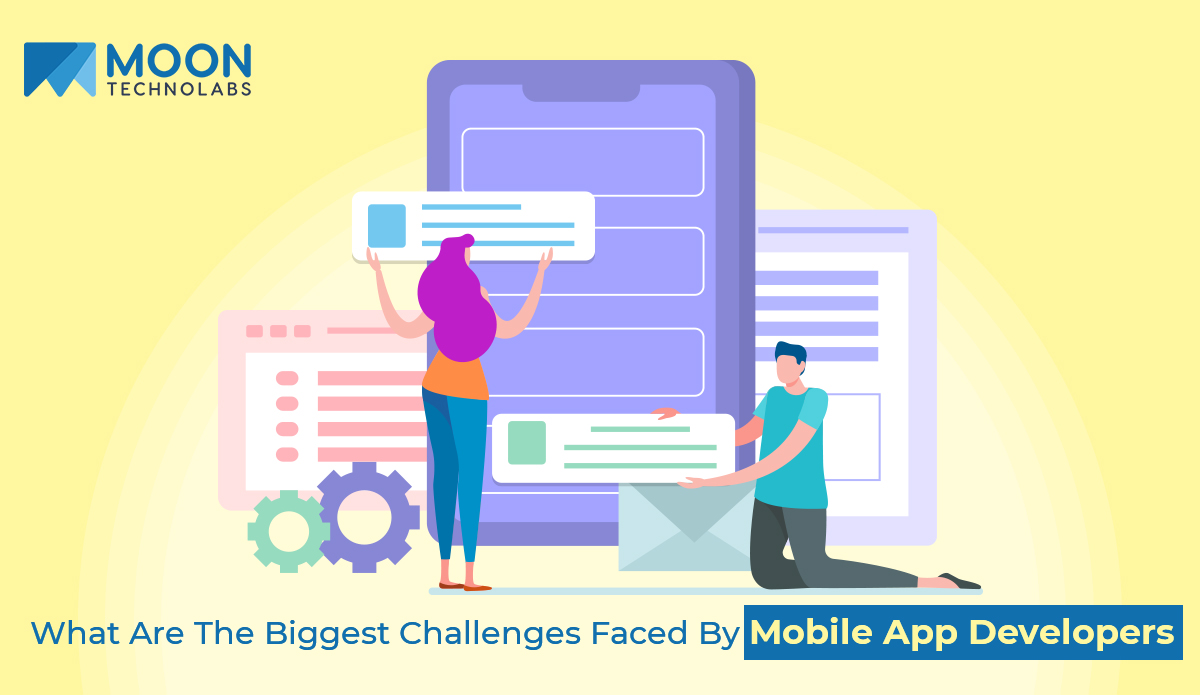 Millions of mobile apps are available on the app store and play store. Of course, it goes without saying that there is a huge competition. In such a scenario, it becomes very important for mobile app developers to create or build mobile apps that are unique and stand out from the competition.

While Android and iOS are majorly dominating the worldwide smartphone OS market, it also utmost necessary to focus on the challenges faced by mobile app developers to make their apps successful.

Because of the constant development in the mobile operating system, there are several enhancements and new version launched every year. However, implementation and adoption rate of these new versions remain slow while evaluating its presence in the current market scenario. For e.g, Android 8.0 Oreo has lower market share than Android 7.0 Nougat and so on and so forth. Hence, mobile app developers find it challenging to make their app provide the features with the old as well as new version of the operating system.

Since Android is open source, many device manufacturing companies using the Android operating system may differ in supporting certain hardware features. To deliver high-end user experience, mobile app developers need to inculcate many authentications to interlock with hardware features of the devices. Hence, it becomes a challenge for developers to build a mobile app that can leverage the device’s feature. This can be understood from the fingerprint sensor feature which is only supported in certain devices from selected device manufacturing companies.

Again, when it comes to the Android operating system, a device manufacturer can customize it according to the specific needs. They can also custom design the user interface because of the absence of the standard user interface for the Android operating system from Google. Differing UIs makes it difficult for developers to build an app that is compatible with every device.

As of now, Android mobile app developers are limited to two programming languages i.e, Java and Kotlin. Kotlin, unlike Java, comes with the added advantage of features that can ease Android app development and app code maintenance.

Security patches released by Google from time to time are not able to address the threats imposed from changes made by hardware manufacturers to stock Android. Hence, such security issues go unnoticed which makes it necessary for developers to come up with reliable security features and enhanced encryption mechanisms to shield app and user data. This is also a challenging task for mobile app developers to surpass the ongoing Android security flaws.

As there are millions of apps, one can only imagine finding a pool of apps in the same category. For shopping, entertainment, sports, and every other industry sectors, users have a lot of options. This makes it imperative for app developers to build apps and implement ASO (App Store Optimization) strategies so that the app visibility increases resulting in more downloads. Keeping the right app name, unique and attractive icon, high-quality pictures and videos, adding appropriate app description with rich keywords, etc they all play a major role in the app’s visibility and overall success.

But, as we have seen that the competition is fierce with too many players in the market and their respective apps in the store, it is hard for mobile app developers to come up with mobile apps that are unique and stand out in the crowd.

« The Rise Of iPhones & iPads Continues To Grow In Smartphone Industry