The Vogue In Mobile Gaming Industry For 2018 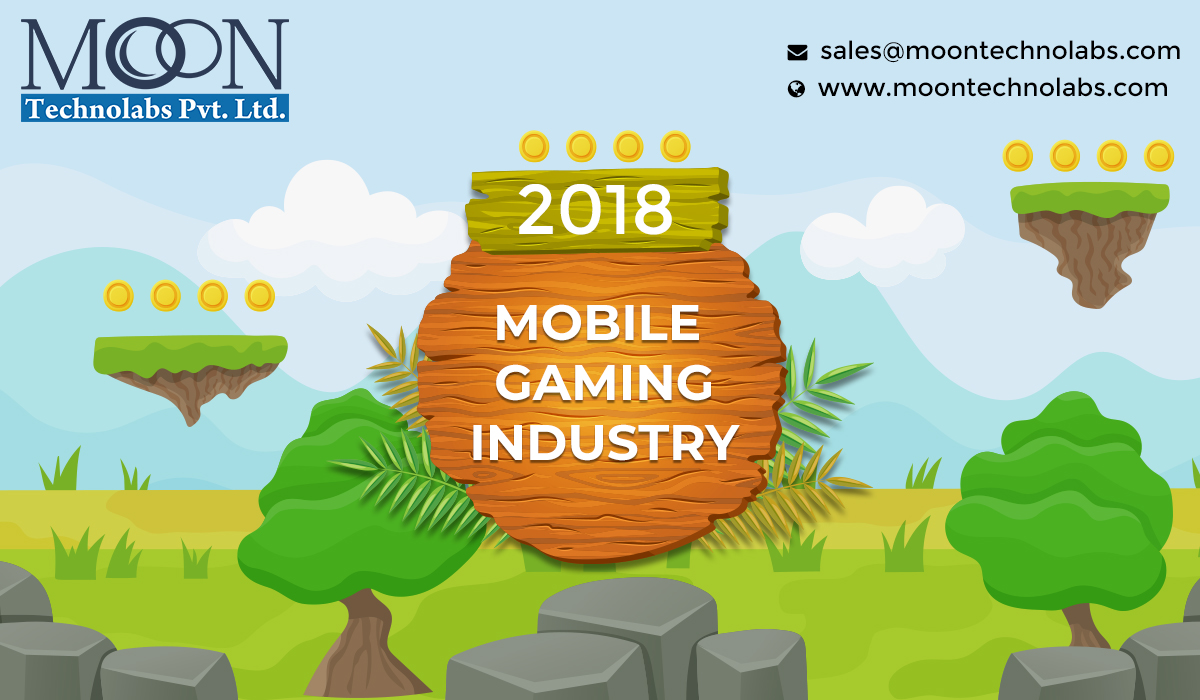 Almost 2/3rd of the world population has access to smartphones. This has already let to surge in developing applications for all sorts of industry ranging from marketing, education, medical, travel, etc. However, these sectors are still holding the minor share of the app market. The sheer dominance has been acquired by Gaming Industry’. Over 90% of the app revenue is generated from the mobile gaming apps. With the rise in cutting-edge tools and techniques, mobile technology has catered to the niche community of people who love to play games. Moreover, these improved technologies have influenced millions of lives across multifarious sectors. Hence, it’s safe to say that mobile technology has a gigantic impact on the gaming industry.

Let’s see the prime trends that have ruled and revolutionized so far and those that might will in the near future in the gaming industry.

This has been one of the major sources to attract gaming community to download their app while being cost-efficient at the same time. Cloud-based mobile games make lots of things possible simultaneously such as multi-players, seamless integration with social media and hence, a favorable choice as developers are able to give more attention to the design aspect while cloud deals with all the other essential things.

Social media is not limited to sharing posts, blogs, pictures, videos, etc but has become an innate part of everyday’s life activities including the games we all play. With everything being connected to Facebook, Twitter, Whatsapp, Instagram and Snapchat at the very least, mobile app games are no exception. The gigantic mobile gaming apps create the need for immersive players and an outreach social engagement so that players could show their achievements through share options that allow them to post about their game performance.

Even the offline and asynchronous gaming apps have found their existence and have shown the tremendous scope of development. Many of these apps are likely showing promising future. They provide a safe & secure connectivity and non-competitive experience.

Augmented Reality (AR) and Virtual Reality (VR) has already paved the way for the giant leap in the gaming industry. The technology is here and most likely to remain and break the floor and expand by developing into interactive games. Location-based technology has already gained momentum into becoming the prime factor in the gaming industry. Geo-location based games can hugely be financially benefited by branding or product based partnerships. In fact, a game developer can well adeptly use this technique to make the game more interactive.

The wide usage of wearable devices is inducing the use of AR tools in mobile apps. Because of this, mobile game developers are heavily depending on them to facilitate this tech generation with unique gaming apps.

A constantly generated thorough statistical analysis of gaming data is much needed to break the financial barrier and unlock huge profits. This data usually is the analysis and bifurcated information to optimize the game performance and provide tailored experiences. Moving on it prompts a financial way depending on players’ in-game behaviours. Developing engaging games are much on the priority list so as to have a personalized player experience and so that players can positively respond to it via in-app purchases and ad consumption.

As compared to other app industry sectors, the gaming industry is gaining popularity and expanding at an exponential rate. Every now and then, there is a new addition to games with new features to add excitement and challenges to skilled players who quickly adapt to latest trends. The gaming industry is one hell of a mobile app segment to look forward to amazing future.

The Alter Image Of The World – With Augmented Reality in Retail »

« The Dire Need To Speedup Having Your Own Business Mobile App