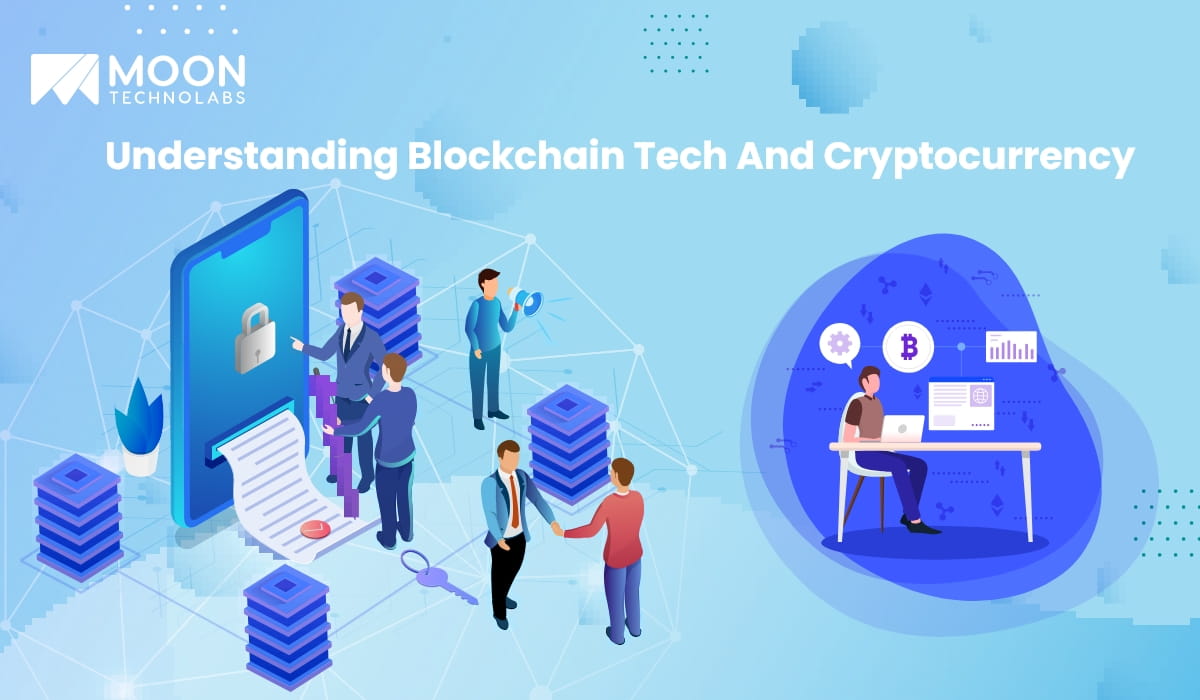 Experts, as well as laymen, have been looking at cryptocurrency as a revolutionary form of technology in the field of commerce and finance. However, it doesn’t seem sensible to consider something groundbreaking without contemplating it first.

Since the advent of cryptocurrency and Bitcoin, laymen, as well as experts, have been touting them as revolutionary, a breakthrough form of technology, and a worthwhile investment.

Others have been against it by saying it’s a haven for people with a criminal mentality and a disaster for the environment.

Regardless of what folks think about it, cryptocurrency isn’t going to vanish anytime soon. After all, you’re thinking about partnering with a blockchain app development company. It’s your reason for reading this write-up.

Here you’ll gather information on the subject by going beyond the veil of “hype.”

Even in this digitized age, it’s somewhat difficult to believe that the cryptocurrency called Bitcoin has been around for ten years already. To most folks, Bitcoin is a cryptocurrency and vice versa.

There’s a whitepaper on Bitcoin published in the fall of 2008 right in the middle of a financial crisis the whole world was going through. Bitcoin is basically a form of digital currency. However, it doesn’t have government support, and it lacks banking support.

According to the best blockchain app development company, it’s a decentralized form of currency that receives support from the Bitcoin network on the web. The creators of this particular digital currency simply wanted to offer internet users an opportunity to convey value.

Now, if you wish to contemplate the working process of Bitcoin, you have to look into blockchain tech. It’s the driving force behind this cryptocurrency.

You probably know a thing or two about blockchain, but a simple explanation will clarify the picture even more. Blockchain technology is a decentralized ledger used for digital record-keeping purposes. Participants will be able to confirm their transactions without relying on a central authoritative body for clearance.

Banks take care of the accounting, but in a blockchain, the distributed ledger provides participants with the information they seek. Every participant will look at the same ledger. There’s also a network in charge of updating the ledger through a process called mining. The miners are in charge of validating each transaction and/or adding new transactions or blocks to the record.

Some of your users know where to begin and how to purchase cryptocurrency, but you must learn it too, especially if you wish to work with a blockchain app development company.

Today, different types of cryptocurrencies are available, such as Dogecoin, Ether, and Binance. It’s quite natural if someone fails to understand where to begin. Experts recommend beginning with the ones that already displayed stability and longevity, such as Ethereum, Tether, and, of course, Bitcoin. Despite offering something innovative, new entrants are full of risks.

In terms of trading and purchasing, newcomers should depend on cryptocurrency exchanges like Coinbase. This USA-based facility recently became a publicly-traded organization and even earned a spot on the list of NASDAQ.

The cost of blockchain application development services is something you should definitely consider paying if you wish to build a platform like Coinbase.

Just like Coinbase, users will enter your application, create an account, and start purchasing cryptocurrencies there. Now, it’s worth mentioning here that every user has to provide a lot of personal information to create their account.

It has become mandatory for organizations like Gemini and Coinbase as they are USA-based exchanges, and they have to adhere to the regulations of KYC or Know Your Customer. Once the account is ready, users can connect their cryptocurrency exchanges with their bank accounts or credit cards to facilitate fund transference between the two.

Another interesting point you should know is that you can’t claim ownership of a currency just because you purchase it via an exchange. The exchange is the owner of the coin. You only have a custodial wallet.

Once you pay the cost of blockchain application development, your cryptocurrency exchange platform will be the owner of the coins you allow your users to trade and purchase.

Furthermore, every account on a blockchain dedicated to cryptocurrencies will have two keys – public and private. If someone doesn’t own the latter, he/she won’t even own his/her wallet.

While digital wallets come with the burden of responsibilities, owners will have the private key with which they can receive or send funds through their digital wallets.

So, why should you pay the cost of blockchain application development? What can your users do with cryptocurrencies?

Those who have been handling cryptocurrencies for some time believe they’re worth retaining because their value increases with time. However, experts say investors can choose to put their cryptocurrencies to work instead of leaving them to gather dust.

For instance, a user can invest in decentralized finance or DeFi. It facilitates the execution of conventional instruments of finance without relying on financial providers. In simple terms, an individual can take care of all his/her banking tasks without involving the bank itself.

The creators of Bitcoin designed it to become a new form of money. However, other cryptocurrencies have benefits that don’t remain restricted to fiscal purposes.

Just take a look at Ethereum, for instance. It operates the cryptocurrency called Ether, but it’s actually a platform that facilitates the creation of decentralized applications.

Also called “dapps,” they’re specifically for smart contracts in charge of executing rules concerning where money can shift from one person to another depending on a collection of predetermined conditions.

Also Read: How To Create A Blockchain Based App From Scratch In Just 7 Days?

Some time ago, the People’s Bank of China introduced a digital version of the Yuan, the currency of China. In a bid to follow this example, the European Central Bank and the US Federal Reserve are also planning to release their own variants of digital currencies.

All financial institutions understand that the entire financial system has become digitized. Naturally, banks and financial establishments are attempting to shift from paper-based currencies to digital currencies. The only way to survive in a competitive landscape is to innovate and adapt.

Providers of blockchain app development solutions have proof that even the IRS is thinking about entering the game. The IRS looks at cryptocurrency as a kind of taxable property.

It goes without saying that the consumption of energy is a significant concern. For mining Bitcoins, you’ll need a decentralized network of computers. These computers will generate new coins, as well as verify and record new transactions.

As you can probably guess, you can’t just acquire blockchain app development solutions and services and call it a day. You’ll also have to pay the energy bills associated with running so many computers constantly.

As already mentioned in the very beginning, there’s a criminal element associated with cryptocurrency. It has already been troubling hundreds and thousands of people across the world.

Cryptocurrencies aren’t just a new form of money. They’re a paradigm shift where the network is in charge of running itself. It doesn’t need a government or a corporation in the driving seat. Basically, it boils down to the perspective of an individual. Depending on how they look at this paradigm shift, they’ll determine whether it’s good or bad.

Before concluding this write-up, you should know that the sphere of cryptocurrencies isn’t for the faint-hearted. You should opt for blockchain app development solutions only if you’re certain of what you’re getting into.

When it comes to investment portfolios, experts don’t feel too enthusiastic about investment propositions for any specific currency. Just because something wins today doesn’t mean it’ll remain the winner forever.

It’ll feel truer than usual if you consider the fact that many other service-based systems, governments, and associated coins are coming online.

What is cryptocurrency?
Cryptocurrencies are digital currencies lacking government or banking support. Bitcoin is the most recognized form of cryptocurrency, and it’s also the first.
What is blockchain?
Blockchain is a decentralized system of record-keeping. It’s a ledger through which the participants can confirm transactions without needing the green light from a central clearing authority.
Should I invest in blockchain app development?
If you can navigate the complicated world of blockchain and cryptocurrencies, you should definitely consider investing in blockchain development services.

« Python 3.10 Is Officially Here – Learn Everything About It