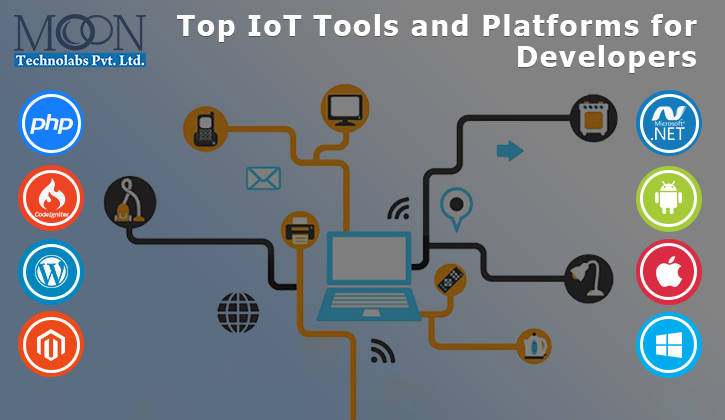 Development of applications has taken a big leap after evolution of IoT app development companies. They build projects that are fast and easy to develop, very affordable and extremely successful.

Topmost IoT Skills to look out for

Developers need to be proficient in following skills to be apt for creating IoT projects:

The percentage corresponding to these skills show the rise in popularity and demand for given skills in market.

Development of a Distributed IoT Service or an IoT Device

Few points to be mentioned while creating a distributed IoT service:

From small prototypes to large technologies, the list of embedded devices goes on. Small computing devices embedded within are known as chips or boards. These come in various price ranges and levels of processing capabilities.

BeagleBoard is another small board computer that works with Linux Operating System, making use of an ARM processor.
Intel’s Edison and Galileo are other reliable options for large scale production
Qualcomm has also produced some technologies for the same platform

IoT objects are able to broadcast information to nearby mobile devices by making use of bluetooth beacons. These are low power sensors that work on Bluetooth Low Energy (BLE) mechanism. While we are close to an IoT device, our mobile phone receives signals via one way communication mechanism. BLE requires less power, is economical (battery of a beacon can last upto 3 years, once charged). It can ideally be used for small mobile applications.

Thus IoT App Development Companies follow certain criteria for development and integration of IoT into their smart devices. These are:

Appropriate application of these devices can lead to overall growth and development of economy.

How much does it cost to make a Fitness App? »