The Rise Of iPhones & iPads Continues To Grow In Smartphone Industry 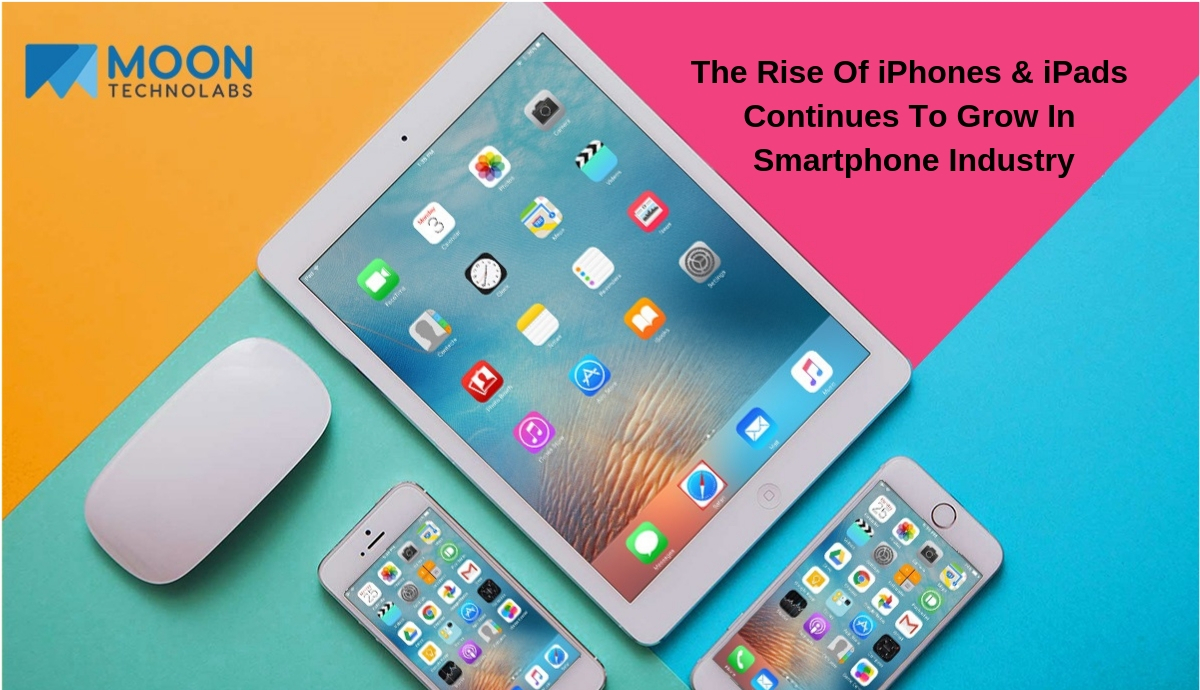 The users using Apple products were already huge in number but what keeps one on the toes is the popularity which is ever-growing with iPhones and iPad users. Of course, there have to be some profounding reasons behind it which we are going to see further in this blog post.

The primary reason is obvious with Apple launched its first iPhone in 2007 and Android with a year later in 2008. Of course, Apple products were already in the lead in terms of timing. This paved the way for iPhone and iPad app development companies to be involved in the upcoming technology that is surrounding the smartphone industry.

There are more than 1.2 billion iPhones sold in the market and the number is still increasing. As a mobile app development company, the success of the apps lies in the sheer number and hence, one should pay utmost importance to the iOS when it comes to developing or advertising mobile app. With iPhones, there was also a substantial rise in the iPad app development.

By 2015, Apple grab holds a major share of the mobile consumer industry. HTC, Samsung and much other competition also picked up the pace with Android OS and its app development. This made Apple lower its profits but still holding the major share of around 60% of profits in the smartphone industry. So, if you are thinking of building a business app then make sure that the idea revolves around iPhones and iPads.

The biggest revenue generating market for iPhones is still US and Canada with an estimation of about 55% of users from this region. It is believed that the iPhone users spend reasonably on apps that are useful and worth even while most of the mobile apps are free in this era. Because iPhone users spend on average $30 to $35 and hence presents a good opportunity to develop apps and target it to iPhone users.

Apple also launched Apple Pay recently to cater its users with the payment option. The data suggests that more than 30% of the iPhone/iPad owners use Apple Pay service for their online store so as to integrate it with their mobile app. This also helped Apple to remain at the top and retain customer base from competitors.

Another aspect of iPhones is with the number of sessions that it generates per day. A whopping close to 50 billion iPhone sessions. With iPhone fever ongoing and the popularity on the rise, this number is soon going to surpass and create a new record. For the iPhone application development company and iPad app development company, it is imperative to create an app that can be listed among this 50 billion daily sessions. It is very obvious that Apple came to existence little earlier than the others which lead them to be the market leader in the smartphone industry. In such a scenario, mobile app developers are left with no other choice but to follow the industry leader in order to spread their own presence in the mobile app field.

The research, data, and statistics suggest that Apple is still the pioneering force within the smartphone and mobile app industry. Hence, it is quite necessary for you to consider the iOS app development company more in your development arena.

What Are The Biggest Challenges Faced By Mobile App Developers? »