Technology Update: Everything New In Angular 11 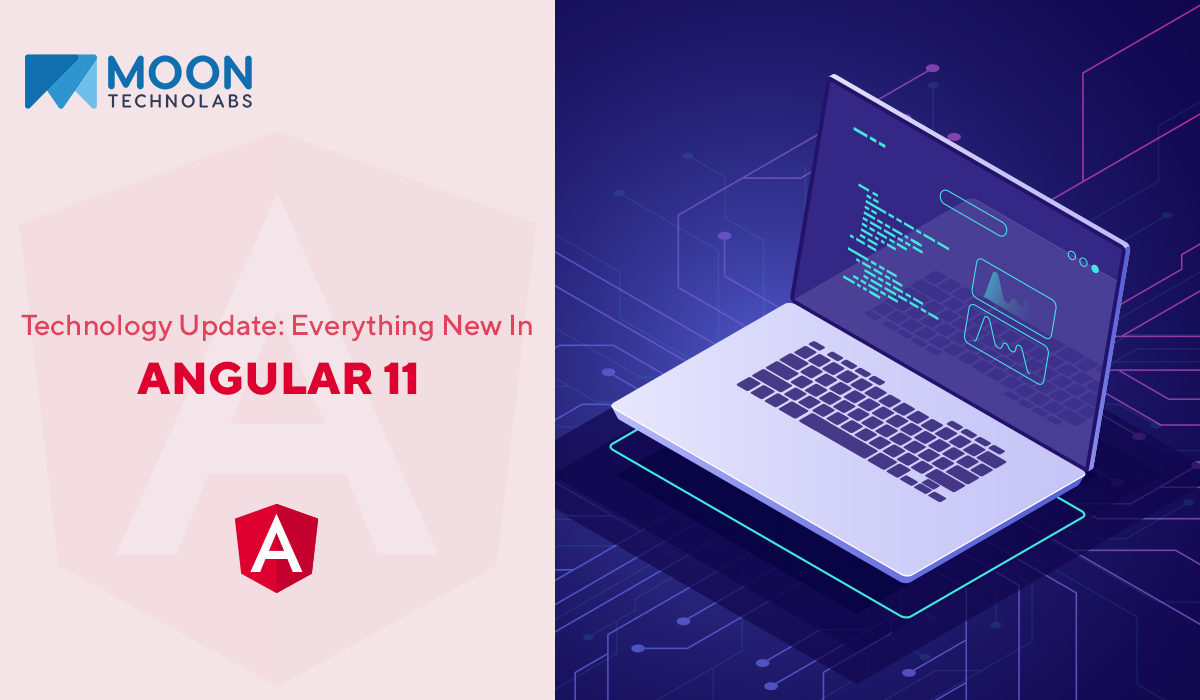 The creators of Angular recently brought forth its latest release. Here’s a breakdown of everything that it has to offer to Angular developers all over the world.

Google created Angular as a JavaScript or TypeScript framework to create desktop and mobile web applications. The popularity and efficiency of this framework are so high that it earned more than sixty-eight thousand stars. Google’s team of Angular experts maintains the framework. They also receive support from a massive group of web community members and other third-party organizations. Google didn’t hesitate to be dramatic with the release date, either. They made it available on the 11th of November 2020.

The newest release is a holistic update for the providers of angular web development services because it enhanced the framework, apart from all the components and CLI. Here’s a breakdown of all the features.

Before the arrival of this particular version, developers had to utilize TSLint for linting purposes in Angular by default. However, the creators of TSLint deprecated it and suggested shifting to ESLint entirely. James Henry worked with many other Angular community members to build a third-party path of migration with angular-eslint, tslint-to-eslint, and angular-eslint config. They even tested everything to make sure that the Angular developers experience a smooth transition. Now, apart from TSLint, the creators even denounced Codelyzer. It means that the usual implementation of linting won’t be available anymore. However, developers can work on a project with angular-eslint and shift from TSLint.

Whenever Angular releases a new update, it works faster than the previous one. Speed optimization is something the creators always do.

As you can imagine, Angular 11 is faster than its older versions. They made it possible by introducing several changes and enhancements to systems, such as the compilation. It uses TypeScript 4.0 and other swifter processes, including the update called ngcc. These updates increased the speed by at least four times.

Angular 11 boasts of having webpack support that the providers of best angular application development services can experiment with if they want. Since webpack 5 is an opt-in feature, developers can choose whether to use it or not when working on a project. The creators of Angular wish to stick to this path and help developers work faster with persistent disk caching reducing the size of bundles with the tree-shaking aspect of cjs. However, no one should forget that it’s just experimental and isn’t in production as of yet.

Updates for the Internet Explorer

The latest version of Angular is also getting rid of the support for the old versions of the Internet Explorer, including nine, ten, and the mobile version of the same. Angular 11 supports only the eleventh version of IE. In fact, it even removed the deprecated APIs.

Language services existed in Angular in the past, and every angular js web application development company used them. However, the view engine dictated the services. Once Ivy became available to all, the creators of Angular wanted developers to explore a preview of the way things will work with an enhanced renderer and engine. It gives the developer the best experience. It will also be able to deduce the generic types inside the templates much like a TypeScript compiler. Then again, this feature is still under development, and developers should keep tabs on the creators of Angular to learn when it will be available for use.

Angular 11 brought several changes in the way an angular js web application development company conducted reporting tasks during the building phase of development. As already mentioned earlier, the creators introduced several changes to the CLI. As a result, making logs and reading reports is now easier than before.

With Angular 11 developers can use automatic inlining on their app development projects. It’s an optimization update in which Angular will download and work on the fonts whenever a developer runs the ng serve. This feature lets everything load faster than before. It’s one of those updates that come out of the chest with Angular 11. Therefore, developers must update their version at the earliest.

HMR or hot module replacement has been a staple of Angular for some time already. Then again, there were several requisites of using it that incorporated making changes in the configuration. Naturally, it created more trouble than making things easier for developers when they worked on their projects. That’s why the CLI needed an upgrade, and the creators did it. Now, in Angular 11, the CLI can enable HMR from the word go. Once an app starts functioning as it should, it shows a confirmation message informing about the activation of HMR. Developers must remember that it will only be available on the development server. Whenever someone builds an app, he/she will see the newest changes brought to the templates, styles, and components as they get updated instantaneously when he/she runs the app without refreshing the page.

The harnesses for component testing

There was a component testing harness in Angular 9 that offered a readable and powerful base API for scrutinizing the components of Angular using the supported API. With Angular 11, developers have access to harnesses for every component. It means that they can build more test suites. The component test harness of Angular 11 brought several performance enhancements, new APIs, and several updates. This parallel function currently makes handling the desynchronized actions inside the tests simpler. After all, developers can run several interactions with their components at the same time. Functions, such as detecting any manually made changes will give the developers access to improved control of detection by simply disabling auto change systems inside their unit tests.

Final words
Now you have a short but precise explanation of all the changes and enhancements that Angular 11 possesses. As a developer, having this framework at your disposal can prove to be indispensable to your work.

Watch Out Trends of iOS Mobile Application Development In 2021 »