Take Care Of IDFA And ATT While Developing iOS App 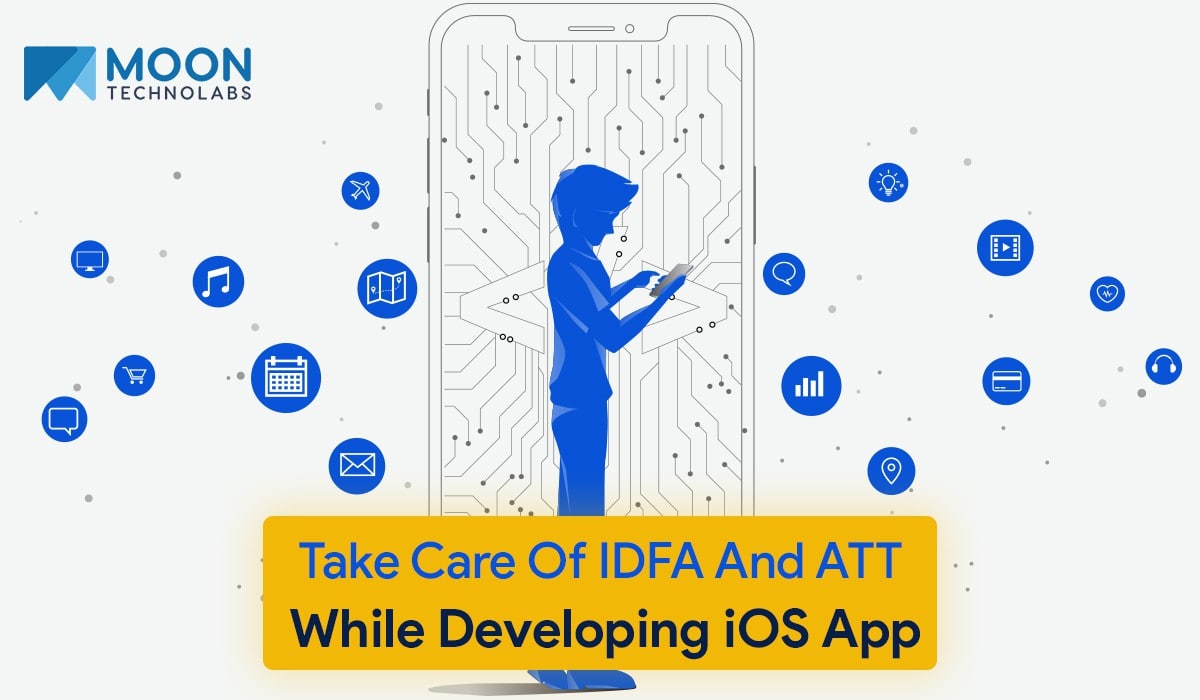 This write-up aims to discuss the effects of Apple’s decision to destroy IDFA or identifier for advertisers. It will also inform you as much as possible about Apple’s new App Tracking Transparency system.

When Apple released the iOS 14 update, the company announced that the users will get a chance to block the IDFA identifier at the level of the application. Apart from other changes, this feature of the iOS 14 update will require apps to ask user permission to acquire and share data.

Based on reports, Apple took this strategic stance that privacy is a user right and it’s currently taking the necessary steps to provide users with a chance to opt-out of any kind of tracking or targeting. This change will take place in every product launched by apple. When this question – where can I hire experienced iOS app developers – comes to your mind, you must remember that you may not be able to use your business app as a marketing tool.

This topic is a must-read for every business owner who wants to hire an iOS mobile app development services company to develop an application. It will tell you a bit about the iOS 14 update and provide a few recommendations from experts about what you can do to counter the effects.

So, what is IDFA? It stands for “Identifiers for Advertisers,” which is a unique identifier for mobile devices. Your marketers use it to target and measure the effectiveness of advertising strategies on user levels across mobile devices.

The ultimate objective of Apple is to let its user base block the sharing of the unique identifier at the app level. Right before the release of iOS 14, consumers had to opt-out of a marketing campaign. Today, when a user chooses to install or update the new iOS, a message will appear alerting him/her to opt-in or opt-out of the obligation to share information.

These changes introduced by Apple shouldn’t come as a surprise to business owners like you because the company took the public and strategic stance that every user has the right to privacy. From the beginning, Apple has been taking repeated steps across its product portfolio to give users a chance to opt-out of every kind of tracking or targeting.

When will Apple introduce this change? According to experts, iOS 14 will hit the market in the early spring of 2021. Unfortunately, the date is still a mystery.

Ad-targeting – Several targeting strategies won’t work after the arrival of iOS 14. While platforms like Facebook and Google have several deterministic values to utilize and identify devices, but other programmatic platforms that don’t have deterministic ID graph information will probably experience a significant reduction in targetable audiences.

Ad-measurement – Mobile Measurement Partners or MMPs erected their measurement and scamming abilities around this IDFA identifier. While the company announced a replacement API that will facilitate data conversion at the campaign level, there will still be a reduction in the data fidelity that MMPs have to pinpoint scams and performance over mobile campaigns.

General Rules: If you stick to these norms, you should be able to counter the effects of Apple’s decision.

If you’ve been going through this write-up from the beginning, you probably ran into the term “ATT”. It deserves as much attention as IDFA when you have to ask yourself – where can I hire experienced iOS app developers?

ATT stands for App Tracking Transparency is a new framework built by Apple for privacy protection. Apple first discussed it last summer. With this system, whenever an individual downloads or opens an app on his/her Apple device, he/she will be able to choose whether to allow the app to track him/her across third-party websites and apps or not.

Apple even announced recently that the ATT system will be present in its newest operating systems: iOS 14, TVOS 14, and iPad OS 14. The purpose of ATT is to make the process of privacy protection much more intuitive for consumers. Up until now, API always had a specification detailing the data accessed by two applications. However, consumers never had a chance to explore these technical details. Therefore, having this ATT system is like getting a nutrition label with a so-called healthy edible item. Then again, instead of informing users about the health benefits of a specific food item, the owners of Apple devices will be able to find out who has their data. As a result, they will get a chance to compare apps and decide on the one that’s protecting their data more efficiently.

As you can see, both topics discussed in this write-up are crucial to you. You’d make a grave mistake if you don’t keep them in mind while hiring an iOS mobile app development services company to handle your project. It’s also worth mentioning here that Apple Inc is about to make Steve Jobs’ dream come true. He always prioritized privacy over everything else, and now, Apple is about to roll these two systems out within a short time.

« Is Blockchain App Development the Future of Money?