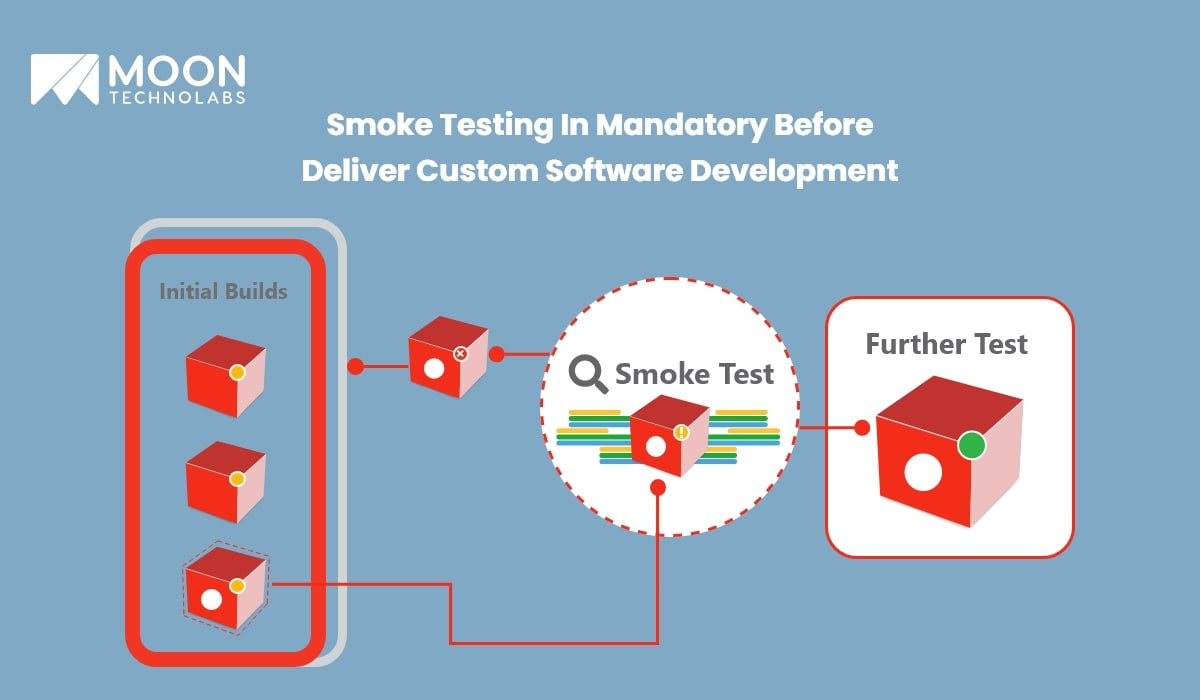 So, you came to know that the term “smoke testing” has something to do with software development. Now, you wish to find out what it means. Well, then simply continue reading.

In the sphere of software development, smoke testing plays a mission-critical role. In simple terms, smoke testing inspects the primary functionality of any program to ensure that it’s ready for more testing. By undertaking smoke testing measures, the top rated software development company in India and USA ensures that the QA team doesn’t have to test the software program from scratch, even when it’s at a stage that prevents it from performing the most basic functions.

If you look at it from a technological perspective, the term “smoke test” has its origins in hardware testing. Hardware specialists plug in a new board and turn on the power supply to see whether the board exudes smoke or not. If it does, they simply turn off the main switch and discontinue testing. Broadly speaking, smoke testing is the method tech experts resort to when they don’t have enough time to inspect the features of a product before releasing it in the market. By conducting the smoke test, they ascertain whether the device is working as it should. They primarily look for existing problems and bugs. If they find anything amiss, they simply cease their work to avoid wasting more time in installing or analyzing the product.

The top rated software development company in India and USA does the same thing because they prioritize identifying issues and fixing them as soon as possible. Smoke testing is nothing but a subset of every planned or defined test instance covering the ultimate functionality of a system or component. It’s what these experts do to ascertain the most important functions of the program work as they should without paying attention to intricate details. Through smoke testing, software developers inspect the application accessibility, login features, and primary modules. Of course, depending on the software program they’re working on, they may have to test other aspects.

So, where does this phrase come from? Most folks think that it has something to do with factories and construction. If you have the same idea, then you aren’t entirely mistaken. The smoke test does have its origins in the field of construction. Construction workers often have to inject smoke into the pipelines that carry water to ensure they don’t have leaks. In doing so, they eliminate all chances of flooding. The objective of smoke testing in software development is the same – to seek out leaks that may be hiding in the most fundamental areas.

Now, it’s time to find out when the providers of custom software development services conduct smoke testing. Through this process, the testers ensure that the software program build delivered by the development team is in a test-worthy condition at all or not. Also recognized as the “Day 0” check, testers do it at every individual build level. Smoke testing can also take place during development. As you can probably guess, it’s a much more meticulous approach, and it comes in handy for software programs that show promise.

The process starts as soon as the database and GUI interface becomes stable. Apart from that, testers initiate smoke testing whenever the dedicated software development team adds new functionality to an existing system. However, smoke testing isn’t as rigorous as a regression test or unit test. You also have to acknowledge the fact that you can’t rely on smoke testing alone as it may not be enough to inspect an alteration thoroughly when operating on one module. It’s especially true for new code. The best developers know that their responsibilities don’t end if they simply conduct this test before releasing each build of a specific software solution. They have to conduct other analyses before they can submit their work to the depository. They must perform smoke testing, and they should do so manually, before changing something.

Other types of testing

As already mentioned earlier, smoke testing isn’t the only analysis strategy developers can depend on. Software testing has to take place on two different levels to ensure the program runs without errors or hitches of any kind.

This category is all about confirming whether the software system is working based on the requirements of the user. It mostly looks into processing, data manipulation, and flaws. Just like non-functional testing, functional testing incorporates unit testing, beta testing, sanity testing, system tests, regression testing, interface testing, and, of course, smoke testing.

The best providers of custom software development services run smoke testing not just to look for bugs lurking underneath but to inform the testers where they should start. Through smoke testing, the inspectors come up with a goal that they ask the developers to achieve. It even allows the testers to inform the development team when they manage to achieve adequate stability. When it comes to getting the best results from smoke testing, it’s all about the depth of the scope and not its breadth.

If you’ve been going through this topic from the beginning, the necessity of smoke testing should be apparent to you. With smoke tests, developers can pinpoint and get rid of inappropriate builds without wasting money. It gets profoundly easier for them to work on the following builds, even if they have to do it every day until they achieve what they seek. Thanks to the technological advancements of today, a dedicated software development team can automate and even standardize this chore on every build they work on. They simply analyze the things they expect will work as they must. In case they don’t, testers will put the blame on a specific file or a faulty aspect that’s fundamental to the software program. Smoke tests are the best for unearthing bugs and fixing the same and finding involuntary interactions between new and existing functionalities.

Experts describe smoke testing as a faster version of regression testing to analyze primary functionalities. It shows whether the merchandise is ready to move on to the next stage of inspection. The methods followed by testers allow them to detect almost every problem at the earliest stages of development and in correcting the same.

Every smoke test should include the following.

Here are the advantages of undertaking smoke testing.

Developers aren’t the ones who run the smoke test. An entirely different team has the responsibility of this task. As it’s a vital part of the deployment, the team has to be aware of the features of the application, particularly the ones dictating the purpose it’ll fulfill. Every member of the testing team has to be capable of inspecting all modules of the program individually. Once the test is over, they also have to be able to give the green or red light depending on what they find. If the tester rejects the build, he/she must provide in-depth feedback to the development team and procedure within the shortest possible time.

Well, there you have it – an in-depth explanation of smoke testing. If you have plans to get a custom software application developed, make sure that the development agency of your choice conducts smoke testing thoroughly.

Laravel Vs. Node.js: War For The Backend »