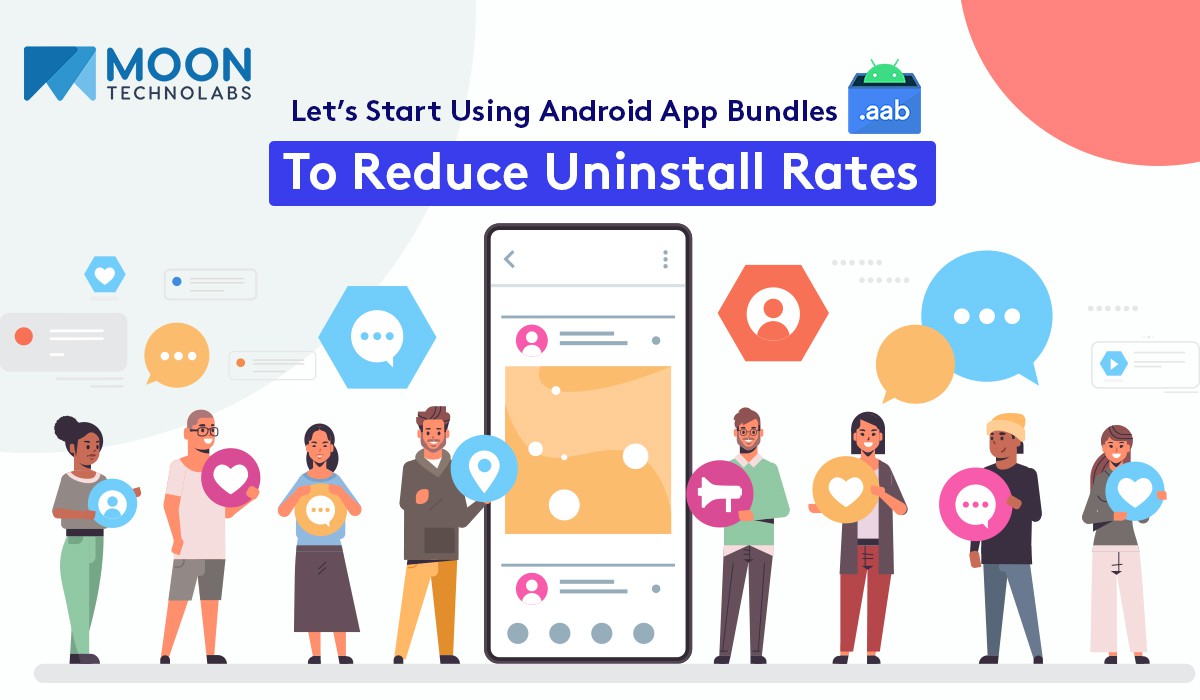 In today’s day and age, a business owner can monetize a mobile application better if he/she chooses to work with an app development agency that excels in using Android’s official publishing platform called Android App Bundle. Google describes it as Android’s new and official publishing format, which offers a much more efficient way of building and releasing an app.

The release of the Android App Bundle became a significant reason for excitement for Android app developers and mobile app enthusiasts. After all, they had to face several issues, such as building APKs to target various API versions, device types, etc. Today, with the arrival of AAB, Google Play handles all these issues.

Developers can now use Dynamic Delivery systems to create optimized APKs that satisfy the requirements of the device of the user and deliver them during the runtime for installation. So, what is Android App Bundle anyway?

Android App Bundle, also called AAB or (.aab), is a new, official publishing format. It provides a more efficient way of building and releasing an application. It even lets you deliver an incredible user experience in a small application. You should hire experienced android mobile app developers with expertise in using AAB as the apps built using this new system have better installation success rates and low uninstall rates.

Using AAB means building an application using methods and strategies recommended by Google. At the moment, AAB is the gold standard for publishing apps on Google Play. Also, more than 600,000 applications and games use AAB in production, and Netflix is one of them.

(1) The size: Many business owners shy away from app development services once they learn about the cost to hire a dedicated android app development team. However, developers using AAB to build apps can reduce the overall size of the app significantly, which, in turn, reduces the overall development costs. Developers have evidence to prove that AAB can shrink the size of an Android application by almost 20% compared to APK. Even Adobe used AAB to reduce the size of its program – Adobe Acrobat Reader – by 20%.

(2) More installations: Downloading, installing, and using an oversized Android application wouldn’t have been a problem if users didn’t have to worry about the storage capacity of their mobile devices. Unfortunately, smartphones and other similar gadgets have memory space limitations. That’s why end-users often delete specific apps that occupy too much space. If you don’t want that to happen to your business application, you should hire experienced android mobile app developers with knowledge and experience in using AAB to build applications.

(3) Code integration: You’ll need your app development partners to use AAB if you want to prepare for the 64-bit requirement without tampering with the size of the application. In doing so, Google Play will deliver the right native code needed by each device.

(4) Swifter downloading: Google Play can efficiently tailor an app built using AAB to each device. It means that the overall process of downloading and installing an application will get easier and faster.

(5) More efficiency: Developing an app on Android using AAB allows developers to build one artefact that will include the app’s collected code, native libraries, and resources. As a result, developers don’t have to build, sign, or upload anything. They don’t even have to manage version codes for several APKs. Naturally, efficiency standards increase significantly right after installing an AAB.

(6) Enabling Dynamic Delivery: App bundles brought forth a new concept called Dynamic Delivery. By using it, an app developer can deliver conventional features during installation based on properties, such as the features of the device, the user’s country, the version of the device, etc. Users also get to leverage the facility to install new features by following an on-demand model instead of the installation time. They may even uninstall the features they don’t need any more.

(7) Increasing engineering speed: Upon using AAB, developers get to finish the task of building an app from scratch faster than usual. This benefit is worthwhile for the clients of these app developers too as it decreases the cost to hire a dedicated android app development team.

The publishing format of app bundles is somewhat different from APKs. The former entails using all the codes of the application. It means your developers can’t deploy it directly to a device. By using the Android studio, establishing a project as a signed app bundle becomes a piece of cake.

It goes without saying that the future has a lot in store for humanity, and it’s up to everyone to keep up with the future. Now that you know how beneficial AAB can be, consider using it on your next app development project.