Laravel 9 Is Now Out – How Is An Improvement Over Its Predecessors? 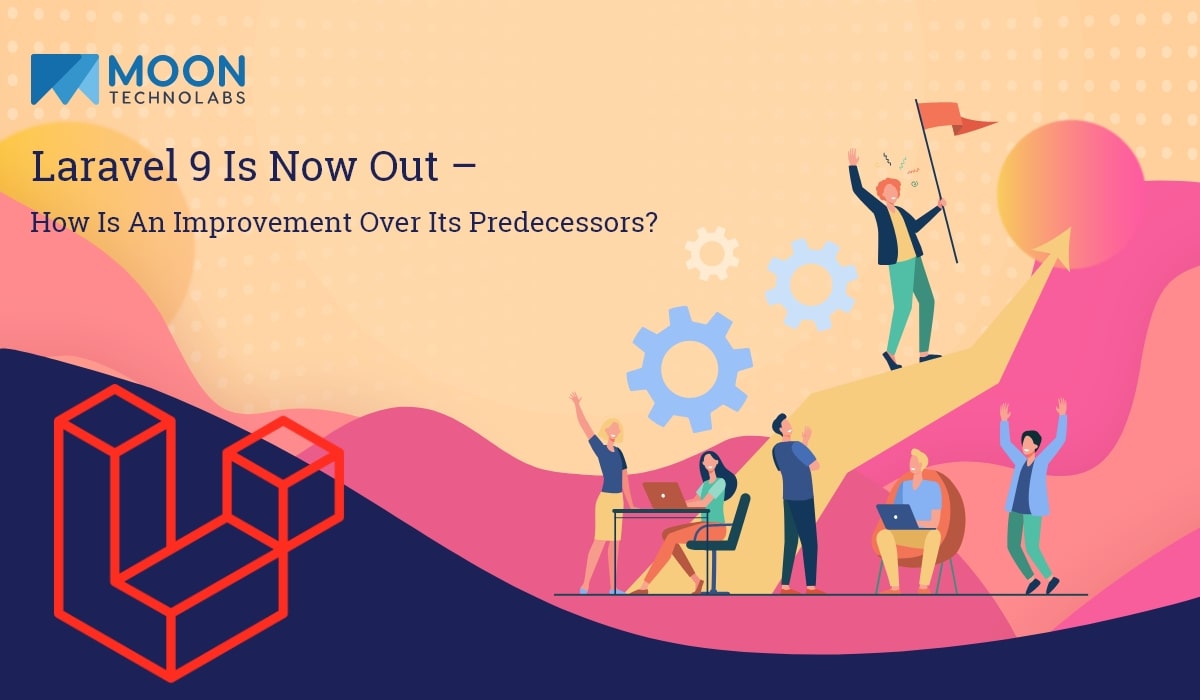 No matter how many experts you speak to, everyone will say the same thing – there isn’t anything better than Laravel when it comes to PHP frameworks used in developing enterprise-level web applications. This topic focuses primarily on the latest version of the framework and the features it possesses.

Laravel has long been one of the most recognized and widely used PHP frameworks. In reality, Laravel has been holding on to its popularity for years. After all, it’s scalable, elegant, and is currently one of the most preferred frameworks among companies and developers working with PHP. The latest version of the framework appeared on 9th February 2022 – Laravel 9.

As it’s the newest version, it comes with several new features. Over the last few years, Laravel has been releasing new versions every six months or so. This approach resulted in numerous questions, along with confusion and unsympathetic comments about the release process. By releasing Laravel 9 a few days ago, Laravel creators shifted to a 12-month release cycle.

Now, you want to hire laravel developers for a PHP-specific project. While you don’t have anything to do with the development aspect, you’d benefit from learning as much as possible about Laravel, as well as its latest version.

So, what is Laravel all about? It’s a PHP-based web framework that’s also open-source. It has several unique features, but the most noteworthy selling point of Laravel is probably the elegance of its syntax. This MVC framework is suitable for building straightforward and complicated web apps with the programming language of PHP.

Other than that, Laravel adheres strictly to the MVC or model-view-controller architectural pattern.

If you aren’t aware of the features of Laravel, this section will tell you more about them.

Eloquent is the name of the ORM or object-relational mapper for Laravel. It also happens to be one of the best features of this framework. If you hire laravel developers, they’ll be able to interact with the database of their choice, as well as the data model.

Eloquent ORM allows Laravel to disregard every obstacle concerning interacting with and writing complicated SQL queries to gain access to data from the database.

Developers who had to struggle with pagination when building applications can contemplate the value of having the pagination managed by an inbuilt framework.

Laravel can solve this hassle with relative ease by creating automatic pagination that comes out of the box. Among all the features possessed by Laravel, this one is popular. It eliminates the chores associated with solving the problems of pagination.

Laravel has MVC architecture, and this nature of the framework makes it adaptable and relatable. After all, it sticks to a prevalent pattern of web development with ongoing, significant improvements.

Laravel forces developers to learn and understand the architectural pattern of MVC. It’s popular and is part of several other frameworks, including ASP.NET MVC from C# and AdonisJS from JavaScript.

It’s of the utmost importance to analyze the security measures of web applications that you want to use. If you don’t do it, you may lose funds. Or, cybercriminals may hijack your products or websites.

Fortunately, Laravel has several security measures as it follows the OWASP security principles. Laravel has an inbuilt security solution for just about everything, including SQL injection, cross-site request forgery, and more.

Everything new in Laravel 9

The creators of Laravel had plans to release the new version in September 2021. However, they pushed it to January 2022 and then to February 2022. Due to the delay in release, Laravel 9 became the very first long-term support or LTS release of this framework.

Soon after that, Laravel’s creators announced that they’ll follow the 12-month release cycle. This delay was a result of several reasons. You’ll find a few of them below.

As you can see, the delay in the release of Laravel 9 proved to be a boon for the framework.

Now that you have an in-depth understanding of Laravel, it’s time to take a look at the features of Laravel 9.

The first and also the most important feature of Laravel 9 is that it needs PHP 8 to run properly. It also requires PHPUnit 8 for app testing purposes. As mentioned above, Laravel 9 utilizes the latest version of Symfony, and it also needs PHP 8.

PHP 8 displays several noteworthy improvements and features, starting from the constructor property promotion to the JIT compile system. It even lets developers explore the different benchmarks of PHP versions and learn the methods of upgrading to the newest PHP 8.

The feature of anonymous stub migration first appeared in Laravel 8.37 to solve the problem with GitHub. It’s just that several migrations having the same class name may cause issues for developers when they try to rebuild the database from scratch.

The latest stub migration system gets rid of the migration class name and associated collisions. Right from Laravel 8.37, the framework supports anonymous class migrating files. In Laravel 9, it’ll be one of the default behaviors.

As Laravel 9 targets PHP 8, the creators of the framework chose to merge this PR. This move suggested using the latest string functions of PHP 8.

Also Read : Which Version Of Laravel Can Facilitate Faster Development?

With the newest version of Laravel, type-hinting becomes much more reliable for static analysis, refactoring, and code completion in their IDEs. It’s primarily because of the absence of a shared interface or inheritance between Query\Builder, Eloquent\Relation, and Eloquent\Builder.

This version even added the new “Illuminate\Contracts\Database\QueryBuilder Interface,” apart from the “Illuminate\Database\Eloquent\Concerns\DecoratesQueryBuilder” trait that implements the interface instead of the “_call” magic method.

Usually, the owners of small businesses can’t afford to maintain an in-house team of developers. If you’re one of them, you’ll probably want to delegate the task of building digital products to a laravel development company.

However, if you have an in-house development team, you’d have to learn a bit about the installation process of Laravel 9.

As you know, Laravel 9 supports PHP 8. If you have to test the framework first, remember to check the current PHP version. You may have to resort to a fresh installation if you don’t have it.

When it comes to installing Laravel 9 via “composer,” just ask your developers to run the command given below.

This command will lead to the creation of a new project on Laravel using the newest version of the framework – Laravel 9.

It’s safe to say that there aren’t many compelling PHP frameworks like Laravel, and it’s constantly gaining more attention among developers from every part of the world.

Laravel 9 also happens to be the first release following a 12-month cycle. If you know a thing or two about PHP frameworks, you can already guess that these features are powerful.

If you seek more information on Laravel 9, you may get in touch a laravel development company like Moon Technolabs. This particular app and software development agency, for instance, is one of the best when it comes to Laravel development.