Laravel 7 Is End of with Security Fixes, What’s New With Laravel 8? 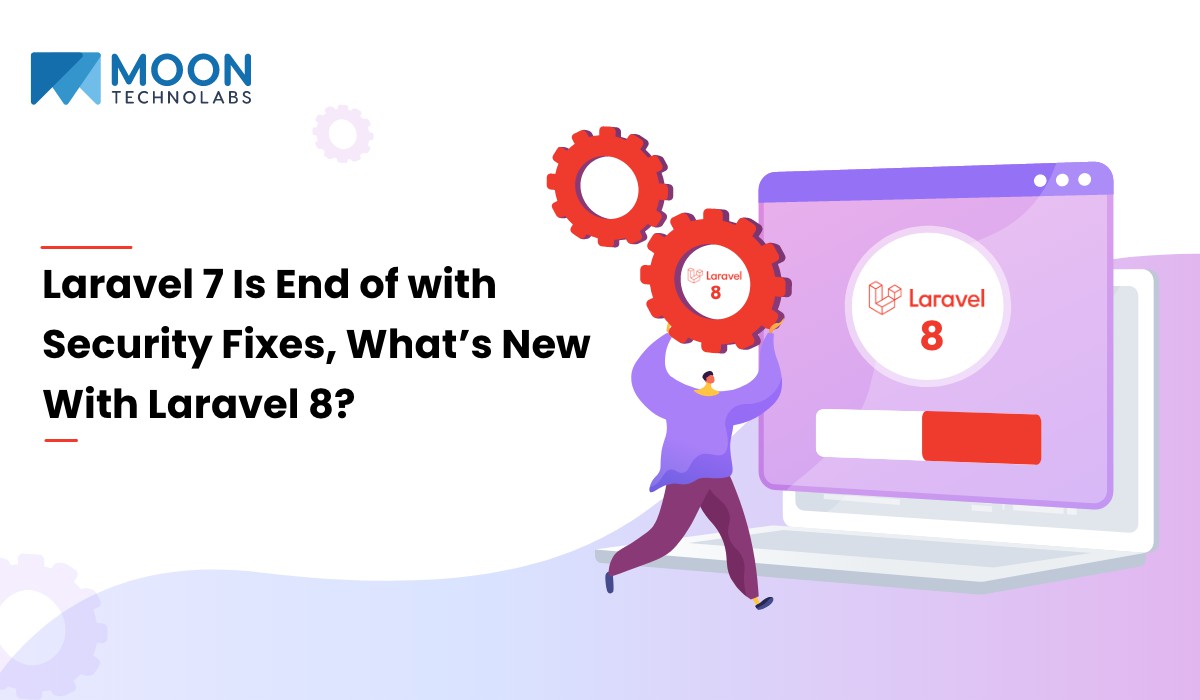 Laravel 8 made its official appearance on 8th September 2020. Usually, the Laravel team releases new versions of the framework every 6 months or so, and they roll out several significant changes. Here you’ll learn about everything new in Laravel 8.

After the release of Laravel 8 on 8th September 2020, this world-renowned PHP framework will continue to bring new and improved features with every version. Once the creators of the framework came up with the 5th version, they transitioned Laravel to semantic versioning. However, as they decrease the time gap between each release, they end up reducing the changes between each version. Nevertheless, Laravel 8 boasts of numerous features. Before getting into the details, however, you need to know why you should choose Laravel over other frameworks.

Here are the reasons why you should look for a Laravel development agency in 2021.

Laravel is the best framework for web projects because it can offer advanced learning sources, Laracasts, and practice sessions. Laravel provides premium expert tutorials and free-of-charge tutorials through which developers can solve even the most challenging problems via coding.

The platform of Laravel can provide an interactive environment for project development. As a result, programmers find it easier to handle their tasks. It even streamlines the longer and more complex programming chores and simplifies them reasonably.

Security is an extremely critical factor that requires almost as much attention as every other aspect of a web app. In that regard, a Laravel development agency uses Laravel and delivers impeccable and impenetrable levels of security.

Taylor Otwell is the creator of Laravel, who announced some of the latest features of Laravel 8 through the Laracon presentation. Here’s a list of those features.

Laravel 8 brings with it a new landing page for a new installation. The creators of Laravel redesigned and built it from scratch using TailwindCSS. As a result, developers can choose between light and dark modes. Also, by default, it can extend links to community sites and SaaS products.

There’s a new artisan:make model command that will allow developers to create a model in the app/models directory. Taylor considered asking his followers on Twitter to find out what they feel about it. When they expressed their willingness, Laravel 8 got this feature.

This framework uses route caching to compile routes in a PHP that’s easier to deal with. With Laravel 8, it will be possible for developers to utilize this system even if they have closures in the form of actions in their routes. It should extend the route caching usage to improve performance standards. If you hire a dedicated Laravel development team, make sure they’re using Laravel 8.

With this feature, no developer has to put up with the issues of double prefixes. In the older versions, the RouteServiceProvider had an attribute called a namespace. Developers used it for controller prefixing in the files of the routes. It led to problems, especially when developers would attempt to use a callable syntax to a controller, which, in turn, causes Laravel to double prefix it on their behalf.

The earlier versions of Laravel featured a system where developers had to resort to repetitive and cumbersome syntaxes while creating a closure-based event. Laravel 8 simplifies and cleans it.

6. The attributes of extended blade components

Those who still use Laravel 7 should know that the child components don’t have access to the $attributes provided to it. You should hire a dedicated Laravel development team that uses Laravel 8 because this new version enhanced the components. As a result, it’s now possible to merge the attributes of nested components.

This feature comes in handy when it’s time to do some maintenance-related work on the application. In reality, this feature lets you stop allowing your users from using it while leaving your developers to pinpoint and fix the bugs. When developers will use this system, it will lead to the creation of a cookie that will remain under wraps. It will allow the developers to fix the problem, but make the application usable even under maintenance mode.

Laravel 8 makes it possible for developers to create closures in the queue from almost anywhere in the code. It will lead to the formation of a queue of multiple anonymous event listeners. These will execute in the background. Due to this feature, it gets easier for developers to do it.

This one is probably the most talked-about feature of Laravel 8. Crafted using the strategies followed by the Ruby library and Sidekiq, job batching makes this easier when developers have to handle several jobs at the same time. It also offers fast notification once every job is complete or when developers encounter an error during execution. Here you’ll find more information about this functionality.

It’s nothing more than an algorithm that can decrease the rate of the developers’ job to find a satisfactory rate gradually. Today, thanks to Laravel 8, this feature is now available in this framework. It’s perfect for jobs concerning external APIs where developers won’t want to try again within the same timeframe.

There are several other features of Laravel 8, but it isn’t possible to include all of them in this write-up. If you’re going to start a project, make sure you seek out developers specializing in the latest version of the most popular PHP framework. Once you do that, you can acquire more information about this version from them.

Chatbot: A Trending Startup In This Era »