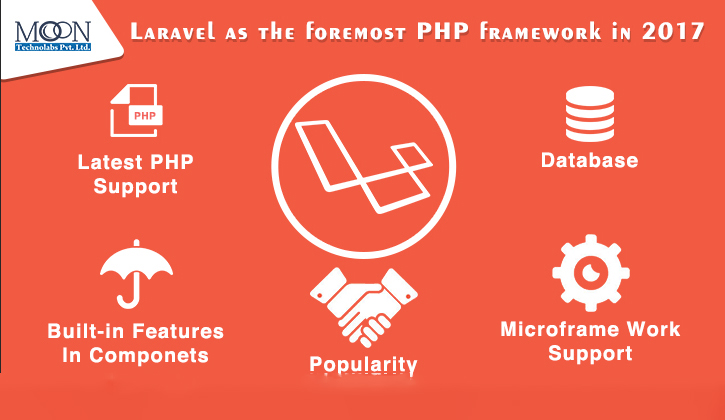 To meet the project’s requirements, developers have to decide upon a framework which will help them to code better and faster. Laravel tops the list of PHP frameworks that enables code re-use and is preferable by almost all Web development companies.

Let’s have a bird eye view at some of its fascinating features:

With all its amazing features, Laravel has outshined most of the popular PHP frameworks and is clearly the winner in 2017. Also, Lumen, a micro PHP framework, introduced by Laravel community recently helps developers in rapid application development.

6 Reasons Why Your Enterprise should Go for Swift App Development »

« Tizen vs Android, which Operating System is better?