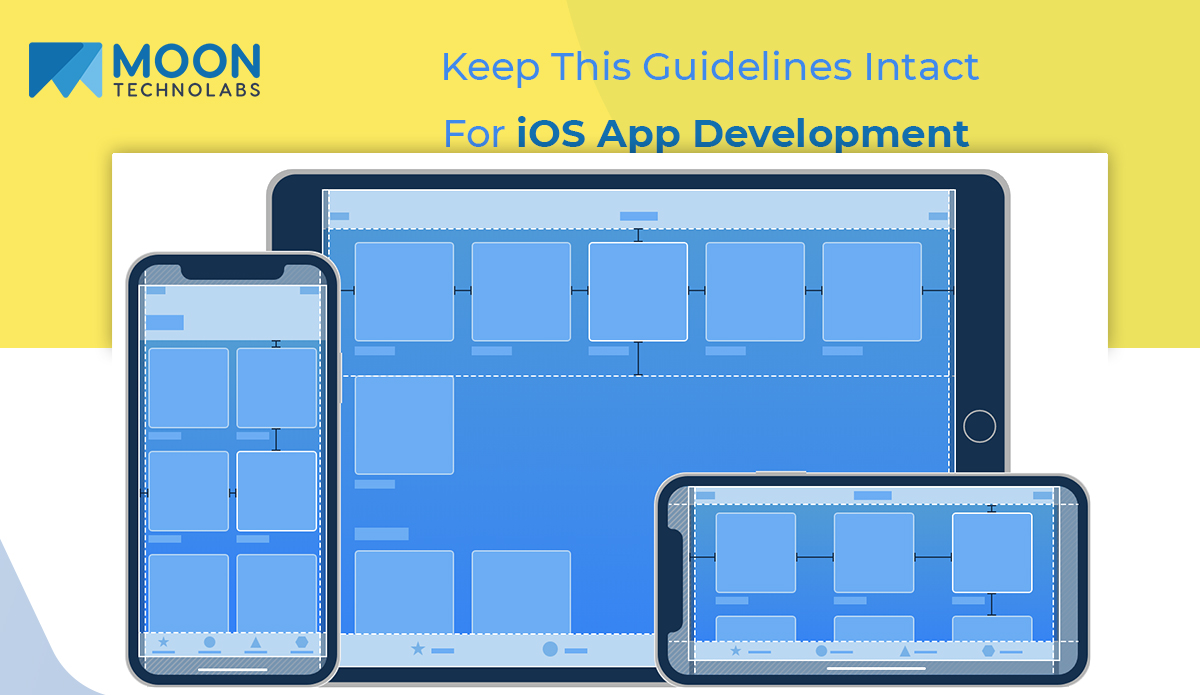 iOS app development is filled with strict guidelines and rules which makes it more harder than Android app development. Many at times, it happens that apps get easily uploaded on Google Store but gets rejected for iOS App Store.

The reason behind this is that the guidelines and rules for iOS app development are set upon user’s want, so if your app is rejected which means that your app is not satisfying and up to the mark as per user’s expectation.

In such a scenario, you need to make sure that your app is in accordance with the following mentioned guidelines for iPhone App development.

Initially, it’s always better to put your idea on paper. You can start with a few sketches. Later on, you can develop the design based on the problem or task it will solve. Every app has a purpose and solves a problem. Moreover, you can also derive your sketches and design based on the purpose of your app while keeping the design all coherent with the app idea. The only exception is a game app. You can also go about sketching user interface and its usage.

Do the detailed analysis and research for your app. Find out if such an app is already existing or not. If yes, has it served the purpose or still left out with certain features or functionality which could also become the USP of your app. You need to also check the current user trend, whether the app is generating any revenue as you would want your app to be better than the existing ones. Also checking up on a few marketing strategies would play along.

The next step involves you to have a blueprint of your app. This is basically the app architecture and roadmap of using your app. A strong wire-frame demonstrates that the app developer is clear with the strategic development of the app.

You can begin the work on design part once you are all set with the wireframe of your app. At times, it is harder to implement your wire-frames. When developers run into this kind of problem, they would usually go about editing the wire-frame but this might come with a cost of reducing the quality of the app and also hampering the user experience.

You can ensure to have a visually alluring interface and eye-catchy animation and graphics in the design stage. You also need to make sure that your app design completes any task or function in the least possible clicks while keeping simple to navigate throughout the app.

Until now, you would have planned the front-end of your app. Now, it is time to focus on the back-end. The app back-end should synchronize with the front-end for seamless performance and to provide users with real-time response. iOS app developers and infact iOS app development company both have to make sure that both the ends work in hand to hand.

Once you are firm with the planning of front and back-end of your app then you should begin with the development. The respective codes can be developed. Even if it is hard to implement your design then also you should not change it and instead put the effort in implementing exactly as you designed.

During front-end of app development keep your focus on the parameters such as deployment, testing, UI design & development, wire-frames & app architecture, synchronization of the database, etc. While on the other hand, you’ll need to concentrate on back-end aspects such as push notifications, services, integration of data, user-experience, server-side maintenance and functions, user authentications & accounts and setting up of back-end structure.

It is mandatory for app developers to do rigorous app testing as doing app testing half-heartedly and in hurry is going to be troublesome for you only and have to put in more effort in the later stage. You should also check up on the following functions while testing your app:

Once you are sure with the above points, you can then think of submitting your app to the store. We have listed a few steps that need to be followed.

There are also some prerequisites that need to be fulfilled before you could submit your app i.e,

10 Reasons That Unfolds The Popularity Of Android App Development »

« Creating The Best User Experience For Your iOS App