Is Apache Cordova And PhoneGap Same? Know The Difference Between Them 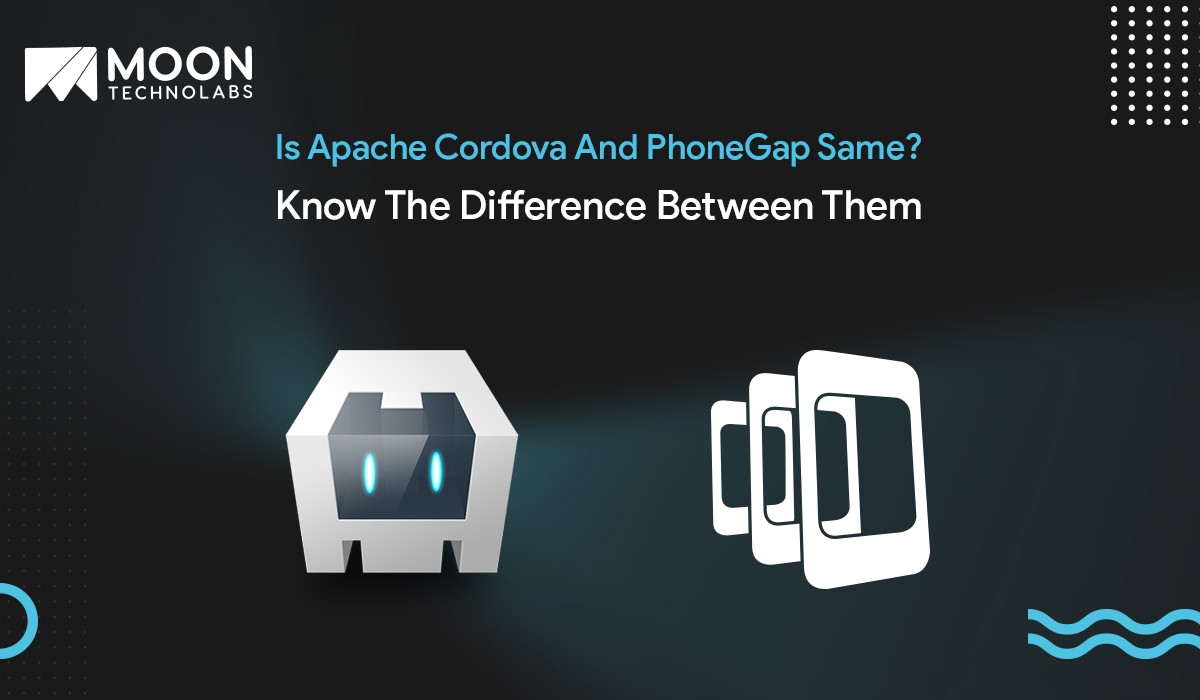 For several years, Apache Cordova and PhoneGap have been the leading frameworks for creating cross-platform mobile apps using HTML. However, many developers say that they are the same. When you look at them from the perspective of core capabilities, they do appear similar. Then again, it doesn’t mean subtle differences can’t exist between them. This write-up will attempt to uncover and explain those differences to you.

The worldwide mobile app development community says that Apache Cordova and PhoneGap are the same. In a way, if you hire dedicated PhoneGap mobile app programmers, you get the facilities that Apache Cordova has to offer. Your goal of hiring PhoneGap developers is to create an application that will work seamlessly on every existing mobile platform, including iOS, Android, and Windows. Then again, you have to acknowledge the fact that building an app isn’t possible without a framework.

In that regard, Cordova and PhoneGap are the most preferred cross-platform frameworks. Developers use both to build apps for all mobile gadgets across every significant platform by utilizing standard web technologies, such as JavaScript, CSS, and HTML. This write-up will highlight a few key points differentiating the two frameworks.

Cordova or Apache Cordova is a cross-platform app development framework designed by Nitobi. However, Adobe Systems acquired Nitobi in October 2011 and changed Cordova to PhoneGap. After that event, Adobe delegated PhoneGap’s codebase to Apache Software Foundation for incubation. PhoneGap morphed into Cordova under Apache’s ownership to make it work for large business houses and organizations and to maintain transparent governance. Cordova is like an engine that provides power to the PhoneGap framework. The relationship between the two is the same thing shared between WebKit and Safari or Chrome. It’s the best place for those interesting in contributing to the open-source projects of PhoneGap.

As you want to hire PhoneGap mobile app programmers, you need to know a few things about PhoneGap first. When it comes to building applications for various mobile devices running on different platforms such as Android, Windows, or iOS, things become extremely difficult for developers. They need to hone their knowledge of different programming languages and frameworks. PhoneGap eases this task by allowing developers to leverage standard web-based technologies and languages like CSS, JavaScript, and HTML to build platform-independent mobile applications. By using the framework of PhoneGap, developers can successfully create, develop, and deploy mobile apps for devices across every platform. In other words, PhoneGap bridges the gap between mobile devices and web applications. It’s also Adobe’s distribution of an open-source project renamed Apache Cordova under the leadership of Apache Software Foundation.

Now that you know a thing or two about Cordova and PhoneGap, it’s time to take a look at the differences separating them.

(1) Introduction: PhoneGap is nothing more than a cross-platform mobile application development framework from the house of Adobe Systems used in developing platform-independent apps for mobile devices. It utilizes standard web technologies like JavaScript, HTML, and CSS to eliminate everything separating mobile devices and web applications. Nitobi Software created PhoneGap, which Adobe Systems purchased later. Then, Adobe Systems released an open-source version of the software program and named it Apache Cordova, a framework used in building native mobile apps using HTML5, JavaScript, and CSS.

(2) Framework: Both Cordova and PhoneGap are open-source platform frameworks having different names. At this point, Cordova is the open-source platform formerly called PhoneGap. Therefore, delegating a dedicated PhoneGap app development team to work on your project means hiring Cordova developers. It means you can use both terms interchangeably because developers can use both to build mobile applications while leveraging HTML, JavaScript, and CSS. It won’t be a mistake to say that PhoneGap is Adobe’s distribution of Cordova with a few extra custom packages and tweaks. The only difference is the name, except Adobe owners the services of PhoneGap, and developers may not always get a chance to use them for free.

Cordova ensures that the app works on all Android devices. Then again, developers need an actual Apple device to fully examine all the device’s features to wrap it up for iOS. Though, it’s also possible to test most of the features using the iOS simulator installed with iOS SDK and Xcode.

(4) Performance: In most instances, hybrid works perfectly well over native apps that use native components like “Text” and “View” over we components like “span” or “div.” The primary advantage of hybrid mobile applications is their ability to build apps for every major platform using a single codebase. Furthermore, JavaScript engines are evolving rapidly with every passing day. Browsers are also advancing on all fronts due to the high-performance hardware that adds to the GPU speeds. As a result, it increases the single-thread performance. However, even with all the powerful animation capabilities of HTML5, the performance of hybrid applications doesn’t match native applications.

From the information provided above, it’s safe to say that PhoneGap and Cordova are interchangeable terms and both are open-source frameworks used to build platform-independent mobile applications using CSS, HTML, and JavaScript. The difference originates from the name. PhoneGap is an open-source distribution center of Cordova that Adobe Systems previously owned, but then they handed the initial codebase to Apache Software Foundation. Therefore, Apache rebranded it as Apache Cordova to keep it open-source and free-to-use. In simple words, PhoneGap is Cordova combined with additional Adobe stuff and custom packages. Just think of Cordova as the power source of the engine that drives the PhoneGap framework when you hire a dedicated PhoneGap app development team.

« Flutter Introducing DevTools: For Debugging of Flutter And Dart Apps