iOS 10.3 : A major Update for App Owners and Developers 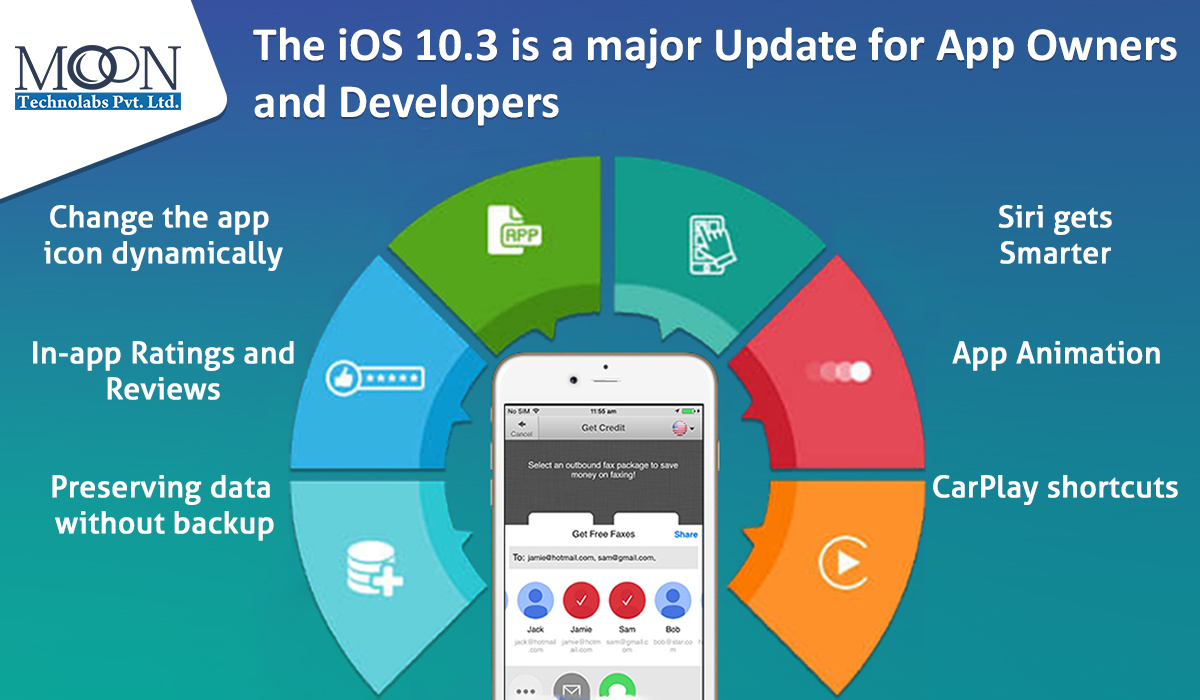 Apple File System (APFS) can be updated to device’ file system (HFS+) by iOS 10.3. This will help save 1-7 GB of storage space. iCloud section displays the settings for icloud backup, keychain and Find My iPhone App etc. It recommends backing up of existing data before updates.

With its compatibility with varied devices like – iPad mini 2 and higher, iPhone 5S and , iPad higher, iPod pro range and iPod 6 and above, iOS 10.3 presents gamut of functionality and has been a most awaited release for iphone users.

IOS App Developers make seasoned updates with help of suggestions from users but they cannot respond to reviews. iOS users can share their feedback by clicking “helpful” or “not helpful”.

Now, users can get all information about their Apple id with details of all connected devices on menu itself. This device also shows all devices connected to iTunes, iCloud, App Store and Family Sharing.

IOS App Development has come up with some delightful features like animation at opening and closing of apps.

Users get to know their most recently used apps and play it quickly via shortcuts.

Phone wakes up as soon as holds it. Notifications remain on home screen.

In case you lose your AirPod and do not wish to spend £65/$69/AU$99 to buy a new one, ‘Find my iphone app’ with its latest feature – ‘Find my Air Pod’ can save you. Especially designed to keep track of Apple’s Wireless Ear Buds and you can still play music.

iOS 10 notifies its users for a possible damage due to water and provides instructions to avoid it.

Menus are divided into several panels, when swiped up from the bottom. Features like stopwatch, flashlight, calculator, and camera are provided as shortcuts at bottom of screen. iOS app developers have shifted an iOS 9.3 feature, ‘Night Shift’, above this quartet.

Now users can enjoy ‘imessages’ in the same way as they used to do via Facebook, as they can be illustrated with graphics and emoticons. Editing a single document by multiple users has become easy with iOS 10.3. Music streaming has become easy. Room temperature, fan, window blinds, lights everything is managed via home-kit app. Home screen is un-locked by swiping it right. All these and more features, released with final update of release 10 has eased various tasks of iphone developers and users. Apple users await the support for 32 Bit Apps.

Everything you want to know about Beacons »

« The Emerging Trends in Mobile Commerce 2017

Importance of Apps For eCommerce Businesses And How To Promote Such Apps?

What Makes Xamarin The Best Platform For Mobile App Development In 2021?

Healthcare App Development: What Does the Future Hold?

What’s New In Angular 13 And Why Should You Use It For Web App Development Projects?

The 10 Best Food Delivery Apps In The USA