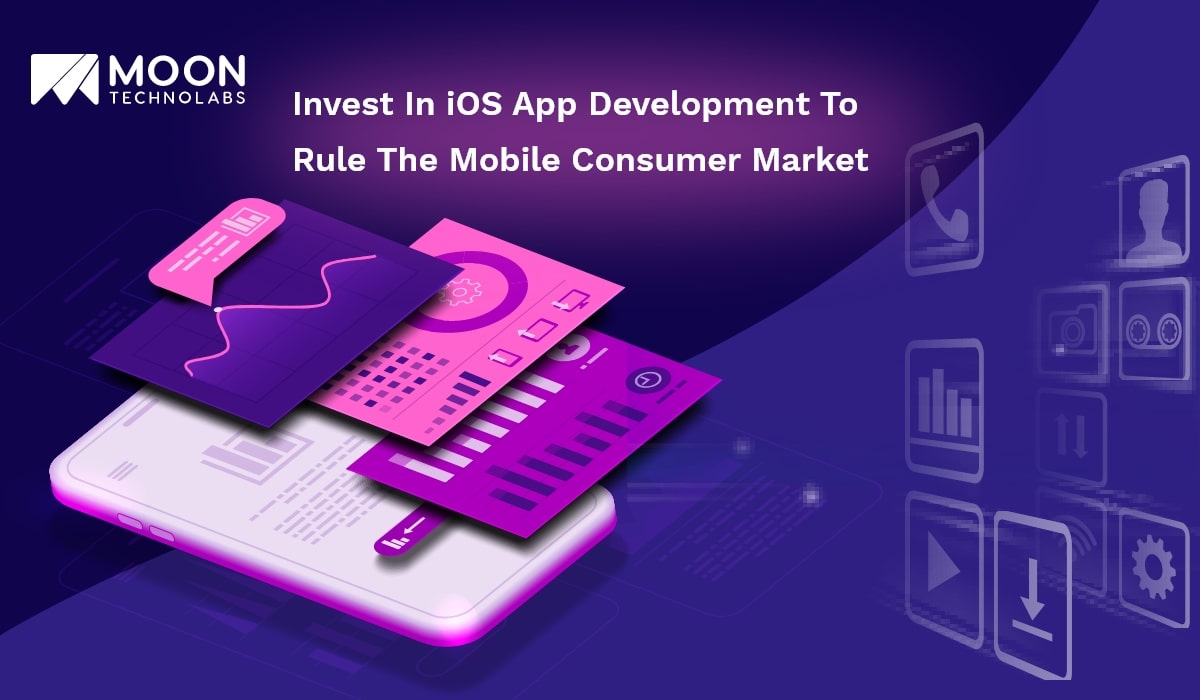 While mobile apps are now essential for running a business, the ones made for the iOS platform have the power to dominate the market. Here you’ll learn how and why.

Companies of all sizes and scales are perfectly aware of the necessity of mobile applications. Business owners know that they can leverage mobile apps to boost their organizations in multiple ways. For example, a mobile app can help a business branch out to climb newer heights in terms of consumer reach and revenue.

If you’re a business owner, you can incorporate different resources to build your mobile application. Or, you can delegate the task of development to third-party providers of iOS app development services. You can also opt for iOS or Android app development depending on your target market.

Now, when it comes to building mobile apps, you have to choose a platform first. Today, the most prominent platforms include Android and iOS. In terms of the user base, Android trumps iOS worldwide. However, Apple owns the highest share of the market in the USA and North America. The percentage values stand at 57.22% and 52.28%. In the UK, Apple holds 51.4%.

These numbers prove that this brand is formidable. You won’t have a reason to second-guess your choice if you resort to iOS development. Rest assured, your company will receive the boost it needs with iOS applications. You’ll benefit from it, especially if you create the app for the so-called “developed” world and the techie market. 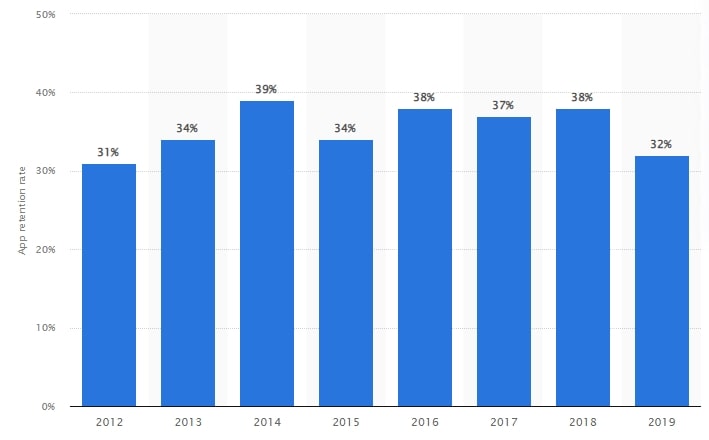 It’s safe to say that the apps designed for mobile devices are the uncrowned rulers of today’s world. They can make the world go round right now. The consumer market of today displays an unquenchable thirst for mobile applications of all kinds. Whether it’s for entertainment, business, fashion, eatery, travel, or something else – mobile apps stand above everything else.

Due to technological enhancements, consumers always keep their eyes open for companies offering instant gratification of their wishes. You can do the same thing and pull a massive chunk of the market towards your business. You only need iOS app development services offered by world-renowned app development agencies like Moon Technolabs.

Back in 2018, the total projection of app downloads amounted to 269 million. It means, on average, every individual from every corner of the world downloads about 30 apps approximately.

The popularity of mobile apps

Yes, websites were glorious once, but little did the world know that they had their days numbered. It’s all about mobile apps these days. Agencies offering iOS app development services can’t take a break these days because they have too many projects in their hand.

Additionally, about 87% of folks dedicate more time to mobile apps than websites. It’s another one of the main reasons why you should invest in iOS app development. Just make sure that you delegate the task of development to professional providers.

The popularity of iOS

Every user of iOS devices knows that they provide a much smoother user experience compared to Android or Windows. Also, the community of mobile app developers backs the iOS platform. About 64% of all developers around the world work as dedicated iOS development service providers in the market.

This fact further bolsters the evidence that iOS is now the most popular choice. Thanks to the presence of a massive pool of resources, you can choose, handpick, and even finalize the kind of resources you want to invest in iOS projects. You only need to make sure that you select a provider based on the project scope, expertise, time constraints, and budget of your project.

When it comes to app development platforms, statistical data says everything. Today, about 5 million or more apps are available for users to download and use. About 2 million of those apps exist on the Apple App Store. This information alone clearly describes the fame of iOS apps and associated devices.

Also Read : Should You Build For Android Or iOS? When To Opt For Both?

On average, about 1,082 apps get published on app stores every day. These apps await a good response from users spread throughout the world. App development is all about providing appealing functionalities, features, and user experience. Additionally, every app has to be easy to use and practical for customers.

If you hire mobile app developers from organizations like Moon Technolabs, and if they manage to build it properly, your app will emerge as a winner in the market. It’ll gain momentum slowly to become a popular choice among frequent app users.

It won’t be wrong to say that the brand Apple is now the “apple” of the eyes of hundreds and thousands of people. You’ll probably believe it only when you see some concrete evidence, though. To that end, here are a few pieces of statistical data.

Thanks to mobile app developers with experience in iOS development, numerous applications of various types are available on the Apple App Store. Business owners and entrepreneurs have been coming up with different ideas. Some of them are quirky, while others are fun-filled. They test these ideas to analyze the audience’s response.

At times, ideas come from the user base itself. For instance, the idea of WhatsApp became world-renowned the moment it appeared in the market. App preference is a factor that depends on specific age groups and gender. Many people prefer to download games to play and relax or partner with friends to kill time.

Three years ago, people were spending too much time online to socialize. Thanks to all the filters and the popularity of taking “selfies,” the deal with setting up a personal image to become a celebrity within the shortest possible time became a trend in 2019. It’s one of the main reasons why the most recognized apps fall into the social media category.

Social media platforms also form a predominant category. Here are the apps that gained more attention than others.

Other top-grossing applications of 2019 include the following.

Leading iPhone apps in the Apple App Store worldwide in October 2021, by revenue

The combination of Apple and iOS is an unstoppable force in the world of mobile technology. Naturally, the market will always remain full to the brim with iOS applications. You’ll also find hundreds and thousands of app development agencies, but only a few of them can design something specifically for your business.

Moon Technolabs is one such company that has been in the business of mobile app development, software development, and other digital product development services for years. The experts working there can help you turn an awesome idea into a world-class mobile app. Contact them if you wish to create such a groundbreaking solution.

The Rise Of Cryptocurrency & Smart Contract In Blockchain Industry »

« 10 Reasons Why Swift Is Best For iOS App Development