How Hybrid Apps Can Be Beneficial To Startup Businesses? 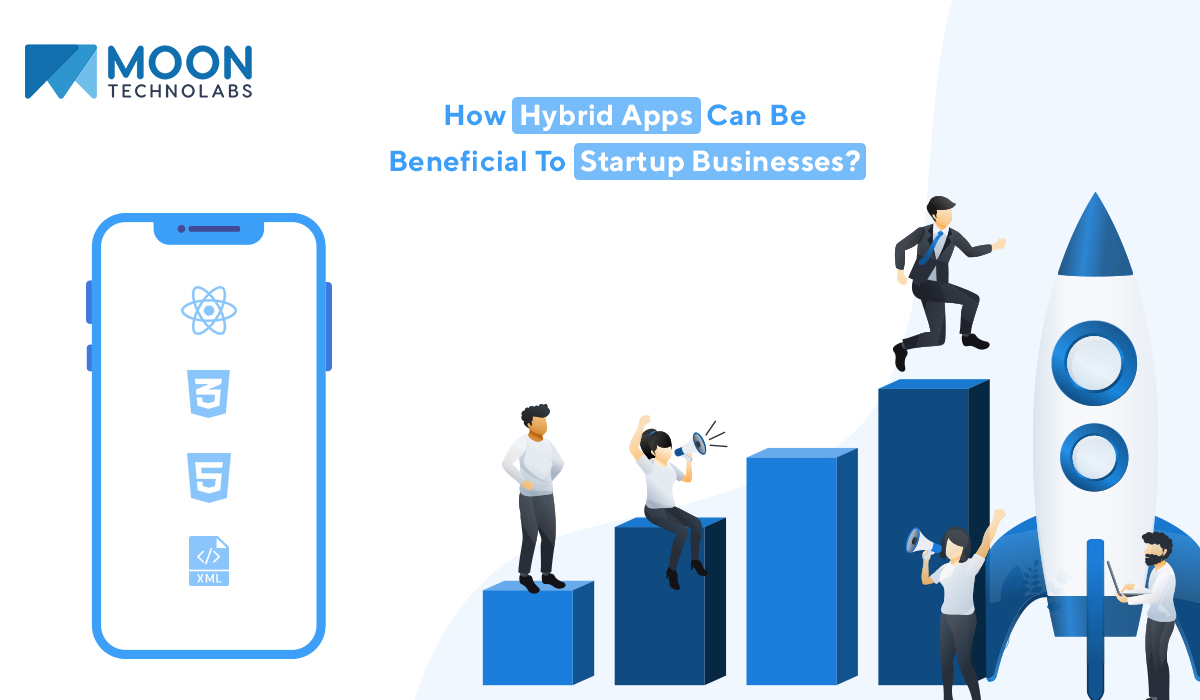 Are you the owner of a startup business and thinking of developing an app for your business? If that is the case, then you probably have several questions in your mind. You’re probably wondering whether you should go for Android, iOS, or hybrid. Indeed, you can combine the two by opting for a hybrid app, but there’s also the matter of starting with a web platform first and then framing an app around it. So, what should you focus on? It’s precisely what you’ll learn about here on this topic.

As the owner of a new startup business, you may consider the idea of developing an app for your business. Then again, as soon as this idea penetrates your mind, you’ll experience an onslaught of questions. Should you pick Android? Should you select iOS? Should you combine the two via hybrid mobile app development services? Should you start with a web platform and then weave the app around it? Which one of these possibilities deserves your attention?

Regardless of the answers that you come up with, one thing will always be certain – your app has to be able to offer an impeccable user experience. Startup business owners can’t lose their potential customers over an unlikeable user experience. Then, there’s the consideration of the budget. You’re not a fully established business owner yet. Naturally, you can’t spend with both hands. You have to stick to your budget at all times. The best solution to all these issues is hybrid mobile app development services.

Before knowing why hybrid mobile app development solutions for startups are perfect for you, you need to understand what a hybrid app is all about. It’s a mobile application that works on multiple mobile operating systems. Whether it’s Windows, Android, or iOS, the app will do its duty. It will even work on browsers, such as Google Chrome, Mozilla, IE, etc. A hybrid app is the same as mobile applications for end-users and one can install the app from Google Play Store or Apple App Store. In technical terms, however, a hybrid app is different from everything else. It works on a combo of CSS, HTML, and JavaScript.

Usually, mobile applications work on one platform only. If an app developer creates an app for the iOS platform, it won’t work on an Android-powered device and vice versa. It’s where a hybrid app enters the game with its unique powers. It’s possible to host them inside a native application that uses a mobile platform’s Web View that provides access to systems, such as the camera, accelerometer, contacts, etc. Or, it can be a combination of both native and web applications. Now that you understand what hybrid apps are, you should continue reading to find out what makes hybrid mobile app development solutions for startups the best for you.

(1) Reduced expenses: The cost to develop hybrid apps is lower than every other kind of application because the overall development process is easier. App developers will make the app work on Android, Windows, and iOS by using the same code. It’s one of the main reasons why startup business owners prefer hybrid apps as they have to run their company on a limited budget. If you ever encounter a moment when you think that you need to introduce changes to the app, then you can go for it without hesitation. After all, you won’t have to put with the expenses and hassle of making alterations in two separate versions of the app.

(2) Limited requirements: Another reason why the cost to develop hybrid apps is low is that it has fewer requirements. Developers won’t have to learn new or different programming languages that are unique to Android and iOS. They can create an app that looks and feels like a native app using a programming language called C#. They can even supplement it with frameworks, such as Cordova or PhoneGap wrapper. It means that any developer can come up with a hybrid app with a bit of training.

(3) Offline help: When it comes to saving offline data, hybrid mobile apps store the API of the device on which a user installs it. This feature lets the app load faster than other native or web applications. It saves information partially while allowing users to access it when the internet connection becomes unstable or is unavailable. Users who wish to decrease their mobile data consumption love hybrid apps.

Besides, one such app provides uninterrupted access to the data stored in it. You can probably imagine how useful this feature will prove to be when it comes to maximizing the number of potential customers.

(4) Easy to maintain: Finally, hybrid apps utilize every feature that a mobile device has. If it’s a native app, things will get challenging for users and developers during maintenance. Native apps use all the features of the device too, but maintaining them isn’t a simple task. Whenever you consider launching a new version, your developers need to release new versions. As a result, users need to update the app. There’s no such problem with a hybrid app. They bypass versioning and make maintenance tasks a piece of cake. Such high levels of flexibility further facilitate the scalability requirements of your startup.

Final words
It’s safe to state that every business company should have a mobile app these days. If you have one, then you can penetrate the market swiftly and retain your competitiveness. With a hybrid mobile app, this job gets a lot faster and simpler. Business giants, such as Instagram, Twitter, Uber, and others, leveraged the benefits that hybrid app development has to offer. So, if you don’t want to follow the trails left behind by your business rivals, then you must opt for hybrid app development.

How Much Does it Cost To Level-Up By Developing AR/VR Based App? »