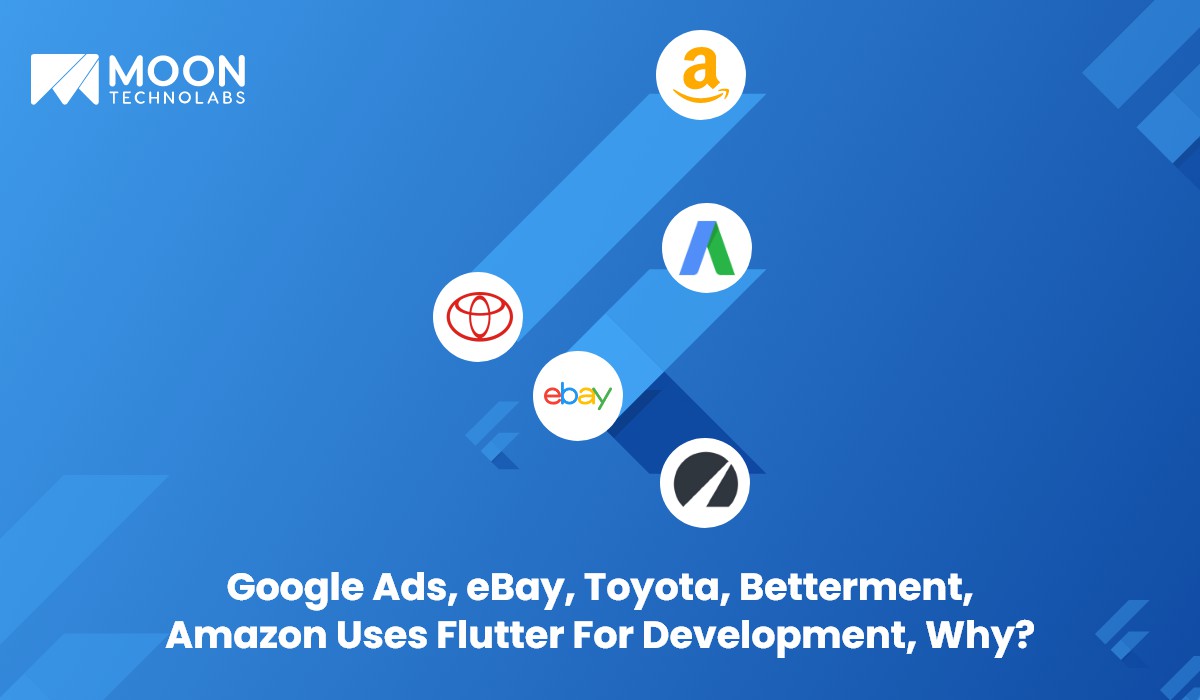 Planning to get a mobile application developed for business purposes? You should pick Flutter as your development kit, just like world-renowned business brands like Google Ads, eBay, Amazon, and Toyota did.

A few experts didn’t hesitate to say that Flutter will be ruling the scenario of mobile app development in 2021. It’s all set to be the most usable framework. With every passing day, enough information becomes available on the internet concerning companies that released new mobile applications developed using Flutter. The same goes for businesses that shifted to Flutter. There are also several persuasive stories about how this framework augmented the processes they followed for development.

At the moment, hiring a flutter app development company is what most companies of all sizes prefer. Whether it’s an enterprise-level organization or a small business firm, everyone has something to gain from Flutter. It’s one of the best toolkits available at the moment for the development of aesthetic mobile applications that will work on screens of all sizes, including macOS, iOS, Windows, the web, Linux, and, of course, Android. Additionally, more features, functionalities, and systems came with Flutter 2 that appeared a short while ago.

So, what is Flutter anyway? This quick overview will give you an explanation of what it’s all about.

Now you probably want to know why you should hire dedicated flutter app developers. Well, for starters, you’ll be using something preferred by Google for the mobile applications it creates. Secondly, it’s always more time-consuming and costly to build native applications separately for iOS and Android platforms. Thirdly, using Flutter is profoundly easier compared to other similar frameworks, such as React Native. You won’t get a chance to complain, at least as far as performance standards go. With it, the developers you hire will be able to design user experiences your users will fall in love with instantly. Apart from everything already mentioned, Flutter has numerous features, making it the best choice for iOS and Android applications. You already know about one of those features – Hot Reload. These are just a few of the compelling reasons why the brands of today don’t hesitate to hire dedicated flutter app developers.

Some of the most recognized names in the world of commerce currently use Flutter for the development of various digital business solutions. These are the most noteworthy ones.

There isn’t a soul in this world that doesn’t know the name of Amazon – the e-commerce giant that laid an indestructible foundation and changed the world forever. Quite recently, the brand published several job posts to attract developers experienced in working with Flutter. It did so because the company hopes to build the AWS mobile SDK for this framework. Developers will keep working on the Amplify system for the library of Flutter as it ensures a seamless transition for applications utilizing the services of AWS. It’s something worth knowing because AWS is the most favored provider of cloud services. The ease of integration with the AWS of Amazon can work as a noteworthy selling point for businesses planning to use this framework.

This company barged into the scene after using Flutter to build an application. With this app, it got the power it needed to face the problems associated with offering consistency in the experience of purchasing vehicles online, and it did so for both Android and iOS platforms. Several weeks ago, eBay Motors published an article containing in-depth information about their experience of building their mobile application using Flutter. This article contains a lot of data regarding the method of creating an app from the beginning. Flutter can accelerate the process of development beyond expectations. As a result, it makes the team working on the app happier.

You may argue that Google is the owner of Flutter, and this fact forced the internet giant to use it and build Google Ads. Well, that isn’t the case. Google Ads is an extremely important tool for business owners of both small and large companies. With it, they can take care of their advertising campaigns whenever they want. In reality, Google acquired and used Flutter for Google Ads because it simplified the entire process of keeping tabs on ad management and performance. There’s a “cl” tool that allows users to unearth detailed information about ad campaigns in real-time. The capabilities of the framework augmented all the services provided by Google Ads.

Toyota is currently standing in the frontlines and leading other brands for embedded Flutter. It did so by creating next-generation infotainment systems for the automobiles they build. The Chief Engineer of the brand gave four reasons why Toyota resorted to Flutter. The first one is the performance of the framework in restricted environments. The second one is that it allows the brand to create a user experience felt when inside the vehicle. Through it, the brand lives up to the expectations of its customers. With Flutter, Toyota even developed seamless touch mechanics. The third one is the developer ergonomics of the framework. It lets developers use every multi-platform tool available. Finally, Flutter made the iteration cycles faster, which, in turn, allowed the brand to improve its customer experience.

It hasn’t been long since this brand managed to raise almost $18 million for investing in the development of their new virtual support platform. According to market researchers, Homethrive has an exceptionally proficient team of developers working with them to create an application using only Flutter. This new application will let recipients chat with caregivers using a video conferencing system to ensure social, as well as emotional care.

This one is an example worth including on this list because it’s a massive business firm that resorted to Flutter when it needed help scaling its mobile development. An article released by Realtor.com contains the brand’s experience in detail while using Flutter to build its application. The individual who wrote it mentioned the incredible power of the framework, and how it increased engineer productivity. Additionally, they managed to counter an issue affecting the entire world of app development. What options do you have when your Android and iOS development teams work without synchronizing with each other? Instead of delegating the task of development to two separate teams, this brand chose to go down the “cross-platform app development” path. It proves that Flutter doesn’t only transform an application. It can rejuvenate the team working on the app culturally, as well as dynamically.

One of the best things about using Flutter is that the team won’t have to start from the beginning. There’s a strategy where a developer can use Flutter for an existing application build for a native platform to shift its features to a cross-platform app using a feature called “add-to-app,” and the business that gained profoundly from it is called Betterment. The mobile app of this brand is crucial for achieving success in business because it lets customers invest and gain access to financial advice from experts.

As you can see, there’s a lot to gain from using Flutter for the development of your business mobile application. Now that everything’s said and done, you probably want to know how much does it cost to hire flutter developer. Well, it depends on the development agency you choose to work with, as well as the features you want to add. Furthermore, the complexity of those features will also be a decisive factor. You should consider these matters and discuss them with the representative of an app development agency. In the process, you can also ask how much does it cost to hire flutter developer.

Top 10 Most Popular Fitness And Wellness Apps In The USA »